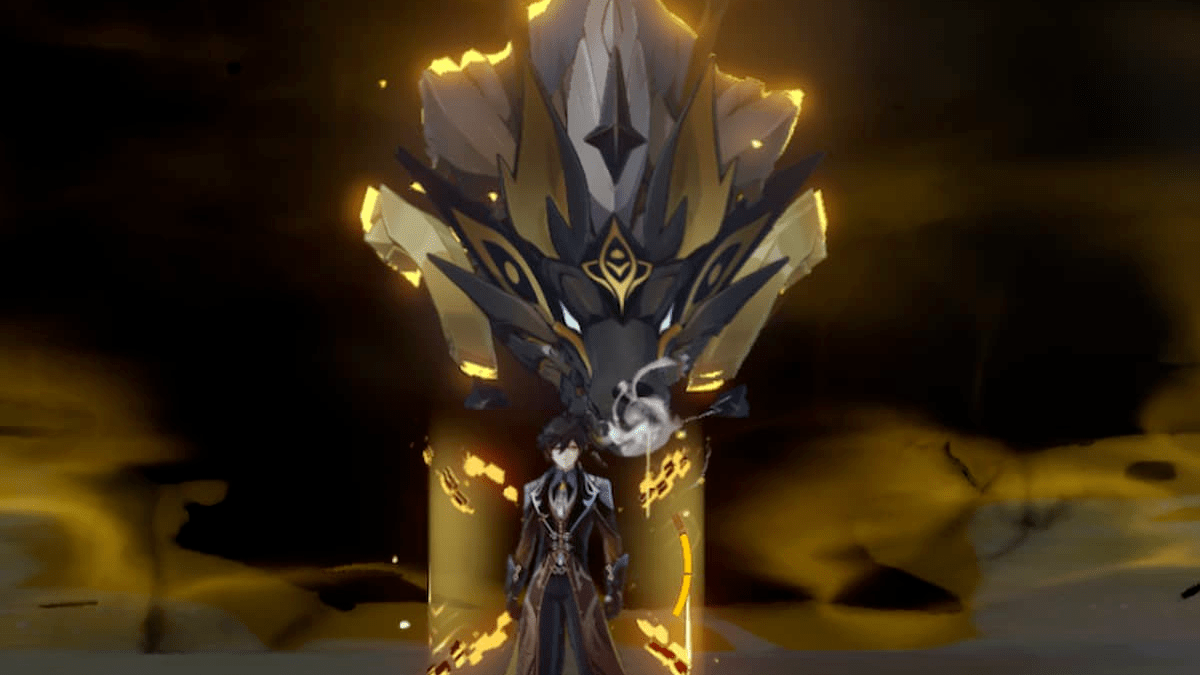 The Golden Wolflord is a new world boss in Genshin Impact, added with the Version 2.3 update. This new boss drops a unique boss material that is necessary for some characters’ ascensions. The boss is a little trickier than other world bosses and requires a unique strategy on its own.

The Wolflord is found in the south end of Tsurumi Island, right underneath Wakukau Shoal. There’s a teleport waypoint by the boss you can take if you unlocked it during the Version 2.2 update. The boss will appear like a crack in the sky, a bright yellow line that creates a rift in the space in front of you.

When you start the fight, the Wolflord will emerge from the rift, taking reduced damage and subsequently flying high in the air. The Wolflord will frequently slam downwards, spinning his tail and ejecting a large laser in an area of effect. Additionally, the Wolflord sends out projectiles that will hone in and follow you.

You can damage the Wolflord once it ascends to the ground. Deal as much damage to it as possible in these states. The Wolflord is particularly vulnerable when it shoots out its laser, as the area of effect is small. The Wolflord will also incapacitate itself after a dangerous tornado attack, where it will remain stunned for a brief period after the attack ends.

The boss has a second phase after its health drops about 50%. The Wolflord will gain a huge shield that can only be destroyed after you destroy some totems the boss drops. These totems can be destroyed by utilizing any Elemental Damage, but the totems are weak to Geo damage. For this reason, it’s recommended you bring any Geo character you have to dispatch these totems quickly.

After the Wolflord’s shield is gone, it will remain stunned for an extended period. It’s during this period where you should deal as much damage to the Wolflord you can, ideally destroying it completely. Beat the Wolflord, and you’ll be able to claim the new boss material for 40 resin.