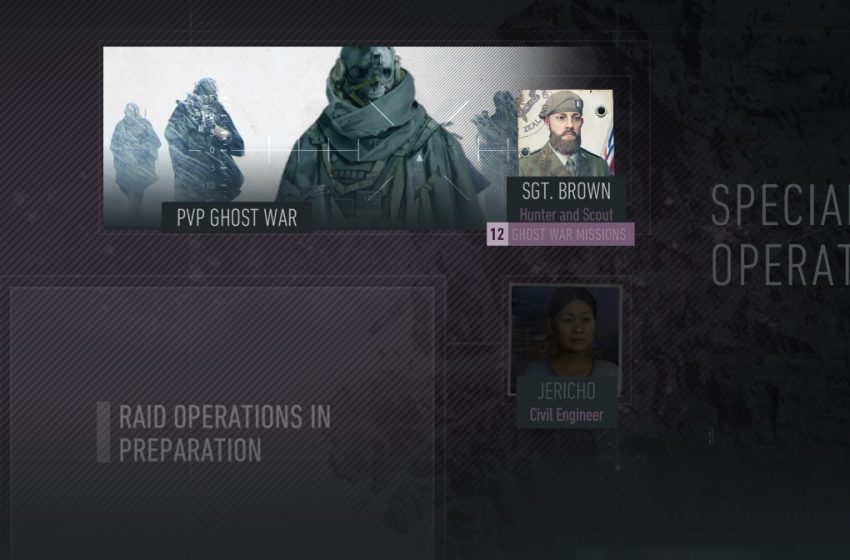 When you want to take a break from the main mission and resource gathering of Ghost Recon Breakpoint, you can always spend a little time in the PvP area called Ghost War. You have a handful of options available to you, from choosing a standard multiplayer match or a custom game. While you’re playing the standard multiplayer mode, you’re going to have missions you can complete to earn additional rewards.

How to Play Ghost War in Ghost Recon Breakpoint

You won’t be able to play the game immediately. You’re going to have to wait until you recover from your helicopter and meet the locals in charge of the area. From there, you can choose to continue playing through the game or go open up the Ghost War option in your main menu. You’re going to find it on the left side of the screen. You can also access this menu by finding it on the far left of the upper menu, designated by the two guns crossing each other.

Related: The Skill Tree and What You Need to Know for Ghost Recon Breakpoint

When playing the standard matches, your overall Gear Level does not get factored into the matchmaking quality. Instead, your gear remains the same, but everything becomes a standard number making it easier for even those starting in the game to jump into the PvP.

When you go into a standard match, you’re going to link up with seven other party members randomly. You’re going to get broken up into teams of four, and you have two different game types to partake in Ghost War.

Those who play in elimination are going to need to beat the other team’s overall skill and take them out before they take you out. The two teams start on the map and have to make their way towards each other gradually. The developers added a damage circle, much like what you’d see in a battle royale game, to encourage players to continually move through the map rather than remain in a single location. If you get caught outside of the circle, you’re going to take damage.

In Sabotage, one team has to plant bombs at critical locations, whereas the other team defends those positions. Each team only has one ticket, so each team must take their time.

For those who want to play with some of the settings in the PvP mode, you can create unique lobbies with standout modifiers and rules. However, those who partake in these games are not going to gain any progression for the game. You’re going to want to check out these modes if you’re going to try out different loadouts with friends, or merely fool around with one another.

You can find missions on the bottom tab of the Ghost War menu, underneath Standard matches. Ghost War missions are tasks you need to complete during a Ghost War match. Completing any of the objectives rewards you with skill points, Skell Credits, more customization options, and you can even earn exclusive Ghost War perks to make yourself even stronger in the multiplayer mode.