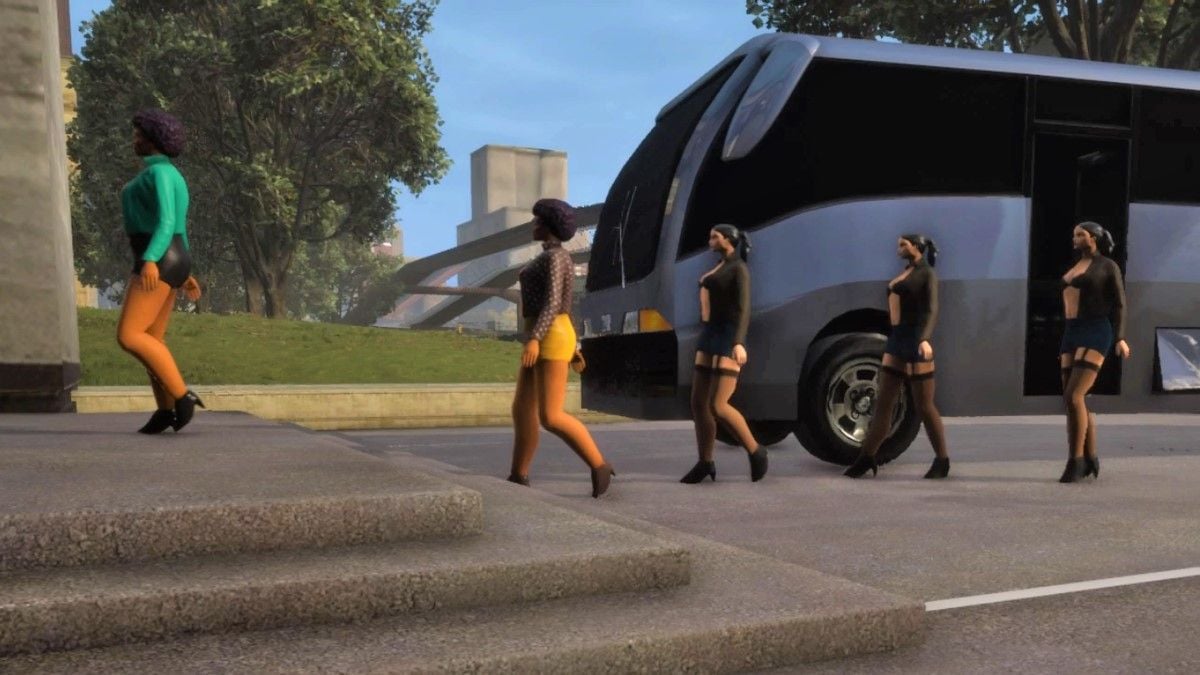 If you want to get the Got This Figured Out trophy/achievement in GTA 3: Definitive Edition, then finding a Coach is the easy part. There are two Coaches in a depot on the Portland Industrial Estate. Actually getting 8 prostitutes onto the Coach and into the Liberty Police Department’s Annual Ball within 5 minutes is the hard part. It’s very hard, but this trophy guide for Got The Figured out will give you a fighting chance of beating the clock.

Related: How to get to the other islands in GTA 3 Definitive Edition

Before you even start the The Fuzz Ball mission by visiting Luigi, get a vehicle with space for at least 3 passengers, like a taxi, a van, or some other large car. You could actually go get the Coach first and park it outside Luigi’s place, but using a car for the first three girls is faster. Park your vehicle outside Luigi’s pointing south.

Now it’s time to go get that Coach. Continue south, then take the next left. Follow the road as it curves left, and the way into the Coach depot will be on your left. Park next to the Coach which is pointing towards the exit to the depot, then get into it. Watch very carefully and patiently to make sure all three girls get on the coach. They do it slowly and one-at-a-time, and you don’t want to leave any of them behind.

Turn left as you exit the depot and cut across the grass to reach the fourth girl. Pick up the fifth girl under the railway in Saint Mark’s. Reverse back onto the road heading north to get to the sixth girl. Don’t try to go up the hill and around – the Coach is way too slow uphill. After the sixth girl, head straight along the road north to get the seventh girl near the junkyard. Reverse out, then follow the road under the bridge to reach the last girl.

Turn right to get onto the main road on the west side of Portland. Speed down this road, then turn left to go through Chinatown and reach the policeman’s ball. On the map, it looks like the main road turns and leads directly to the police-man’s ball, but it doesn’t – it actually reaches a dead end under the bridge, so turn left before the end. If you reach the ball before the time expires, you’ll get the trophy/achievement, although it takes about 15 seconds for all 8 girls to get off the bus and into the policeman’s ball, and if they’re not all in before the time expires, you’ll fail the mission.