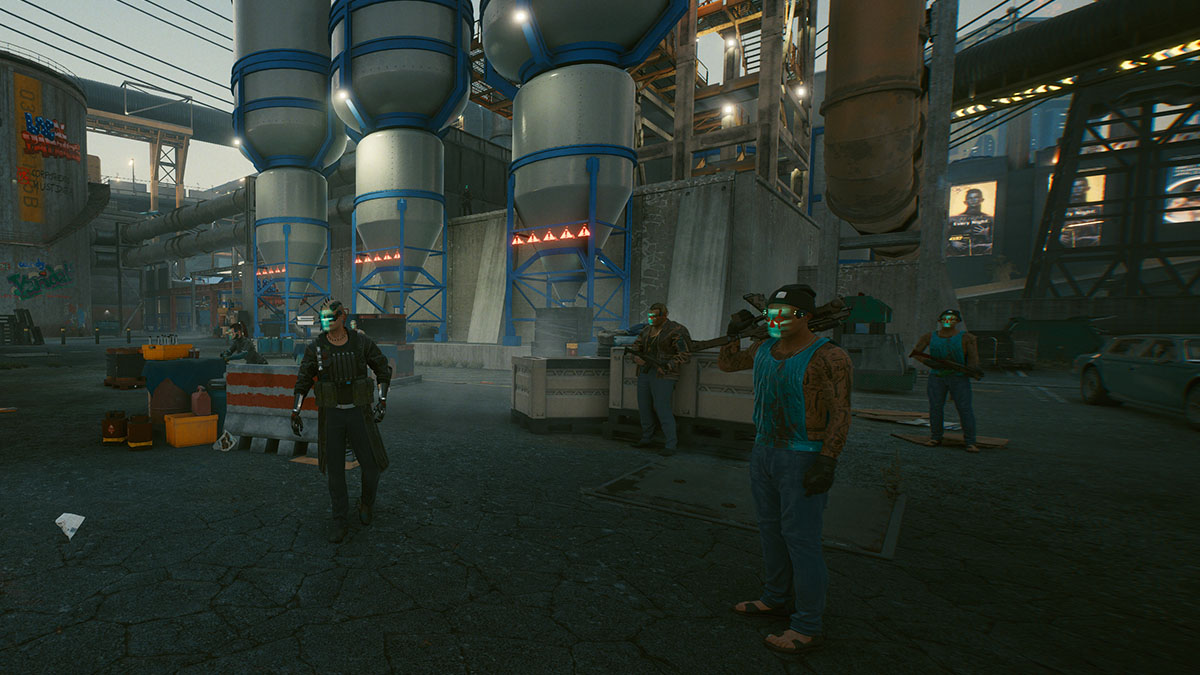 The Gun Music side job can be found in Arroyo in Santo Domingo. You will need to help the Nomads to negotiate a deal with the Scavs. Scavs, being Scavs, don’t really want to part with the cash, and just want the guns.

For the most part, this will play out violently, except under once specific circumstance.

When you arrive, the leader of the Scavs will demand to know who you are. You can introduce yourself as V. He will say he doesn’t care, and will continue to make veiled threats. After that, tell the Nomad’s that they cannot trust the Scavs.

At that point, the Scav leader will get a phonecall. It turns out that this call is telling him all about you. They recognize you from The Rescue mission, and they know that you killed a lof of their friends.

He will let you know this, and will begin to threaten you again. If you have a high enough Body stat, you can just initimidate him into letting the deal play out. You need a Body stat of 11 for this be an option. If you can’t do that, then things are going to bloody and there is nothing you can do about it.

It’s a good idea to have a sniper rifle, as the Scavs have an enemy sniper placed in the gantries across the street from where the deal is taking place. If the shooting starts, you should make it a priority to take them out, as they hit very hard. After that, you can mop up the rest of the Scavs in the yard.

Carol and the rest of the Nomads will be greatful for the help, as they were not going to get anywhere with the Scavs on there own, and it is clear the Scavs were planning to double cross them.