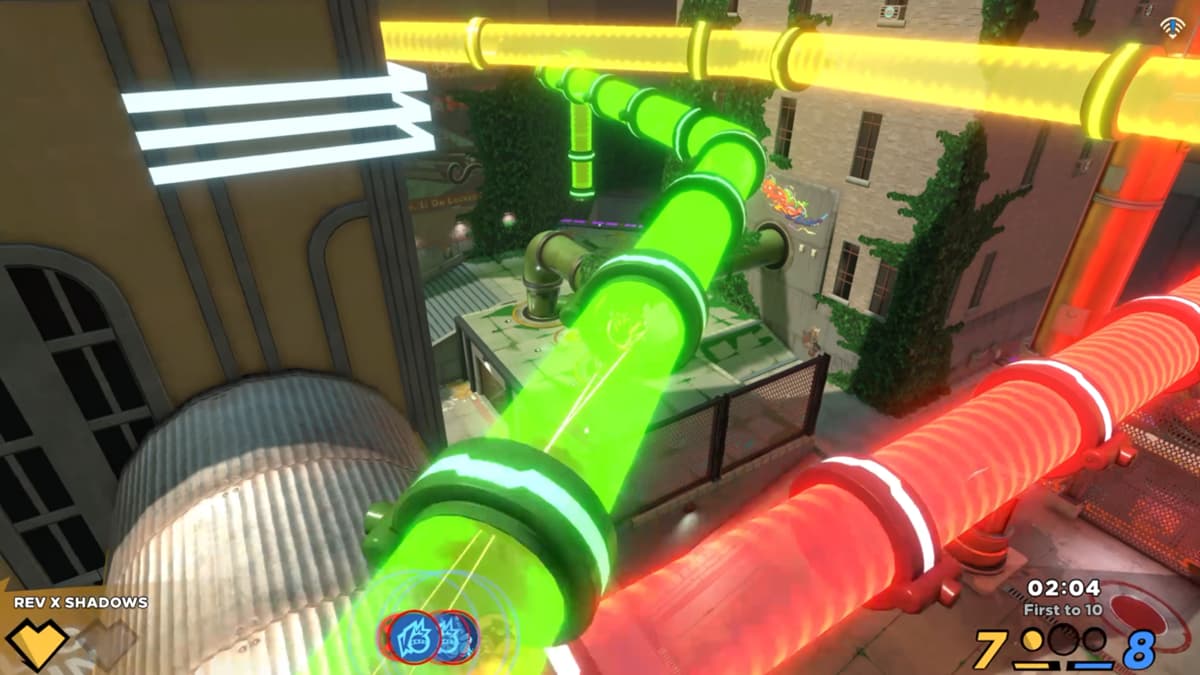 For this secret achievement/trophy, you need to dodge an incoming attack from an opponent by taking one of the tubes in Back Alley Brawl, the only map that has tubes in it. This will actually be one of the easier accomplishments in the game.

All you need to do is situate yourself near the entry point of a pipe. There are three different colored pipes around the map, and you can tell which end is which by the air stream being sucked up into it or not. Wait for an enemy to appear with a ball in their hand, and let them throw it at you. When the screen goes red around the corners, that means a ball is incoming. Walk into the jet stream before it hits you, and you will be rewarded with your achievement or trophy on the other side of the pipe.

In our games, we have found that the pipe that gets the most attention is the green one. The red and yellow ones can occasionally have people around it, but the green one gets much more traffic based on its location, making that the prime target to camp out at.