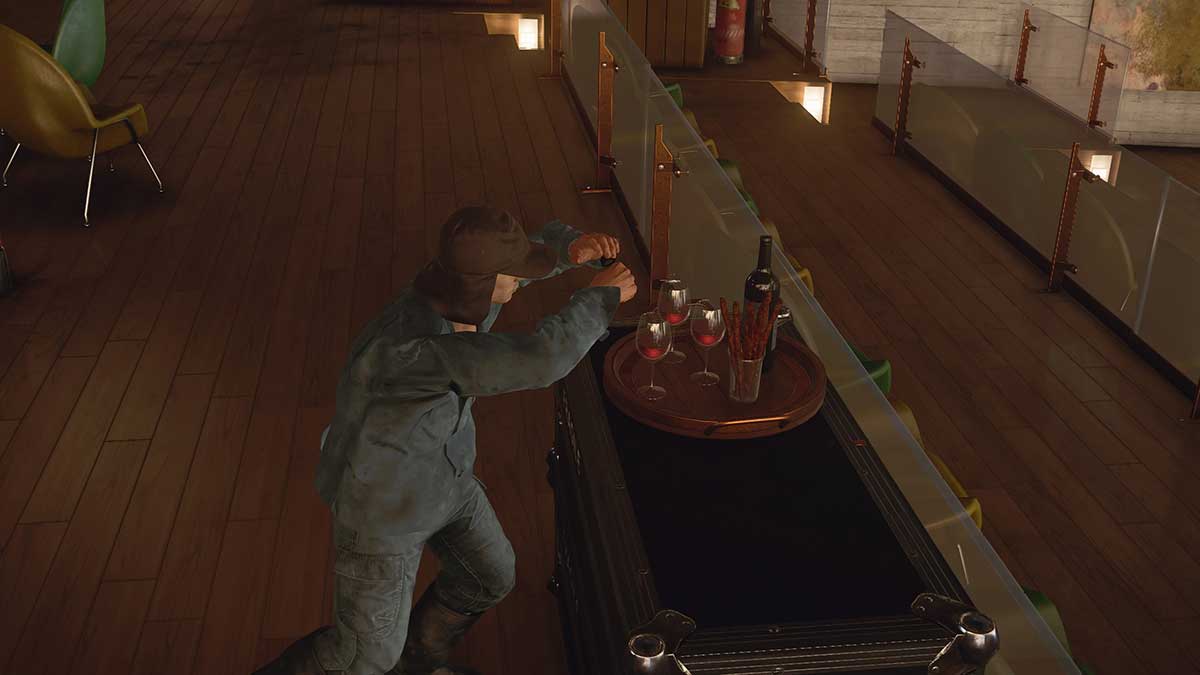 In The Deja Vus Elusive Target Arcade mission, you must kill three legacy Elusive Targets without failing any of the individual parts or the additional objectives. This guide explains how to complete each mission with a rank of Silent Assassin so that you can pick up the highest score possible.

Every Elusive Target Arcade mission has a stipulation that if you fail in any way, such as dying after killing the target, for example, then you will be locked out of the mission for 12 hours. We recommend following our routes a few times without killing the targets to get used to the layout to avoid this. Then, when you’re ready, you can go for the kill and proceed.

Related: How to get The Yellow Rabbit Suit in Hitman 3

In this first mission, you must kill The Iconoclast, but additional NPCs have been introduced who will see through certain disguises. This makes any route you might be used to irrelevant since you can now be detected where you couldn’t before. We recommend bringing the lethal poison vial and a Coin of any kind. You can choose your own outfit, but we think The Yellow Rabbit Suit is a good one to go with.

From the starting location in the parking lot, find the invitation sitting on the wall in the central structure. It’s just behind a man on the phone speaking with someone while he smokes. See above for a map reference. With this in hand, you can get into the party and go upstairs, but stick to the left of the main entrance instead of going inside for now.

Once you’re on the roof and near the restaurant, head to the back and take the disguise from the waiter leaning against the large planter. You need to subdue him from within the planter to hide his body. Now, make your way to the table of food to the right of the bar that you passed on the way to the waiter. See below for a map reference for the table of food.

There’s a waiter near the table who can see through your disguise. Crouch behind it so he can’t see you, then flip a coin behind him, so he looks away. Take that opportunity to poison the food on the table, and then run back the way you came.

You now need to trigger the target. She’s standing to the right of where the waiter was when you found him near the planter. She’ll stay there until you walk over to her, at which point she’ll move towards the food, eat it, and die. Her kill will count as an accident, so you can make your way to the exit in the vineyard once she’s moving.

The exit is easy enough to reach, but you’ll need to flip a coin close to the gate to get through it. If you can, take a winery worker’s disguise because they aren’t seen as suspicious in the vineyard.

The second level in The Deja Vus Elusive Target Arcade mission is The Collector. This time, you need to bring a Coin and a weapon of any kind. We like the Krugermeier 2-2 Dark, but anything in Agent 47’s arsenal will do. It’s also best to start in the garden as a gardener, but you can easily get this disguise if you know the location and fancy a challenge from the main road.

You need to get to the back of the house overlooking the garden from your starting location. See above for a map reference. There’s a guard stationed here near the tables and chairs. Hide behind a table and use the Coin to draw the guard over. Subdue him and store his body in the nearby crate. You could also put on his disguise if you want.

The guard will drop a gun. Pick it up and run over to the greenhouse. The Collector will be patrolling the area coming and going from the greenhouse. When he’s not there, open the front doors to the building and place one of your guns on the floor. This will cause the target’s bodyguard to pick up the weapon and walk up to the house.

When the bodyguard has walked off, he’ll go and store the weapon. Follow him up and wait for him to return to the target once again. When he’s walked down the stairs at the back of the house, close to where you subdued the guard, place your second weapon on the first platform between staircases.

With his bodyguard back, the target will now venture toward the house. When he reaches this staircase, he’ll ask his bodyguard to get the gun and dispose of it. The pair will walk up to the house as this happens, but the bodyguard should be in front of him. Use this opportunity to flip a Coin near the table as you did with the guard at the start of the mission. This will cause the target to come to you, where you can subdue and kill him.

Dump the target’s body in the nearby crate with the guard and pick up the knife he drops. You now need to get the painting he was after. The safest way to do this is to climb the drainpipe near the door the bodyguard has been walking through, closest to the central atrium of the house on this walkway. Vault into the house from the ledge at the top, follow the walkway through to the other side of the atrium and vault out of the window once more.

Once out again, follow the drainpipes to your right to climb up and then up again to the top floor of the house. The painting is in the study on the stairs. Wait for the bodyguard at the bottom of the stairs to walk under them, then quickly take the painting and return the way you came. See below for a map reference for the painting.

You can return the entire way you came through the house and leave through the garden to exit the location. There’s a ledge to climb to near the second window with a guard posted close by if you’re brave. You can vault up and sneak down without him noticing if you’ve unlocked the shortcut on the bedroom balcony. Watch out for the guards patrolling the gardens who can now see through your disguise because they can ruin this run.

The final target for The Deja Vus Elusive Target Arcade mission is The Heartbreaker. However, the additional complication of new NPCs seeing through your disguise makes every method we’re familiar with impossible. For example, you now can’t use the memory book from the target’s van to get him on his own. His entourage sees through every disguise. For this level, we need the Guru’s Emetic Grenade. While it’s possible to use lethal poison on the target, this method is far safer. The starting location you should use is the vineyard because you start as a winery worker.

From your starting location, head inside the lowest floor of the building on the right-hand side. This leads to the cinema, where the target will show off the screen his new clients might get to use. It takes a while, but you now need to wait for the target to arrive. He stops multiple times in this room, so pick a good one and throw the Guru’s Emetic Grenade on the floor nearby. This will explode in a nauseous cloud and cause the target to head out and find somewhere to vomit. See below for a map reference for the cinema.

As the target walks upstairs and outside, his friends will follow. Run ahead of them and place a gun on the stairs. This should cause them to run away or find someone to deal with the weapon.

The target will walk a short way up onto the roof and then vomit over the ledge. Push him over to kill him and then run back downstairs. This may be tricky if the door has closed behind you. To avoid this, bring the lockpick with you into the mission or, to make things more challenging, wait for the guards to come through and leave the door open before running back through.

To exit the location, make your way back to the vineyard. You can walk up to the exit and leave without any trouble in this disguise. Once you’ve completed this mission, you’ll unlock The Ducky Gun, if you haven’t already.