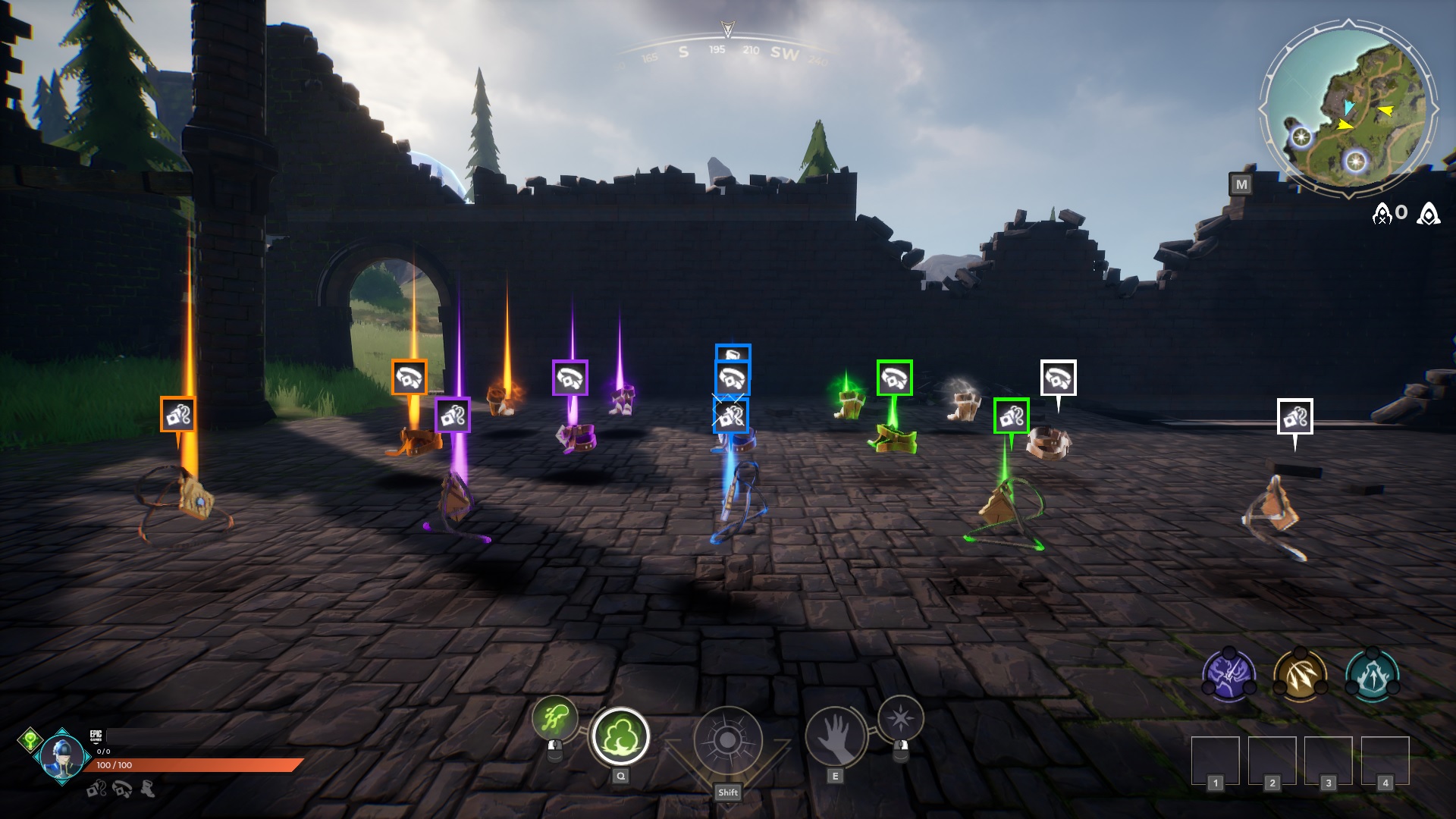 Like many other battle royales, Spellbreak is just as much about finding good gear as it is finding good weapons. There are three main types of gear in the game: amulets, belts, and boots. Each comes in five tiers of rarity, and one of each type can be equipped. Here is a breakdown of what each type of gear does, and what stat it effects.

Amulets increase your mana stat. Mana is the energy that allows players to cast spells and levitate. All players begin will a base max mana of 50 and max out at 100 with a legendary amulet.

Belts are the Spellbreak equivalent of what would be called armor in most games, to the point the items that restore them are called armor shards. Equipping one will add armor over a base stat of 120 health.

Boots increase your run speed stat. Unlike other battle royales, Spellbreak has no run command. Your speed at the start will be relatively slow. Get boots early on so you can run to and from enemies.

Some of these stats can be boosted by your mage class as well. For example, you will always have an extra 20 max armor. Overall, good gear doesn’t guarantee a good game, but it’s a good start.