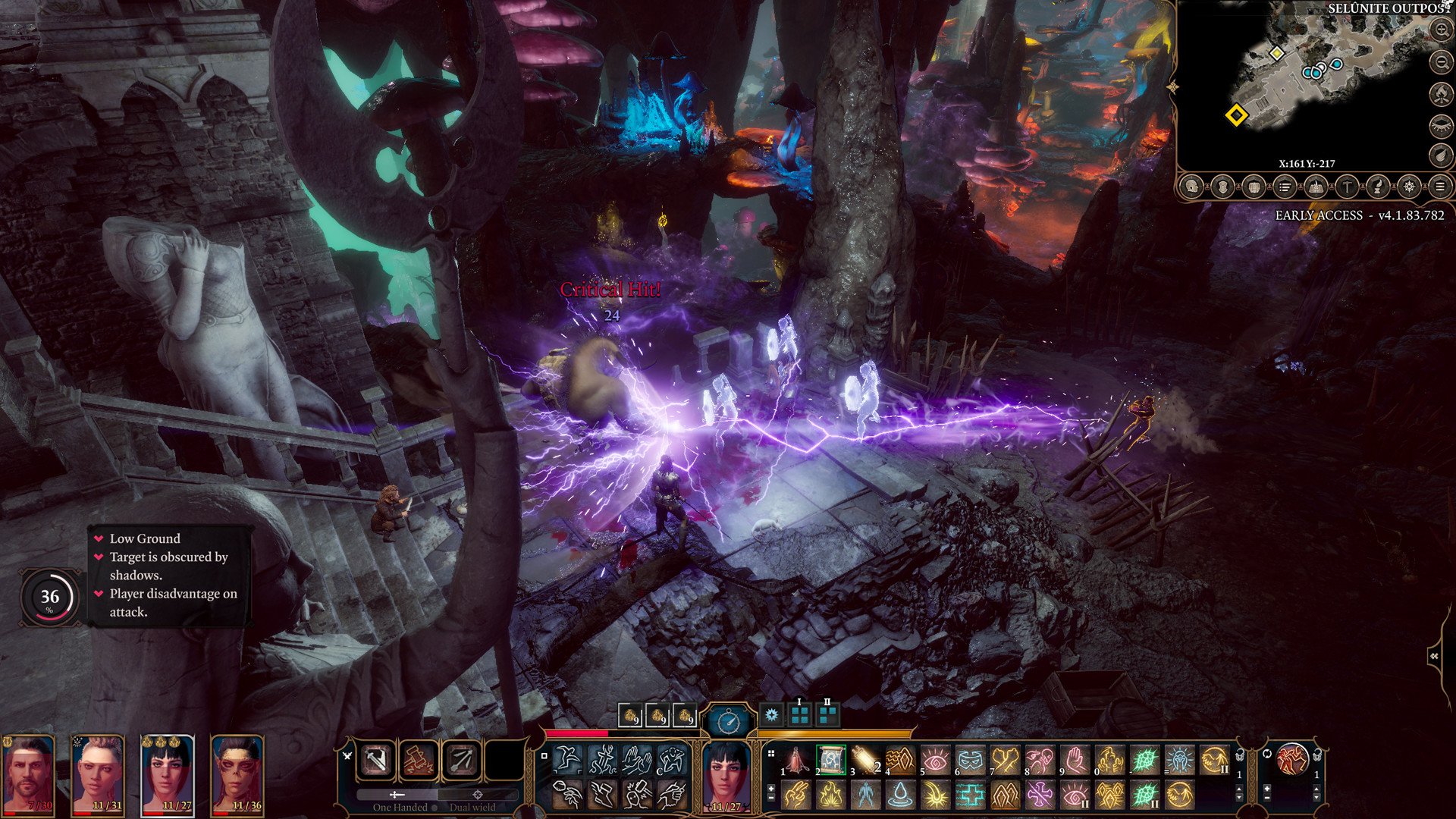 Your spellcasters are vital characters in your party, so make use of them in Baldur’s Gate 3. They command powerful attacks that benefit your party members, heal them, or they can rain destruction against your enemies from afar. While their spells are extremely useful, they are limited. All spell users have a number of spell slots they can use per day before needing a short or long rest, which means you don’t want them expending all of their attacks on a simple encounter. But they can freely use cantrips without remorse, and there are differences between cantrips and spells.

A spellcaster’s cantrips are spell, basic spells they can fire every day, all day, as many times as they’d like. These spells are not extraordinarily powerful, but they get the job done, and they’re inexpensive. For example, your party’s wizard can use Ray of Frost and Fire Bolt every time they perform an action.

Leveled spells are different. When hovering any of the spells, underneath the name, you will see a level next to it. The higher level of your spellcaster, the more lower-level spells they can learn. For example, a level three wizard can have two level two spell slots, and gain four first level spell slots, allowing them to use weaker spells than their character level per day. However, once these are used up, the spellcaster requires a long rest to replenish them.

Some abilities characters know to replenish these slots outside of a long rest, such as the wizard using arcane recovery to reload them. Arcane recovery cannot be replenished until a long rest, but it’s an excellent way to use it alongside a short rest.

You want to use your spell slots carefully, especially against powerful foes, such as bosses, ogres, or massive spells. If you plan your attacks carefully, you can avoid feeling like your wasted a precious spell slot against a weak foe.