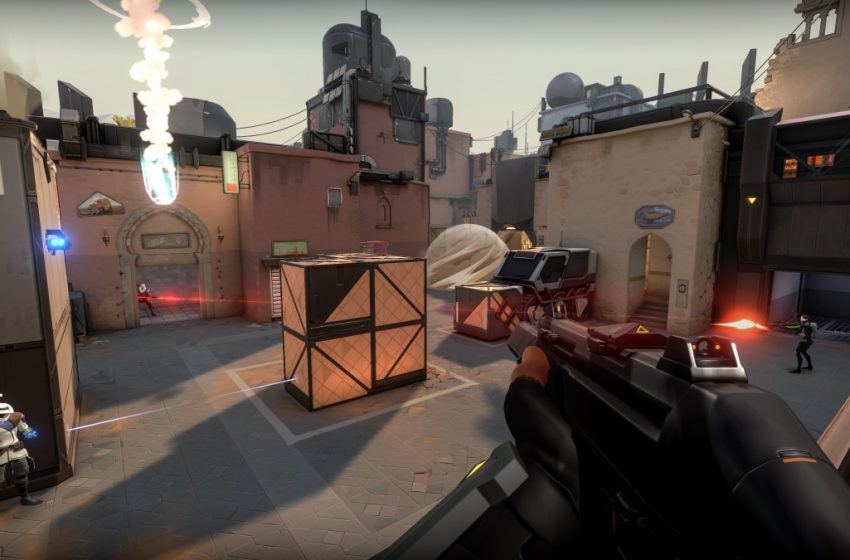 Riot Games’ upcoming first-person shooter, Valorant, has come to light. We have a handful of details of how the game works, and what players to expect. We also know the game will arrive to the PC sometime in summer 2020. The intense, competitive FPS features a wide cast of characters from all over the world, similar to Overwatch, but with high-stakes fights like CS:GO with matches consisting of best-of-24-rounds. The characters have a variety of different abilities available to them to enhance their combat during a match, meaning your team could win or lose depending on how well someone plays a character. How do abilities work?

Unfortunately, we do not have any concrete details about the variety of different abilities or how they will work doing a game. Many of them will likely have a decent cooldown, and you can use them several times during a round. We have a handful of sketches available to use, showing a character releasing a heal to another, so if a team member is lucky enough to disengage from a fight, they can receive a heal from a partner who has that ability.

One team are the attackers, and the other side is the defenders. We don’t know if the defenders have a limited time to fortify their position. During this time, certain characters might have the chance to use their defensive abilities to modify their team’s current position, making it harder for attacks to overrun them and even create ideal choke points for teams who are communicating can utilize together.

We can expect characters to have multiple abilities tied to them. However, we don’t know how many abilities each character has or if they have any ultimates. If there are ultimates, we don’t know if they are tied to a timer or to how many kills a player gets against the opposing team.

All of the characters in Valorant have different abilities. They augment the overall gameplay, and choosing the correct character to assist a team could make a game. An incorrect choice could cause disarray for teams who are not communicating together, but overall, Riot Games highlight the significance of gunplay. For example, a player who shoots faster, but only hits a character’s body, won’t beat out another player who is accurate always lands a headshot, which is a one-shot kill.

We need to wait for Riot to release additional details about this mechanic, and how it plays into the overall gameplay of a Valorant match.