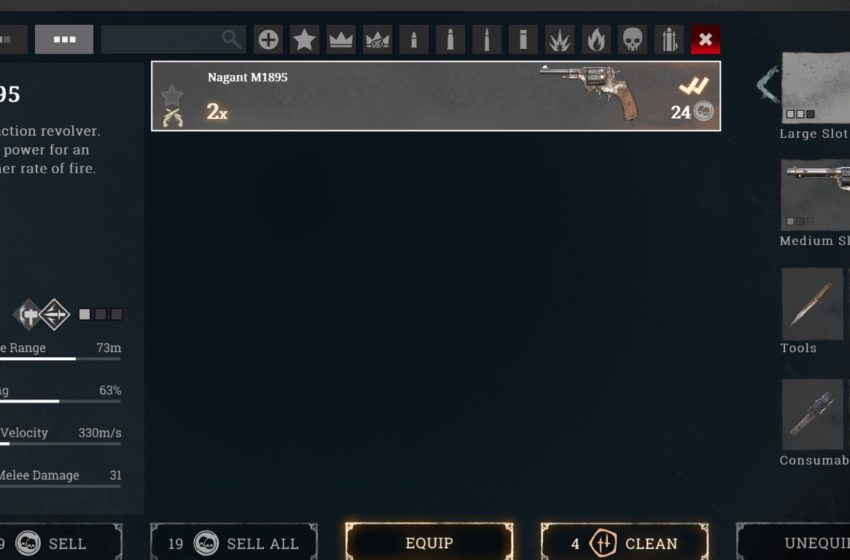 Your hunters in Hunt: Showdown can arm themselves using a pair of pistols, and hold one each of their hands. The skill increases the power of using a gun in the game, but it also lowers their accuracy as it becomes far more challenging to use two pistols at the same time. You will be able to do this starting at level 1 and does not require any trait to unlock.

Traditionally, when a hunter wields a single pistol, it’s considered a small-sized weapon, but it converts to a medium-sized slot when holding it two. You will need to have a medium slot available, which means having a trait available for your character to hold a medium-sized weapon in their secondary weapon slot or giving up a large weapon in your first slot to dual wield. The weapons will need to be of the same variety, but you can do this with normal and legendary weapons.

Once you have it equipped and you enter a match, how you fire your weapons will matter. They cannot go off at the same time. It would be best if you choose between firing one after the other at a steady rate to give yourself more accuracy, or to perform rapid two-tap shots with your weapon to shoot them in quick succession. The best way to use them varies on your situation and the distance away from your target. The recoil is increased from the traditional pistol, so you need to consider that when firing your guns. When reloading your pistols, you will be placing the bullets in one at a time, in sequence. The ammo pools are added up between the two weapons. There is a new trait available called Ambidextrous available at Bloodline rank 44 that gives you quicker reload times while dual wielding.

Dual wielding has been a sought after feature for many Hunt: Showdown players, and you can expect additional traits to release in the future following its first update.