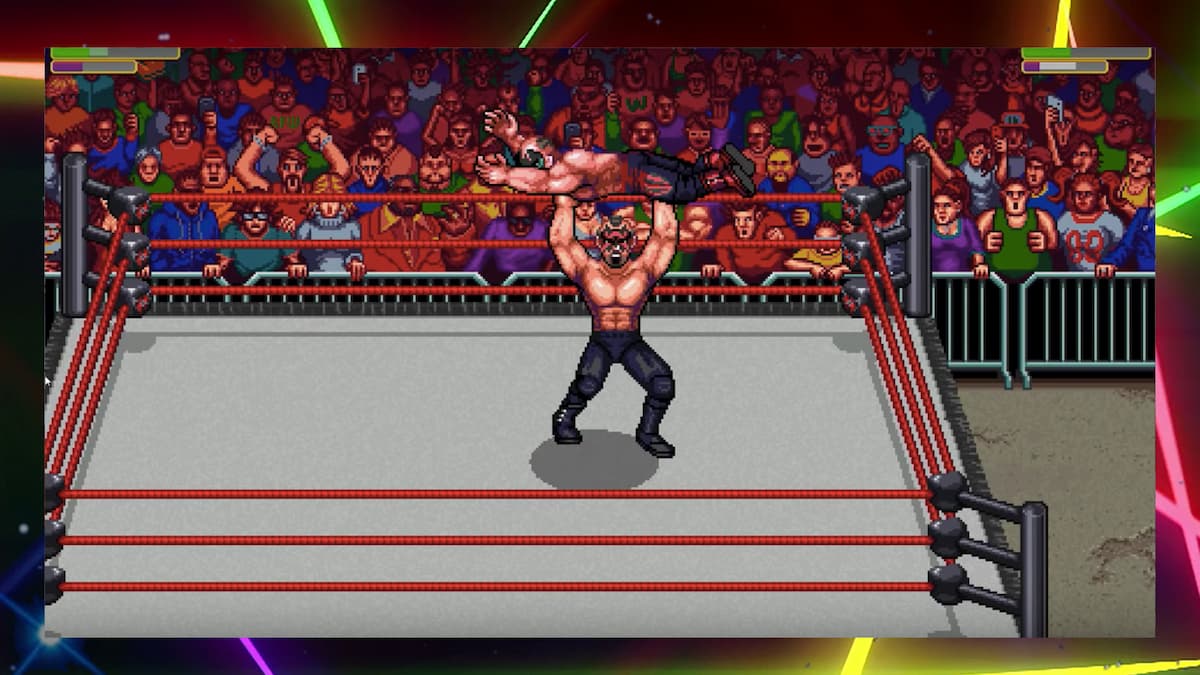 RetroMania Wrestling is the official sequel to Wrestlefest. The team at Retrosoft Studios has done an admirable job in bringing forward that classic arcade brawling. The biggest issue is that the game’s tutorial is a bit lacking. If you’re having trouble beating down the CPU or your friends, give our tips a look to see how to become an effective grappler.

Stick to the basics

Retrosoft’s tutorial does let you know that you have three different attack buttons. On Xbox, your weak attack maps to the “X” button, the medium attack is on “A,” and your strong attack is on “B.” For Nintendo and PlayStation, the attacks are mapped to the corresponding buttons. If you want to grapple, you have to get close to your opponent, and it happens automatically.

From there, you’ll press one of the three attack buttons to decide which level of move you want to do. However, you can’t just start hitting your strongest slams and suplexes out of the gate. You’ll need to build up your grapple meter by doing successful weaker attacks. If you try to go for those more powerful attacks immediately, you’ll lose your advantage and be at the mercy of your opponent.

This one might seem a little odd on the surface. However, one of the best ways to quickly build your meter and get to your real offense is to taunt your opponent. You do this by tapping the “R1” button on Xbox or corresponding buttons on the other platforms. Doing so will usually bump you up to the next level of your meter, allowing you to move up to the more devastating attacks quickly.

Of course, you can’t just do all this willy-nilly. If you try to taunt while your opponent is on his feet, he’ll knock your block off. So, make sure you take him down with a weak attack before you break out your taunts. If you’re looking to end a match quickly, taunting is a great way to speed things along.

When in doubt, don’t button mash at random

RetroMania Wrestling’s grapple system is all about mastering timing. Fortunately, the game gives you good visual feedback on whether you’ve done things correctly or not. While you can get by with random button mashing, it’s not very effective.

Instead, what works best for us is to start mashing the attack button you want to use for your move once you enter a grapple. Be sure to wait until the grapple actually starts, or you’ll lose the advantage immediately.

There are several reasons why you shouldn’t just mash all the buttons on the controller, but the most important one is the meter system. If you’re randomly hitting all your face buttons, win the grapple standoff, and accidentally select a strong attack when your meter isn’t high enough, your opponent will get a deadly reversal.

In short, RetroMania Wrestling might seem like a game you can smash your way through, but it’s not. Paying attention to your meter and timing your attacks is the way to get that title shot.