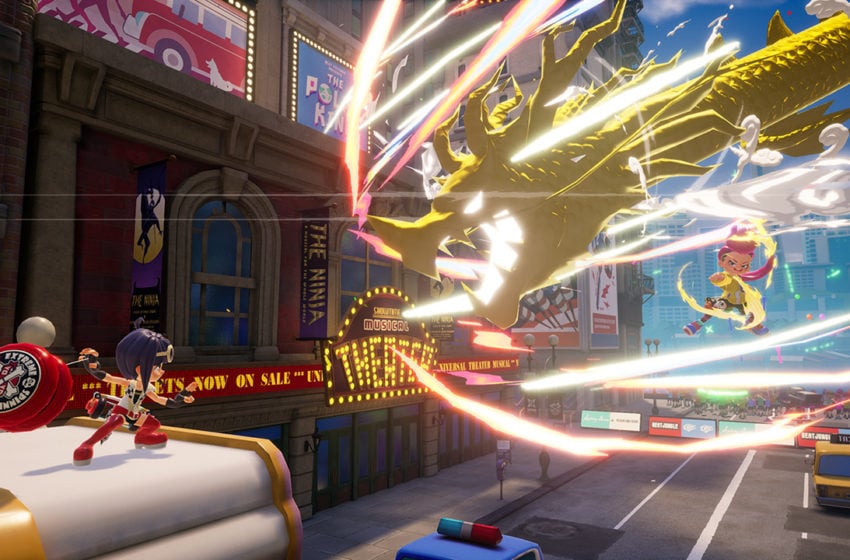 Ninjala, GungHo Online’s multiplayer title, will be playable on Nintendo Switch when released on June 24. Like other free-to-play games, Ninjala will contain in-game purchases that allow players to customize their characters, buy other equipment, and more.

For those who may be worried about any play-to-win functionality in Ninjala, or those who want to know how these purchases will work, we’ve got you covered.

In Ninjala‘s fourth development diary, GungHo Online explained how the in-game purchase structure will work. First of all, Ninjala isn’t a pay-to-win game. Skills determine a player’s success in online battles, so there won’t be items you can buy to help you beat other players.

Players who want to purchase in-game items will have to get Jala first. This is Ninjala‘s in-game currency, and you can buy Jala from the Nintendo eShop. From here, you can spend Jala at the Speciality Shop. This contains items such as skins and emotes, which are available for a limited time or swap in and out daily.

Jala can also be used on the Gumball Machine. A separate “store,” this is where you can buy Ninja-Gum — a special gum you need to use Ninjutsu during online battles. Items purchased from the machine will only change your weapon’s look, however, and not its abilities or power.

You can roll the Gumball Machine with Jala or Ninja Gold medals, which are obtainable in-game as battle rewards.

What is the Ninjala Season Pass?

The Ninjala Season Pass is an in-game purchase, but it’s different from other items you can buy. The Season Pass, which will cost 950 Jala, lets you get costumes, emotes, stickers, Ninja medals, and even Jala as rewards for ranking up through each Season’s tiers.

You can progress through the Tiers by earning Tier points in online battles or buying Tiers for 100 Jala from the store. Completing all 100 tiers in a Season Pass will reward you with more than 950 Jala, too, so you’ll earn your money back and then some. This will also help you buy the next Season Pass, which gets you more Jala, and so on.

For players who want a leg up on each Season Pass, the Ninja Bundle costing 2800 Jala will ensure you’ve completed the first 25 Tiers already and start you at Tier 26.