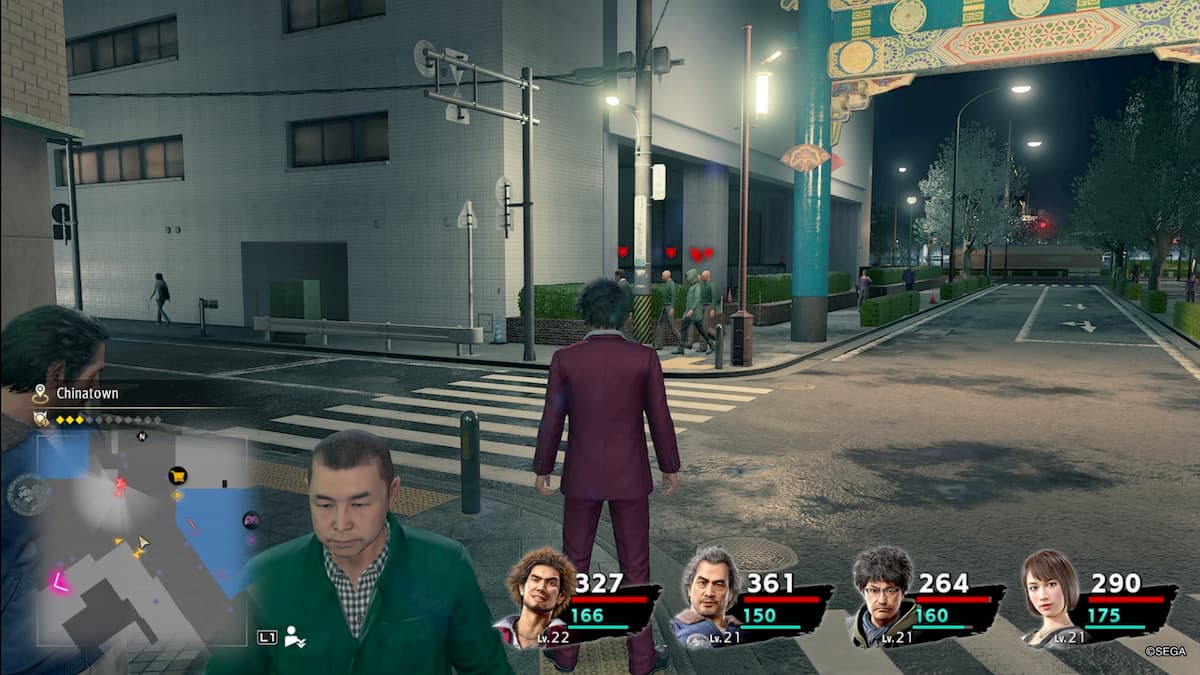 While wandering around the world as Kasuga with his various party members in Yakuza: Like a Dragon, there will be a small icon with small ears underneath the location’s name. This represents the area’s threat level, and gives you an idea of what you can expect for certain enemy levels you’ll be fighting while wandering around in the game.

The lower the threat level, the weaker the enemies and they’re likely pretty close to your level. When it reaches two dots, these enemies are still weak, but they’re closer to your party’s level, so you won’t be taking out every opponent with a few simple hits. Once the meter reaches three or four dots, you can expect to be fighting several enemies that are significantly stronger than your party members, and you’ll have a tough time trying to beat them.

You won’t be able to lower the threat level in the various regions in the city. These are a standard level, and as you progress through the game, the areas reflect your party’s level. Although, the stronger areas normally stay stronger, so these are good areas to acquire experience points for your character’s levels and their job’s rank. Be sure to check the threat level of any location you’re wandering in, and be on the lookout for any wandering enemies you may encounter, especially when you initially exploring.