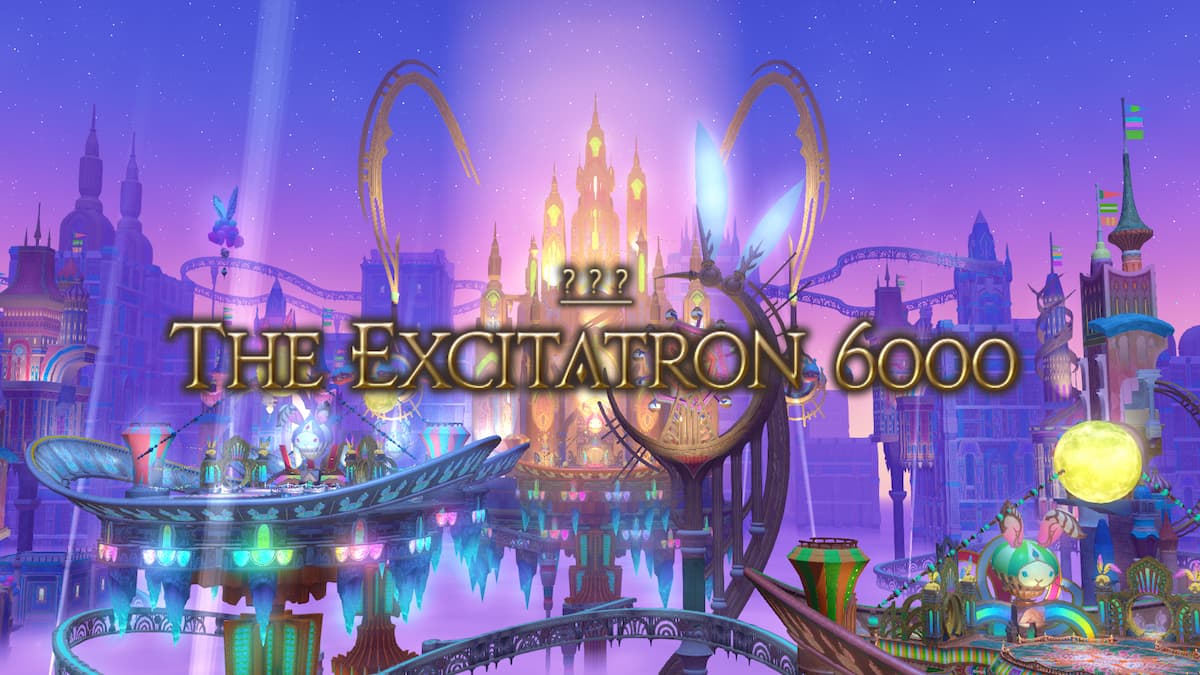 Patch 6.05 launched in Final Fantasy XIV, and with it came the addition of the much-requested Treasure Map dungeon, the Excitatron 6000. If you’ve never done a Treasure Map dungeon before, they are fun side-instances done with a group of eight players, and can get players a lot of expensive crafting items — if they’re lucky. Here’s how to access the Excitatron 6000 in Final Fantasy XIV.

First, you need to have a Timeworn Kumbhiraskin Map, which can be obtained from level 90 gathering nodes — this means you’ll want Mining, Botany, or Fishing up to level cap. You can also purchase these from the Market Board in any major city. Next, you will want to find a group to do these with — the monsters involved spawn at level 90, and hit fairly hard.

When you Decipher the Timeworn Kumbhiraskin Map, you will receive a small pop-up with a Treasure Map and an X indicating where you should use your Dig action. You can find the Dig action in your Actions tab under General.

Once you’ve dug at the indicated location, a treasure chest will spawn. Upon trying to open the chest, several waves of monsters will spawn to defend their territory. By defeating them successfully, the chest will unlock, and upon opening, grants the team a series of gil, some Tomestones of Aphorism, and random crafting items. It also carries a 50% chance to open a portal to the Excitatron 6000.

Clearing the Excitatron 6000 is wholly reliant on luck — once you enter, you will see a chest in the middle of a room. Upon trying to open it, more waves of monsters will spawn. Once you defeat them, opening the chest will again grant you Gil, random crafting items, and some Tomestones of Astronomy. After opening the chest, you then have to play a guessing game. There will be two doors to choose from — one will take you to the next room, increasing your rewards, while the other will remove the party from the dungeon and back to the overworld.