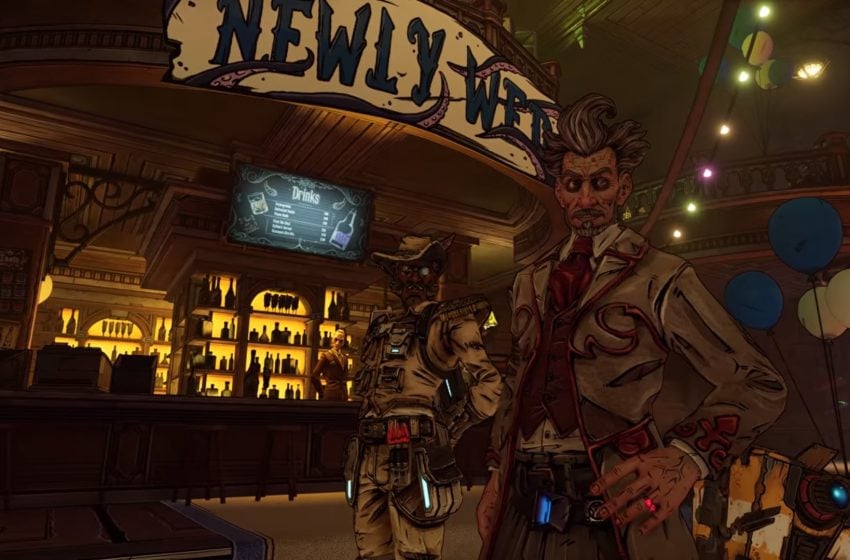 To start the DLC, you need first to download the update and gain access to a new quest you can find on your ship. It should be on the highest level, located in Hammerlocke’s study, on a nightstand. Read the invitation, and you should now have a quest update requesting you make your way to the new planet. The update brings you to the front of the ship to the navicomputer.

However, at this time, there does not appear to be any Xylourgos on the star charts. Players for the Epic Games Store version of Borderlands 3 are reporting they are having issues locating this planet and do not see it on their map. We’re having the same issues. At this time, even restarting the game, closing out of it entirely, and then starting it back up does not bring the planet on the star charts. There could be an error on Gearbox’s end, or the update allows players to start the quest purely, and a larger piece of content is incoming for the game.

We’ll update this page as we learn more. The Guns, Love, and Tentacles DLC for Borderlands 3 is available for all season pass owners and anyone who purchased the DLC separately.