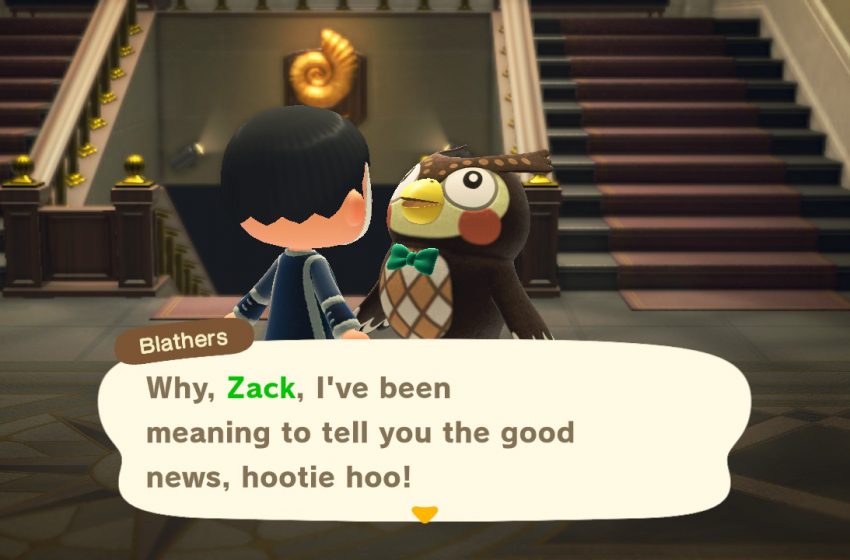 Fine art has made its way to Animal Crossing: New Horizons. You have the opportunity to display it in your museum, right alongside the other incredible pieces you have already discovered throughout your time on the island. Previously, you only had fossils, bugs, and fish to turn into Blathers. But now you can bring beautiful works of art from all over the world to have on display.

There’s no direct indication of how to start on this path. What you need to do is go straight to Blathers at your museum and speak to him. He’ll explain to you the excellent news about how all the hard work you’ve done will now bring about the potential of adding even more pieces to display, and the new wing will bring about works of art.

After you speak to him about this, you can freely start bringing works of art to him that you find throughout your journey. These works are art found by talking to Redd. You can unlock Redd after you wait until the next day, 24-hours after you initially speak to Blathers about adding art to your museum. After you’ve talked to him and go through the process of waiting, Redd will show up on your island. You’ll know Redd has arrived because Isabelle warns of a suspicious character who has arrived on the island, selling works of art.

Speak to him the first time near the Resident Center, and he’ll give you the first painting for free, and you now have access to Jolly Redd’s Treasure Trawler. It should now spawn somewhere around your island in the foreseeable future, after this interaction.

When you pick out the art you like, take it back to Blathers, who will examine it. If it’s authentic, he’ll add it to your collection, and if it’s not, you’re a bit out of luck, and you’ll have to bring back the real thing. Once you bring the art to Blathers, it’ll take another 24-hours for the art wing to complete its construction process.