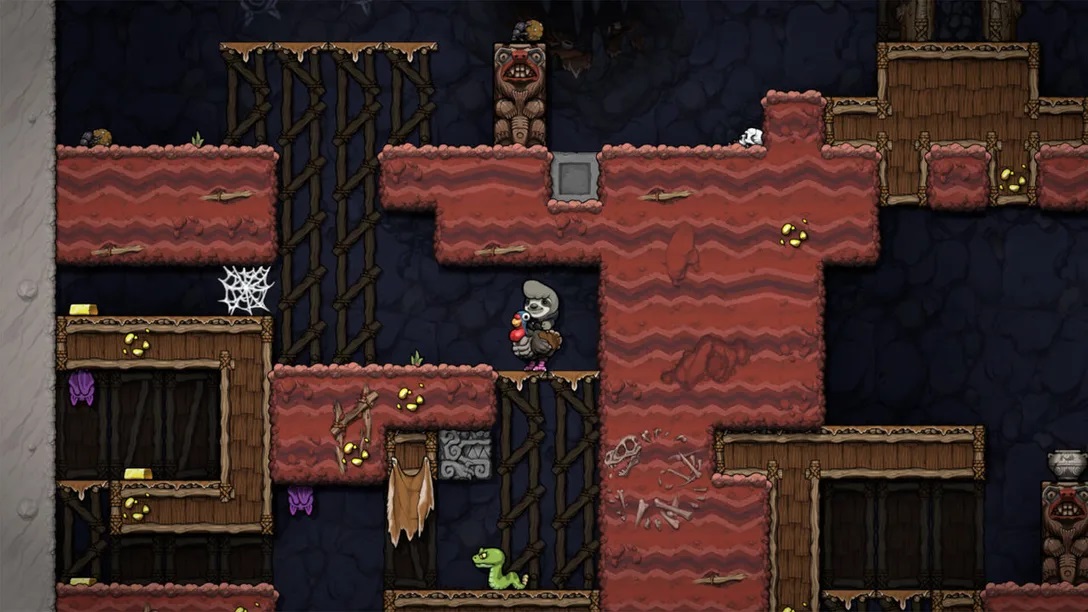 One of the easiest ways of dying in Spelunky 2, especially in the earlier levels, is the arrow trap. They can be recognized by the dragon style carvings in the side of them, with the mouth pointing in the direction that the arrow is going to shoot out.

Getting hit by an arrow is not instant death, but it does take away two of your health points, and can also hit you hard enough to cause you to shift momentum. This can sometimes be forceful enough to push you straight into another trap or an enemy who can hit you while you have no control.

However, there are a few ways to nullify these deadly contraptions.

Use an object to set them off

Possibly the easiest way to set them off is to throw an object in the line of one. They will only trigger if something passes them in line with it and about seven tiles close, so if you have an enemy stunned or a loose object that you can throw in its way, this will set off the trap. This includes the arrows that have been fired from other arrow traps.

You can also use your pet as a shield for one, though this will damage it and potentially incapacitate it, meaning no reward at the end of a level.

The traps are destructible, so if you are unsure whether you can get past one without an object, you can use a bomb to destroy it. You can also use the bomb as an object to trigger the trap, but this will mean you are throwing a bomb in the area, and that can make pathing to the end of the level more difficult, especially if you lack more bombs or ropes.

With enough momentum from a high drop, you can simply fall faster than the trap can fire at you. This means that the arrow will fall down after you have already gone past it, though you will need to be careful that the arrow rebound doesn’t hit you as this will still count as a hit.

By far, the most difficult method to pull off is to simply crack your whip as the arrow closes in on you. This should swat the arrow out of the air. However, this should only be used as a last resort as the timing window to pull it off is incredibly narrow. However, if you’re confident that you can do so, this will allow you to get past most of the traps without a scratch.