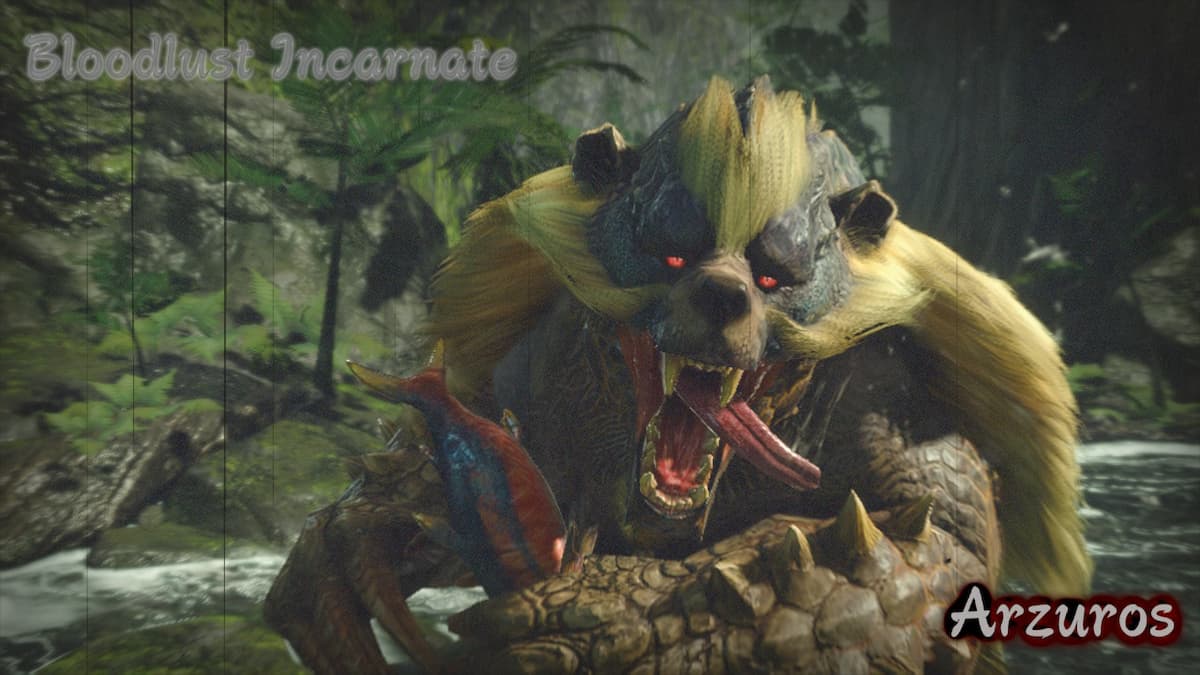 The Arzuros is a large bear-like creature you’ll have the chance to hunt in Monster Hunter Rise. You can find this monster in the Shrine Ruins region, and they’re not the biggest threat, but when you’re initially starting the game, they can be a good challenge to put your skills to the test. They’re also a great source of materials if you’re looking to go after some of this creature’s pelt and shell.

The Arzuro typically starts in the waterfall location of the Shrine Ruins, in region 6. It regularly rotates to regions 4, 3, 1, 2 in the order. You can also chase it up into the northern section of the map into regions 7, 8, 10, and 11 before it sweeps back to region 6.

Arzuro does the have chance to stun you.

Arzuros takes the most damage from sever, blunt, ranged attacks aimed at its head, abdomen (hind legs), and rear. For ranged, you’re better off aiming at Arzuros’ head and upper half to the most damage. It takes the least amount of damage to its forelegs from all three categories.

When attempting to use element damage, you want to use fire, electricity, or ice. Fire does the most damage of the three, primarily ding damage to the Arzuros’ head, upper half, and forelegs. Electricity and ice will do the most damage to Arzuros’ foreleg, but you can also use ice damage against its abdomen or rear.

Arzuros has a few armored sections on its body, primarily on its two front paws, and it’s rare. If you can get past these armored sections and break them off, you can receive valuable resources, such as the Arzuros brace.

For a majority of the fight, Arzuros will be on its hind legs, attempting to swipe at you with its front paws or rushing at you. While in this state, you want to aim for its abdomen or try to get behind it to hit above its tail plate, attacking its delicate back.

When it’s on all four paws, it’s a bit quicker and can rush at you. But this is the best opportunity you have of hitting its head, outside of using a ranged weapon. Because Arzuros takes the most damage from attacks above its rear, you want to try and get behind it.

The Arzuros will roam all over the Shrine Ruins, and if it encounters another monster, it will attempt to attack it. If you can get it to attack a Great Izuchi or a Great Wroggi, you can potentially wyvern ride these monsters to deal extra damage against Arzuros.