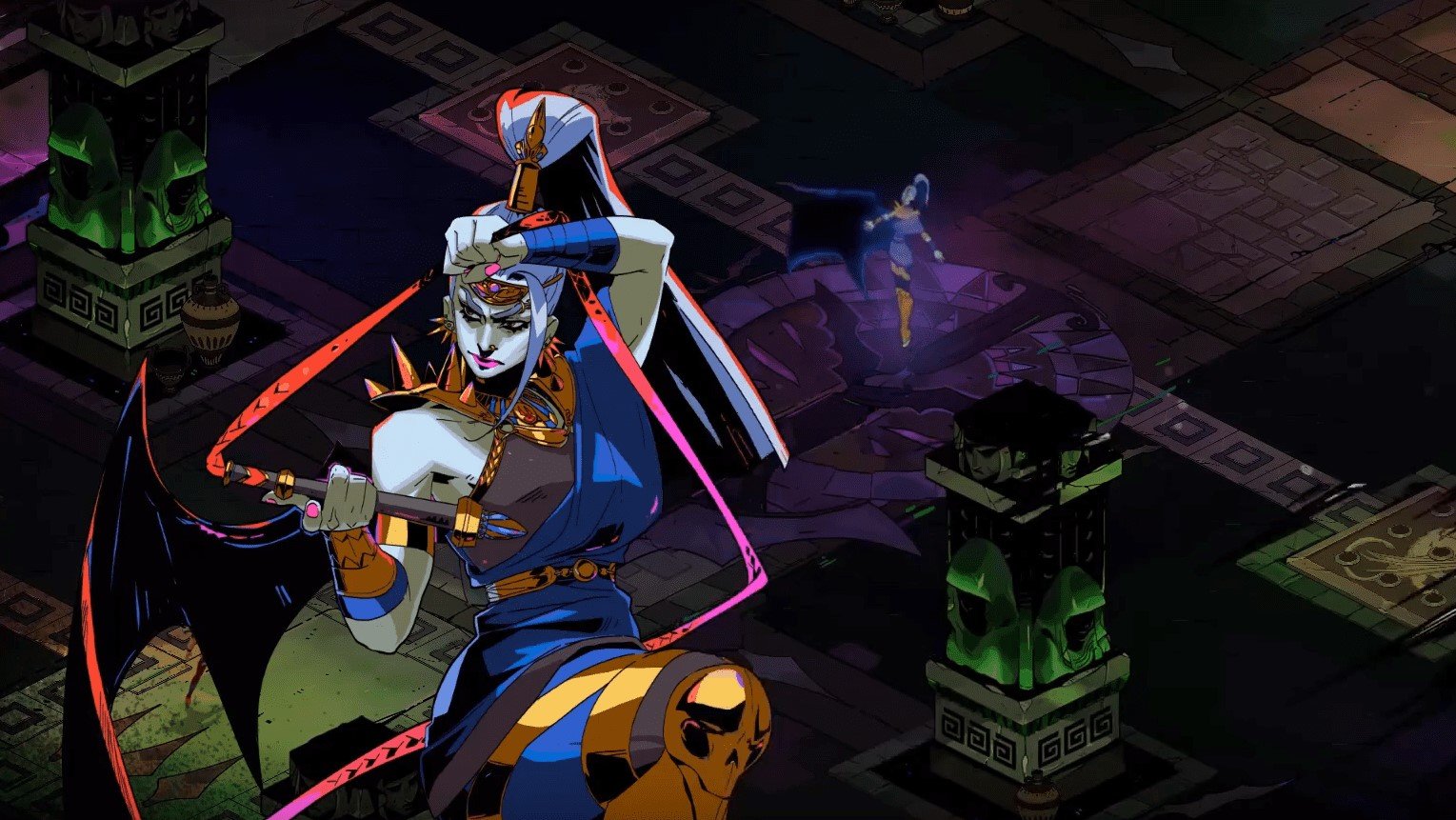 One of the many reasons Hades has such a high replay value is the bosses. Every boss in the game is a threat to every player of every level. Even after you put hundreds of hours into the game, you can easily get dropped because of a small slip up or because you didn’t get the right upgrades for your build. The first boss of the game is no exception to this. Megaera is one of the three Furies that can act as the first boss in each run. She is also a potential love interest for Zagreus and provides a keepsake to be used in later runs. Each Fury is a unique fight that can be as difficult as it is fun. Here is our guide on how to defeat the eldest of the three Furies.

Meg has four basic attacks that can all deal some serious AoE damage.

All of Meg’s attacks can be dodged using Dash or Deflected using Boons from Athena. The problem is that dodging and Deflecting can be difficult due to the sheer volume of her attacks.

Artemis: Artemis’ Boons are pretty useful in any situation. They increase your damage and your chance to deal critical damage. The best Boons for this fight are Exit Wounds, Support Fire, Clean Kill, Pressure Points, and True Shot. All of these Boons increase your Cast and Critical damage.

Athena: Athena is always a welcome sight in the underworld because of her Deflect effects. Deflect has a chance to send attacks back at your enemies for a portion of the damage. This is very useful against Megaera since she relies on ranged attacks and mobs. Divine Flourish and Divine Dash are the best to aim for. These Boons add the Deflect effect to your Special and you Dash. They pair very well with the Greater Reflex upgrade from the Mirror of Night. Holy Shield is also helpful as it damages nearby enemies and a brief Deflect buff whenever you take damage.

Attack Damage: Every God in the game except Hermes offers a Boon that increases the damage of your primary Attack and gives it a special effect. Any of these boons will be helpful in this fight.

Death Defiance/Stubborn Defiance: There is a good chance that you will die at least once while fighting Megaera. These abilities allow you to restore some of your health after you die and give you another chance to fight the boss.

Boiling Blood: This upgrade increases the amount of damage you do when your enemy has Bloodstones from your Cast stuck in them. Each rank provides an extra 10% damage boost up to 50%.

Abyssal Blood: An alternative to Boiling Blood, this ability lowers the speed and damage of any enemy that has a Bloodstone stuck in them.

Infernal Soul: Each rank of this ability grants you an extra Bloodstone for your Cast. You can have a maximum of three. This pairs perfectly with boiling blood to increase your damage to both Megaera and her minions.

Greater Reflex: This upgrade increases the number of dashes you can chain together.

This fight has several phases that are fairly predictable after the first few attempts. Meg makes heavy use of AoE attacks and distractions to whittle away at your HP. Mitigate any mobs she summons and don’t stop hitting her with every chance you get.

In the first phase, she will start the fight by rushing you with her whip. This will be her main attack until you whittle her health down to around 75%. The rush has a noticeable charge up, so it is fairly easy to dodge. Stay out of the corners of the chamber and hammer away at her when she is charging her attack. When she begins her rush, just dash out of the way then swing back around to hit her again.

This phase is the perfect opportunity to hit her with your Cast early and easily. Stick her with a Bloodstone when she is charging up so you can do even more damage. She will use the rush attack throughout the fight, so you will have plenty of opportunities to use your Cast on her.

Once you drop her health to around 75%, she will start summoning mobs and move into her AoE attacks. These can be a pain to deal with, especially if you have a Thug or Witch nipping at your heels. If they get close to you, take down the mobs quick; otherwise, just dash out of the way, and focus on the Fury.

Megaera will use her Shadow Flame and Shield frequently along with her normal rush attack. The Shadow Flame attack will draw four circles on the ground around you before they explode. The cluster is slightly different each time. Keep an eye on the ground and dash away when the circles start appearing. You can use the time between each volley to chip away at Meg’s HP. The attack will repeat three or four times before Meg enters a cool-down phase.

Meg will also use her shield when she starts taking damage or between certain attacks. The shield is completely invulnerable, so don’t even bother trying to hit her when she is using it. Dodge her attacks when the shield is up and focus on taking out any mobs that she has summoned to distract you.

The final phase of the battle can get incredibly chaotic. Meg will start using a combination of her previous attacks along with a volley of Shadow Bolts. The Volley is reminiscent of a Bullet Hell game mode. She releases a large number of bolts with a very widespread. The only thing you can really do is dash into the few empty spaces between the bolts. You can also hide behind some of the pillars around the room if they haven’t been destroyed already. Having a Boon that provides the Sturdy effect also helps, but they aren’t very common this early into a run.

The worst thing you can do in this phase is panic; you will take a lot more damage if you just button mash trying to stay out of the way. Keep calm, wait for the attack to end, then close the distance and hammer away at Meg as much as you can. Don’t forget about your Cast. The Bloodstone can boost your damage or lower hers if you have the right perks from the Mirror of Night. If you can keep on your toes and survive the Shadow Bolts, Meg will be easy to take down.

This fight can drag on forever if you are not careful. Just stay calm, keep moving, and keep attacking whenever you get the chance. Once you finally defeat her, you will gain Titan Blood or other rewards. Megaera will become available back in the House of Hades so you can start romancing her and gain her keepsake.