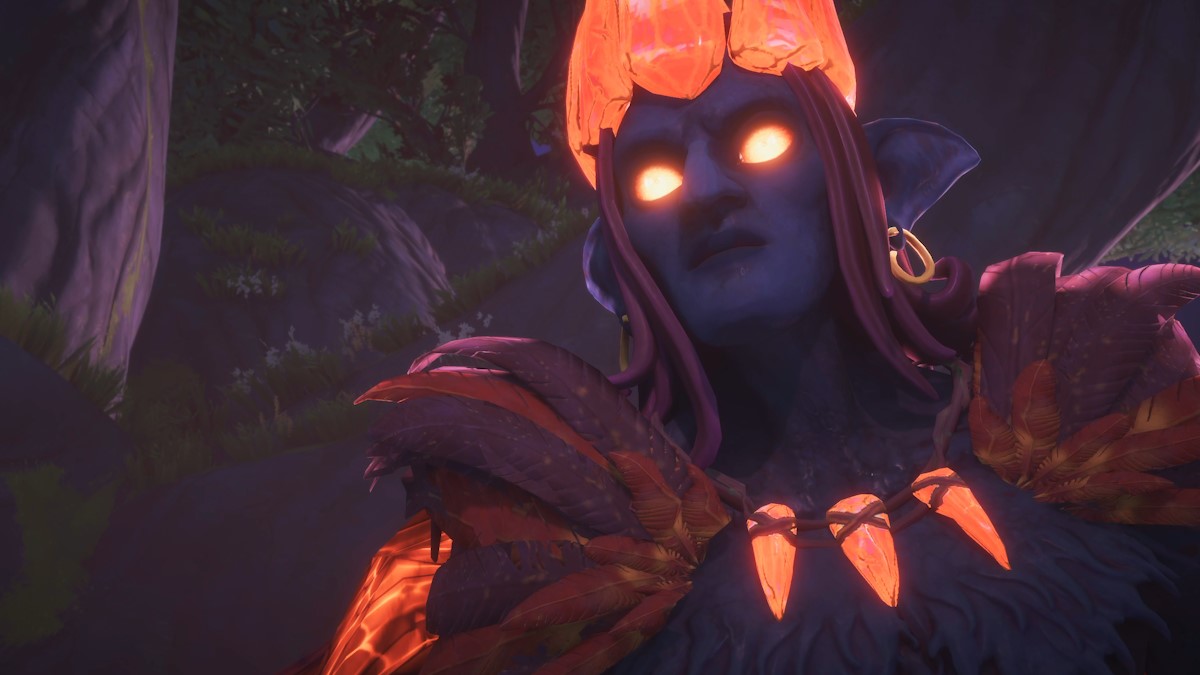 Ozomene is, by the time you meet him, your toughest fight to date in Immortals Fenyx Rising. He combines a pretty cool moveset with the fact that he flies to be a little award. Don’t fear though, there are plenty of ways to ground him, getting some serious damage it.

Ozomene can do some serious damage, either up close, or from afar. He has one particularly devastating attack that will we highlight first. If you stay under him as he flies for too long, he will crash into the ground, causing a rolling blanket of fire to explode outward from him. You can’t dodge or parry this and will need to perfectly time a double jump to avoid it.

He also has a number of attacks on the ground that he will follow up with, swinging his clawed wings at you in large arcs. The good news is that he has a very limited amount of red charged attacks he will do, so you can hard parry him into oblivion during the ground fight if you can time them right.

When he is in the air, he will throw projectiles at you, or come screaming across the arena, doing serious damage as he dives straight through you. He can also call in small flying enemies, adding chip damage from them into the equation, and giving you a distraction to deal with while he tries to get behind you to do some projectile attacks.

There is a fantastic window to damage him, however. If you clear the adds, Ozomene will automatically spawn in more, but this opens up a window where he falls to the ground. He will flash a strange silver color, and your instinct will tell you that he cannot be damaged at this time. This is a lie, run towards him and start laying on the damage. We suggest piling on with heavy stun attacks. Ares’s Wrath really shines here, along with heavy Axe Smash attacks. They will damage him, and do stun, and if you can fill up that blue stun bar you have your best damage opportunity of all.

Because Ozomene flies, it is tempting to treat him like a standard flying boss, and if you have abilities like Herakles’s Leap, you can absolutely use them, but it is when he is ground that you damage with really shine. If you were lucky enough to find the Cyclone Sword just outside the area where Aphrodite had her root that was blocking your path, it can also be a good option in this fight. Using Heracles’s Leap to close the distance in the air, then the Cyclone to get a 24% of doing triple damage with your Sword Air Combo can make quick work of the boss, cutting down on the need to cycle through damage phases on the ground.

It should be noted that Ozomene can be found as a boss fight in a Vault, and as a Lieutenant fight out in the open world, but his moveset and tactics will remain the same.