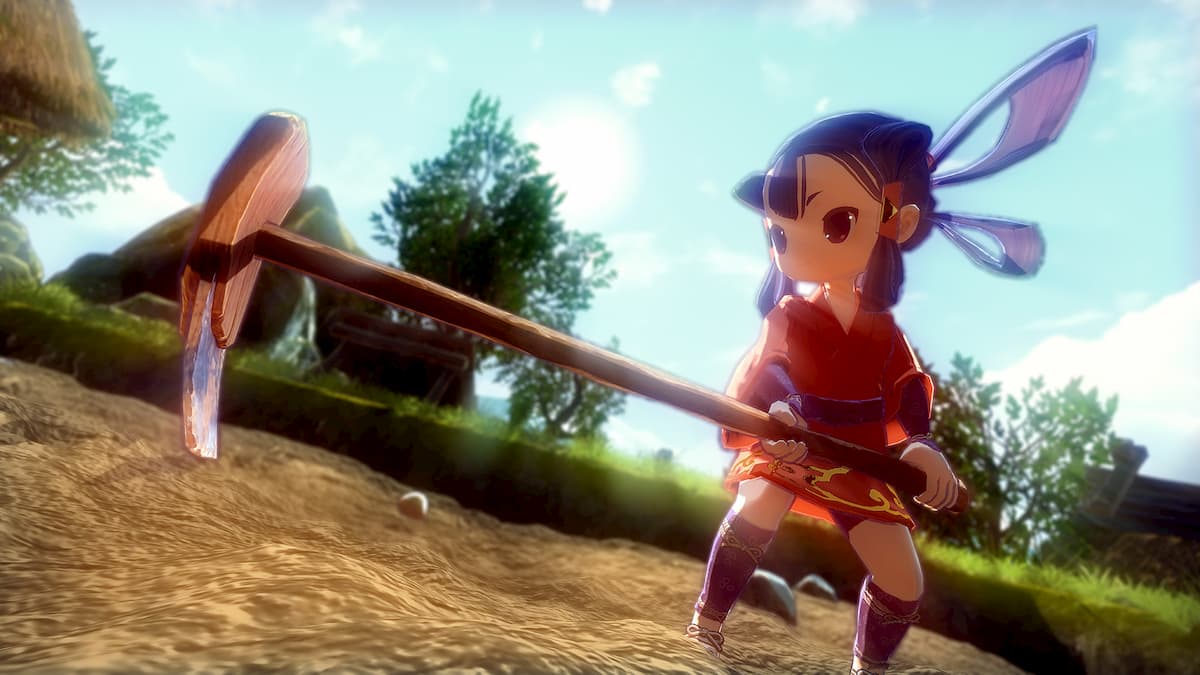 The first boss fight in Sakuna: Or Rice and Ruin is against Red Belly. This guy is a large monster and is accompanied by some ads. If you kill the adds, they just respawn straight away, so we suggest focusing on the ranged ads only to buy yourself some time where you don’t need to worry about arrows.

The most important part of this fight actually happens before you fight him. Hopefully, you will have unlocked the Blacksmith option from the relevant quest. If not, focus on finishing that first before coming back to fight Red Belly. Built the Granite Mallet and equip it, as it is a much superior weapon for the Red Belly fight. Now, head back to the dungeon and head into the depths to fight the boss.

The trick here is to stay mobile. Hit Red Belly will quick combination of attacks, and when he or one of the smaller monsters goes to hit you, use your scarf to get out of the way. The scarf, or Divine Rainments, grants iframes that you can use to dodge all damage, so take advantage of that.

Red Belly mostly just swings his club, which will miss you if you are right next to him, or jumps into the air to try and crush you. When he jumps, use the scarf to swing off him, then land on the ground and hit him as much as you can before he gets back up.

All you need to do is stay mobile, but if you don’t have the new weapon this fight will feel impossible as you will only do a single point of damage with each strike. With the Granite Mallet, you will do much more, making it much easier to cut through Red Belly’s large health bar.