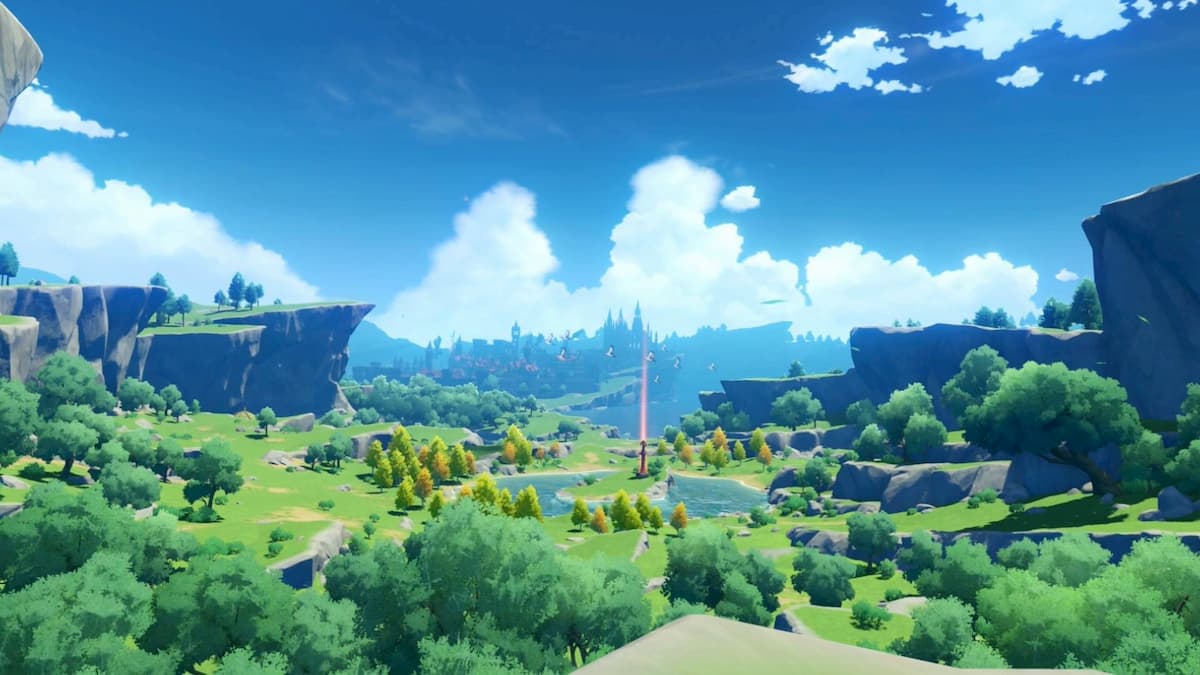 You first encounter the dragon Stormterror in Genshin Impact during the first portion of the game. Throughout the story, you learn Stormterror’s name is Dvalin, a dragon of the Four Winds. Before you encounter Stormterror for the first time, make sure all of your party members are at least level 26. This is for the first time you battle it. In higher-level encounters, that level recommendation increases to 40, 50, 60, 70, 80, and 90.

During the first portion of the fight, you learn that the blood clots on its back are what has corrupted it. You have to aim for these while gliding through the air, similar to when you first met Stormterror when you started the game. Shoot at the blood clots until Stormterror flies out of range, and then avoid the attacks coming at you until it comes closer. Look for the crystal blue balls of light to shoot to create a wind ring. These have a health bar on them. Dash through it to catch up to Stormterror and fire at the blood clots when you get close enough.

After lowering Dvalin’s health, there’s a brief cutscene, and then you have to fight it on the ground. You want to use Venti, who is available for trial, during this fight. The dragon will dash across the platform you are using, so make sure to dive to the sides to avoid this attack.

Once you lower Dvalin’s health enough, energy begins to pour out of the platform, and a gust of wind will appear on the platform. Use it to glide to the next one until you reach a location where it doesn’t look like it’s about to break and explode underneath you. When you’re safe, it’s back to the grind of attacking Dvalin and dodging its attacks.

You will likely reach the point where Stormterror barely has any health left before another white bar appears. Hit it a few more times, and it should fall pretty quickly. When it falls, you will have complete the battle, and a cutscene appears.