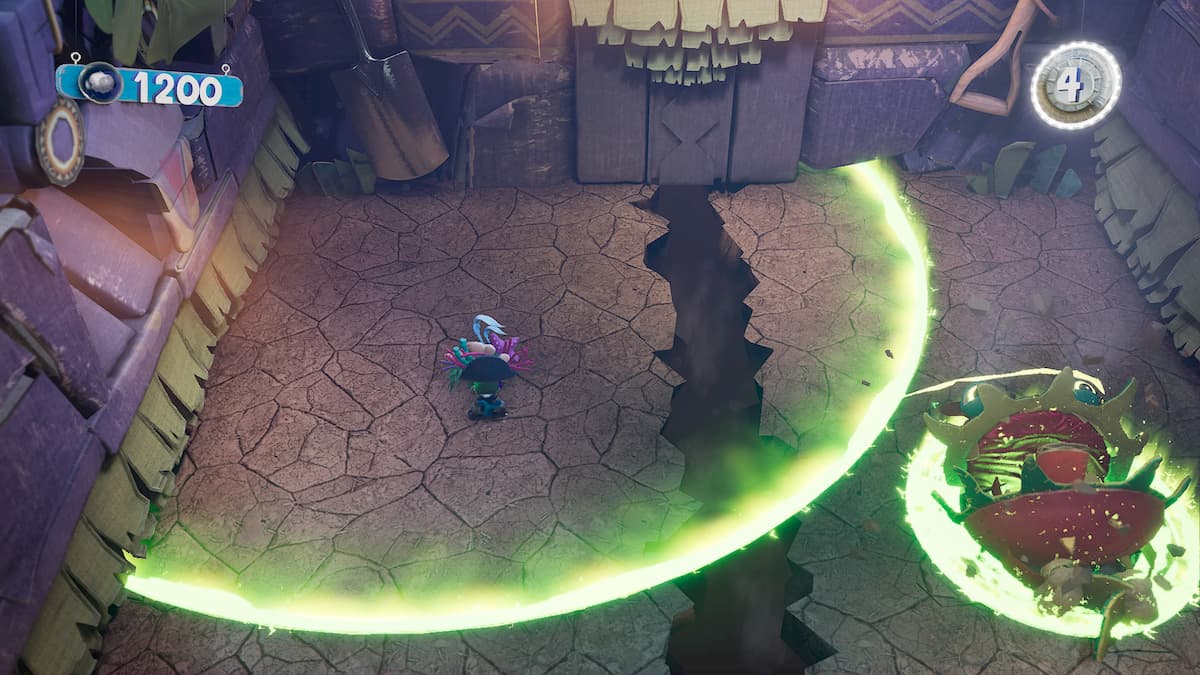 The boss found at the end of the Colossal Colony world in Sackboy: A Big Adventure can put up a tricky fight. With three stages, a number of obstacles, and easy gaps to fall in, this giant centipede boss is not as easy as it first seems.

However, it’s good to be aware of what the monster is capable of. In this level, you will have access to the whirltool, which will be your only outlet to damage this giant creepy crawly. You can’t walk up to its face and swing, as it will just bite back.

For the first phase, the centipede will poke its head out of the ground and hover on the surface, chasing you down. It moves surprisingly fast, and simply touching it will inflict damage to you. It will also leave razor trees in its wake, so if you are trying to loop around its tail, make sure you are flinging the tool as often as you can to keep a clear path.

The boss will make three moves that give you opportunities to damage it. First, it will leap up from the ground and across the map. Avoid the area where it’s diving into and jump while throwing your weapon. Secondly, it will burst from the ground directly upward. As it exits the floor, it will produce a green outward beam that you will need to jump over or you’ll be pushed back and damaged. Finally, it will crawl towards you above ground, and you must avoid facing the creature head-on.

During these moves, the centipede will expose parts of its body. You need to fling the whirltool at them to knock all of its body parts off. You can be patient with this, as they won’t respawn during a phase.

After all its body parts have been broken, it will begin phase two, in which the floor will split in two; you’ll be required to jump across, and the boss will move around faster while also bursting its head up more often and blasting the outward green beam. It will also burst across the map from side to side, while also continuing the same set of moves as phase one. Smash the body parts of the boss again, and once it’s stripped bare, you will begin phase three.

Here, the room will now be split in four and it will move faster again, but it is otherwise similar to phase two. Focus on dodging the attacks and burst the centipede down its body parts once more to end the fight.