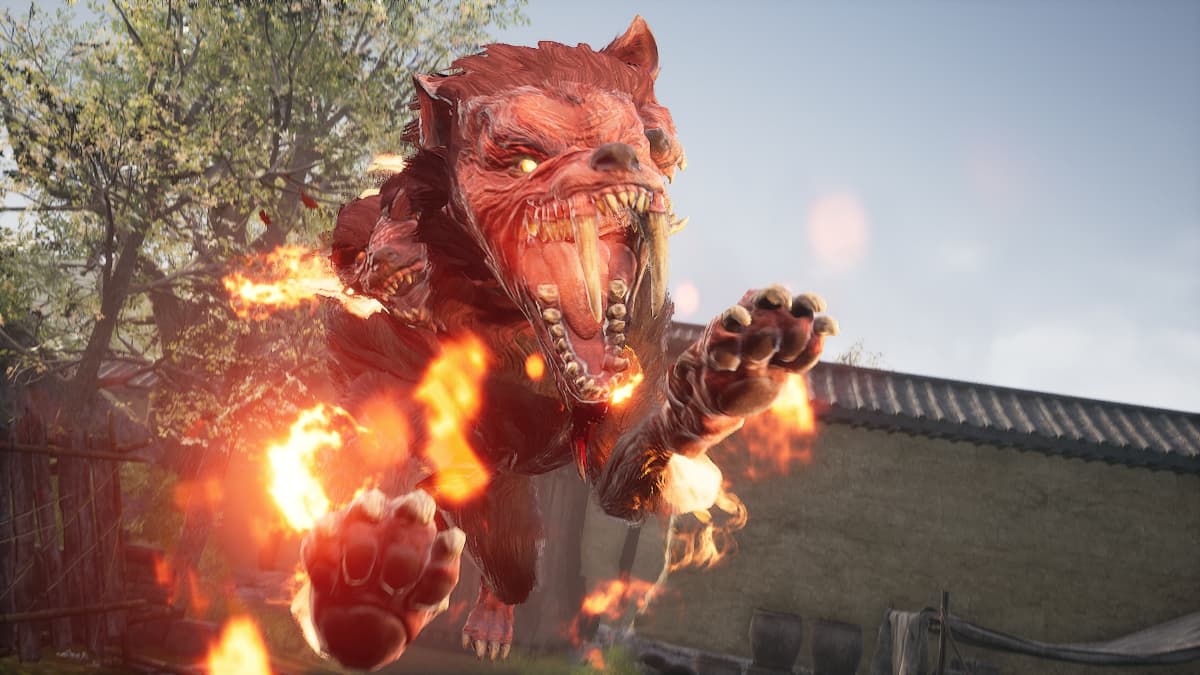 Wolves are weak enemies in Xuan-Yuan Sword VII, but the Emberwolf is an exception. It can be a tricky fight if you don’t know what you are doing. The boss fight is relatively simple — it’s a flaming wolf surrounded by a pack of weaker wolves. The problem with this fight is that the boss will do massive damage to you if you are not prepared with the right buffs and armor.

The first step is to upgrade your weapons and armor as much as you can. Now that your armor and weapons are taken care of, it’s time to craft the most crucial buff for this fight. The best buff to craft against this boss is the Soul of Firevoid.

To craft this buff, open up your menu and head over to your Elysium tab. Once there, open up your fusion lab and combine one rag and one rough hide. This will create a Soul of Firevoid I.

To equip it, go into your menu, open up your Talent tree, and place it into an empty slot. This buff will reduce the burning damage taken from enemies, which is crucial for this fight, as this boss’s main damage is fire.

Now that you are well equipped, the Emberwolf will do considerably less damage to you. But before you take him on, here are a few quick tips to make the fight even easier. Make sure you have your Deluxe Healing Potion equipped in your item quick slot so you can get a max heal every time you activate it.

For the fight itself, try to quickly burst down the weaker wolves, then retreat to the edge of the arena to heal and recover stamina. Keep using your dodge ability to swiftly maneuver around the Emberwolf’s attacks. Keep attacking him until he is low enough to use your Improsin ability on him. Now all that is left is to reap the rewards.