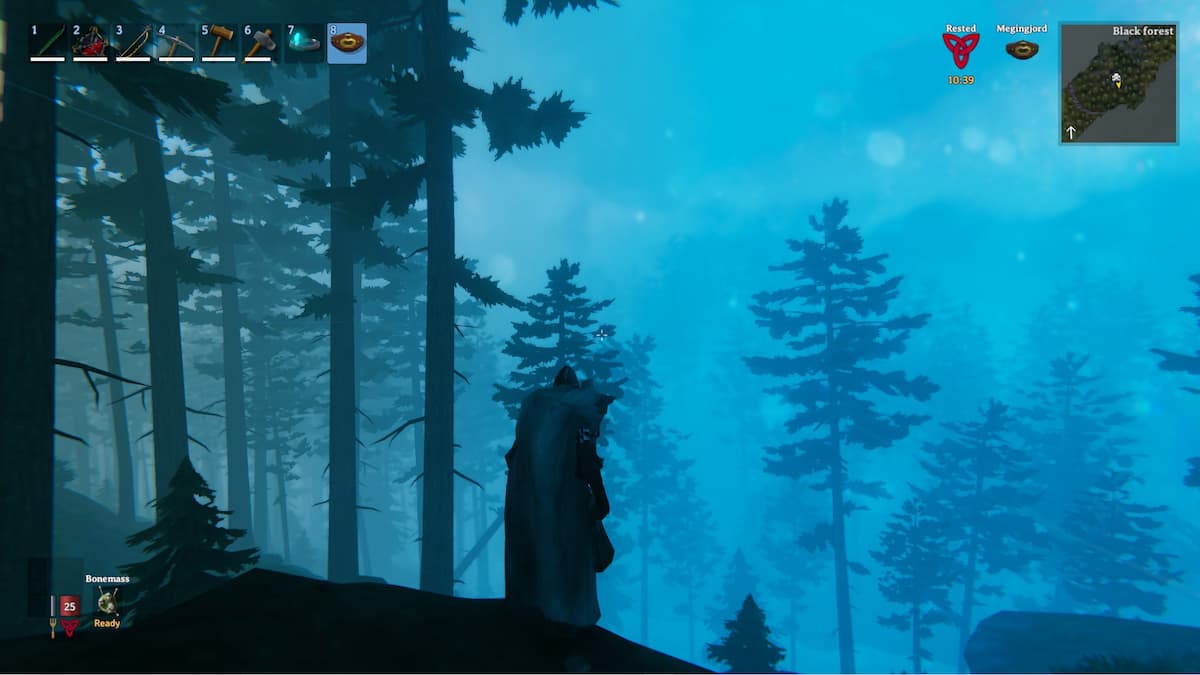 For those bold enough to adventure outside in Valheim when it’s dark out, you’ll find that several more enemies are willing to come out when the moon has risen. The enemies spawn more often, and they’re actively searching for you in the dark.

A tremendously dangerous enemy to battle at night is the Fenring. This creature is a large, dark, bipedal wolf that unleashes a heavy, distinct howl when you are near it. The creature only appears at night, when the moon is out, in the Mountain biome. If you’re adventuring in the Mountain biome, you want to make sure you have some form of protection from the cold. For those who don’t, and you encounter the Fenring, you’re in trouble.

When you hear the Fenring howl, you’ll know it’s nearby. You’ll want to try to run away from there as quickly as possible if you’re not prepared. The creature also summons a pack of wolves that can sick on you, so not only do you have to deal with it, but the wolves will be a problem.

The Fenring will lower its self on all four legs and leap at you. It can jump at a decent distance, so we recommend using your shield to block this attack. For those who can time it, you might be able to parry it. Unfortunately, even if you do parry the Fenring’s leap and its claws, the creature can recover from this attack pretty quickly. You might be able to sneak in one, or two, attacks against it.

A Fenring will take bonus damage from any weapon that has bless damage, so the silver sword and Frostner. The creature will burn when these attacks hit it. That’s its primary weakness, so having one of these items in your inventory when exploring a Mountain biome at night is preferred.

Once you’ve defeated the Fenring, you’ll have conquered the hunting wolf. The only thing it drops is a Fenring trophy, which is one of its paws. We don’t know if more items will be added to Fenring’s loot pool in the future of Valheim’s early access development.