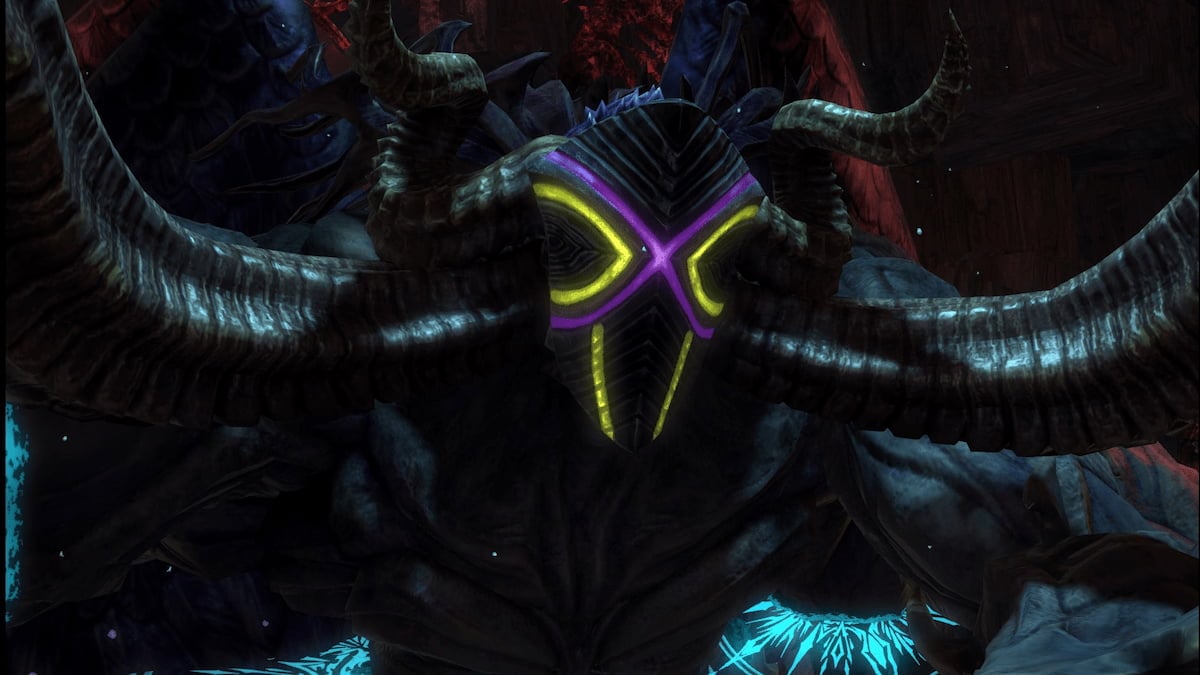 It’s your time to place yourself against the ultimate test and face off against Zodiark on the moon in The Dark Inside Trial you’ll receive in Final Fantasy XIV’s Endwalker expansion. You’ll work in a team of eight players to try and defeat Zodiark, preventing him from escaping his prison. In this guide, we’re going to break down all of Zodiark’s attacks and combos in The Dark Inside in Final Fantasy XIV.

When you begin the trial, the first attack Zodiark will do is called Kokytos. It is an unavoidable attack that hits everyone and brings everyone down to one health. We recommend gathering up as close as possible so the two healers can regen health as quickly as possible before the next attack. Zodiark makes this attack again later in the encounter, but it is not frequent, and there’s time for you to recover from it.

The next attack Zodiark uses is Exoterikos. It’s an attack that has two forms. One is a triangle, and the other is a square. They can show on the arena’s east, west, or south. The triangle form of the attack is a cone the blasts out from it, going across the entire room, forcing you to go on the side of it.

The square version of Exoterikos attacks half of the arena on its side, so you’ll want to go on the other to avoid it.

The next Zodiark uses Paradeigma, as they called out, “Malice… Become flesh!” and summons a pair of creatures with large circle AoEs. You’ll need to be outside these AoEs to avoid them and continue attacking Zodiark.

Following this attack, you’ll now get to see the spell Paradeigma. It’s a pair of summons that make straight-line AoE attacks across the arena. You’ll need to find a place where they are not firing and move here to dodge. The locations will vary when Zodiark uses this attack.

The next attack Zodiark will use called Phlegethon. It summons multiple AoE attacks centered around the group, forcing everyone to scatter. Another series of AoEs will fire out as well, forcing you to remain on the move while this attack is charging and slightly after it’s unleashed.

The next attack you’ll see is called Styx. It’s a stacking AoE where you’ll move together with your group and focus on each other for a series of attacks, with the main person with it staying close to Zodiark.

Following this attack, Zodiark will unleash Paradeigma and Exoterikos simultaneously, forcing you to figure out what form of Exoterikos is being used to avoid the two AoE attacks. Once you’ve cleared this, Zodiark will be using the Complete Control attack, unleashing its second form.

In this form, Zodiark will use the many attacks already used, but it will add in Astral Flow. Astral Flow moves the arena in a single 90-degree turn, keeping you and your party members in place but moving the various attack Zodiark unleashed. This can be left or right, so watch the arrows.

You’ll have to use proper placement to avoid these attacks, such as standing their current arrangement, waiting for Astral Flow to move the arena, and then when you land, preventing the attack. You can expect Zodiark to use Astral Flow alongside Paradeigma as well.

Another attack Zodiark uses is called Adika. These are two massive AoE attacks that are side-by-side with one another, giving you plenty of room to attack Zodiark from the front. These attacks are its fists smashing down onto the arena.

A green beam attack that Zodiark uses is called Triple Esocetric Ray. Three green circles will appear in front of Zodiark. The two on the outside will appear first, or in the middle will. Whichever ones appear first will initially fire, meaning you’ll want to be on the outside if the middle shows up first, or the inside of the two outside green circles show up. You’ll then want to avoid the incoming attack.

You’ll also want to watch out for another personal attack from Zodiark called Algedon. It’s when Zodiark goes into the northwest corner and does a powerful line attack across the middle of the map, leaving only the northwest and southeast corners as safe areas. Jump to these locations, preferably the northwest area, to avoid it.

The final major attack that Zodiark does during this encounter is called Astral Eclipse. After it’s finished charging, Zodiark will float to each side of the arena, and stars will appear behind them. These star formations will then crash down to the arena, dealing a massive amount of damage. The shapes will be to the west, south, and east, and they will fire in this order. Watch the star formations to figure out the best locations to stand in the arena to avoid the damage. Zodiark typically uses Styx after this attack, forcing your entire party to form up once again.

An advanced form of Exoterikos that you’ll want to avoid is Trimorphos Exoterikos. It’s when Zodiark places three Exoterikos symbols on the west, south, and east portions of the map and fires them against you. They will fire off in the order they were summoned, giving you a small amount of room to dodge.

You can expect to go through Zodiark’s final rotation several times before defeating it and completing The Dark Inside Trial in Final Fantasy XIV.