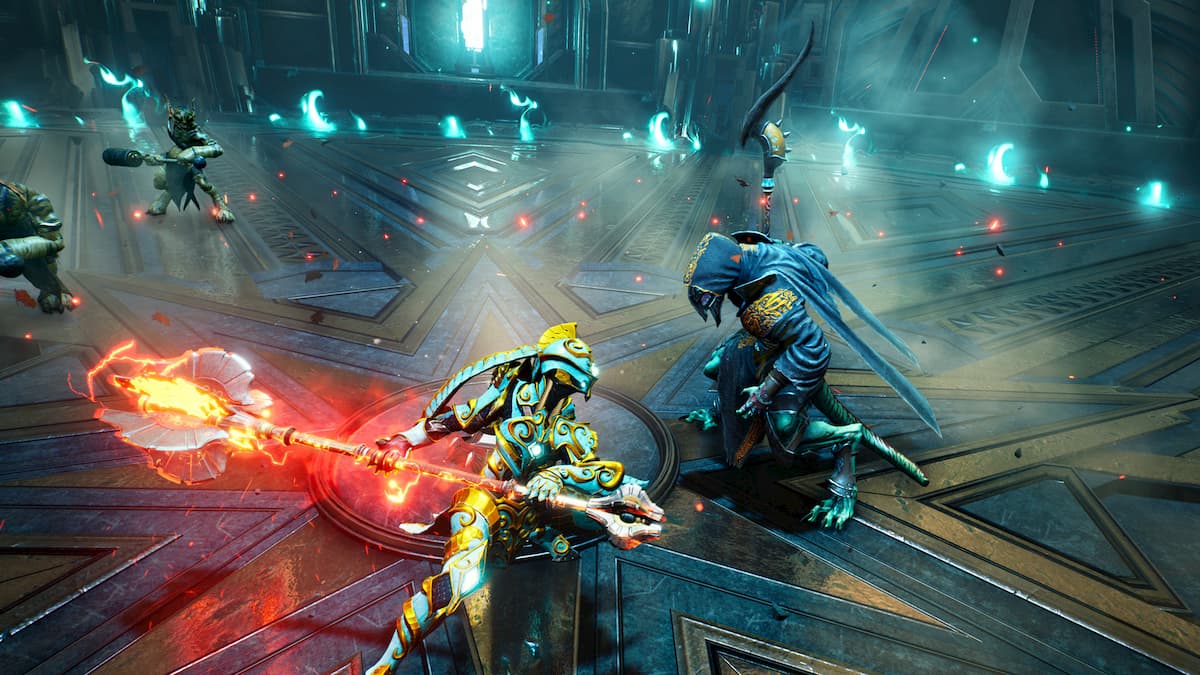 If you want to breach an enemy in Godfall, you’ll need to hit them several times. It works a bit like attempting to use your Soulshatter strike on them, except there’s a bit more of a visual flair when you do it. There’s still a bar you need to fill up, and you also need to perform a certain action. You might have this mission objective when out on a Hunt mission, so it’s a good idea to learn how to do it, and it makes for a quick way to dispatch enemies.

Every weapon in Godfall deals breach damage, and certain weapons with specific secondary qualities can potentially deal more than regular weapons. The breach bar is underneath the health bar of most enemies. Some enemies, especially the weaker ones, will not have any breach bar, so don’t bother attempting to complete this objective with them. You want the bigger, more powerful enemies.

After each strike, the breach bar underneath their health steadily rises, and when it becomes full, the enemy is stunned. You’ll be able to perform a takedown against them, dealing them a heavy amount of damage, along with performing a unique animation to end them. Most of the time, a breach takedown will end an enemy, but it won’t always.

All heavy strikes across all of the weapons deal increased breach damage, giving you the best method of landing a successful takedown.