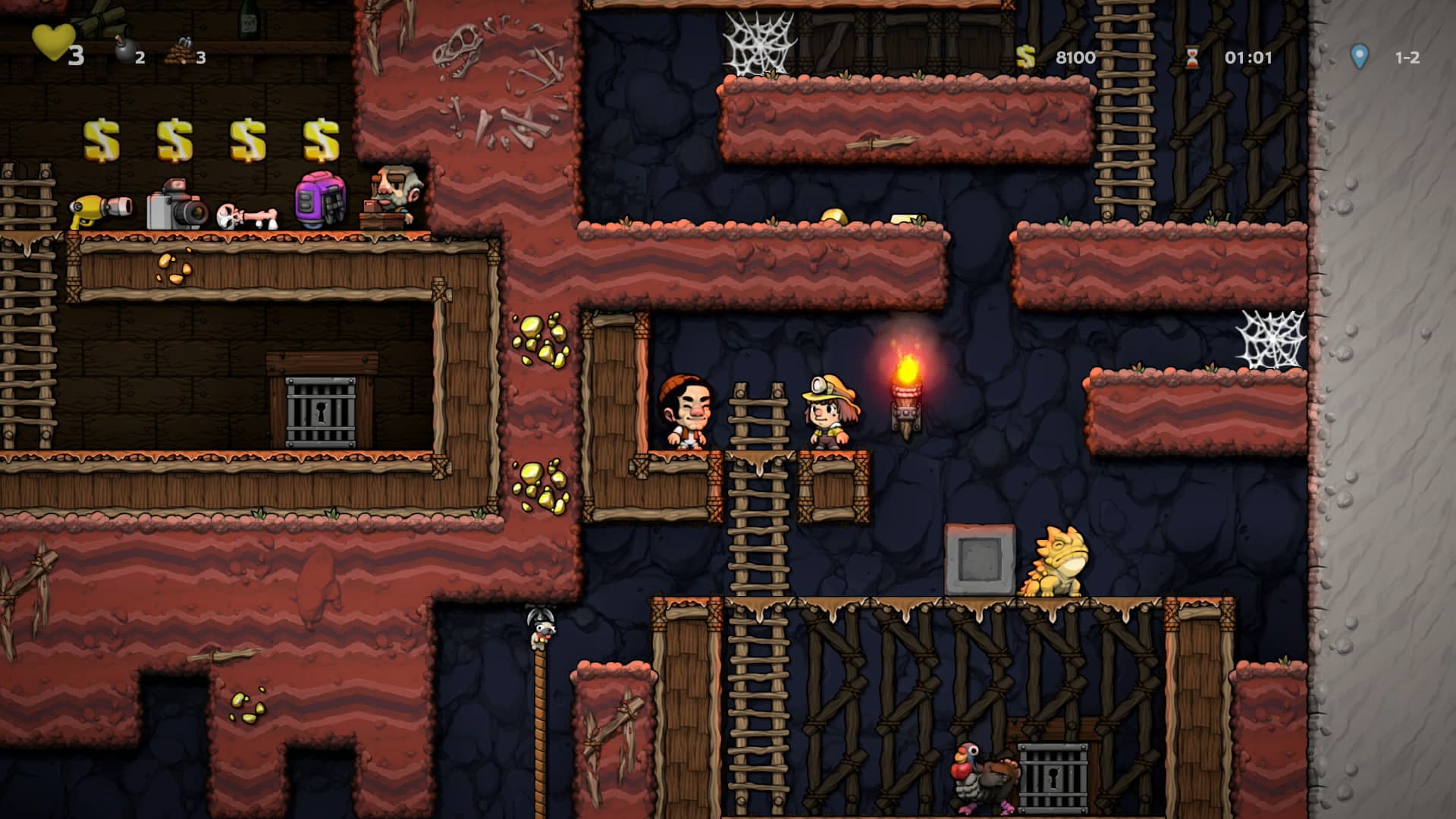 As you explore the various dank dungeons in Spelunky 2, you will eventually run into Yang. We are not sure why Yang is chilling out in such a dangerous place, but he doesn’t seem particularly worried about the things that are trying to kill us. Instead, Yang is worried about turkeys. Yang would like your help gathering up some turkeys, and in this guide, we will show you how to do it.

How to find a turkey

You can find turkeys wandering around somewhere in the level, so explore it thoroughly. When you are close to a turkey, you will be able to hear it making cute turkey noises, so they are pretty hard to miss. Now, turkeys don’t really want to follow you around, so you need to carry them. Hit down on the D-Pad or left thumbstick, and hit A at the same time to pick up the stubborn bird. You can also jump on it’s back to ride it around.

After that, carry it back to Wang. You may need to use bombs or ropes to make your way back, so if you are wondering if it is worth doing, Yang will give you a key to open the locked door in his turkey pen if you bring him the turkeys that go loose in the level. It’s filled with treasure, so it is definitely a good option.

Carry the turkey into the pen, drop it there, and then jump up to Yang to see if he is happy enough to give you the key. One further complication is that if you kill a turkey with a bomb, it will drop some delicious turkey meat that will cure you for one point of health. As such, think carefully about how far you might get, and how much treasure you might find, with the extra health before you give the turkey to Yang.

If you can bring Yang two turkeys in a non-seeded run, you will get the Turkey Whisperer trophy.