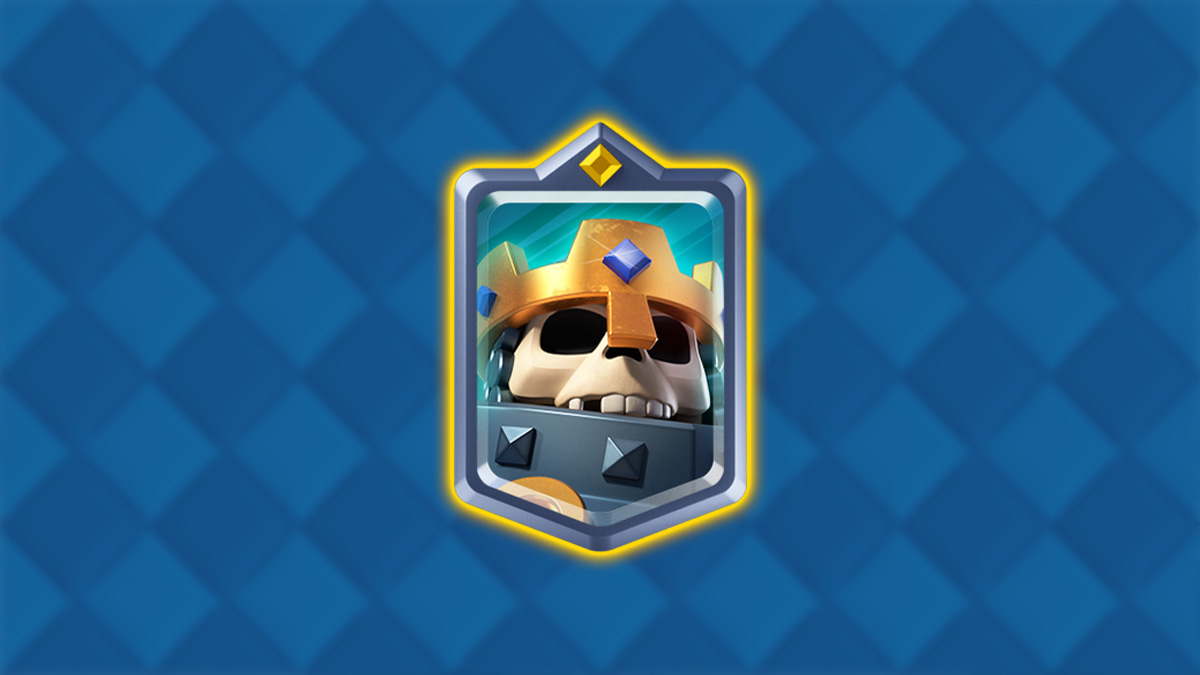 Metas change all the time. What was once on top can become unviable and vice versa. In some of the past Clash Royale metas, the Skeleton King was a popular card, but not really a strong choice, middling at best. He requires a specific set of deckbuilding solutions to be made viable. However, he has come back into the spotlight and there are a few ways to play him as a centerpiece of your deck and get very good results. Below, we will explain how to build your deck around the Skeleton King and win games in Clash Royale.

What is the Skeleton King card in Clash Royale

The Skeleton King is unsurprisingly a Champion rarity card. He is a melee troop-type minion that deals a moderate amount of damage on his own, but his ability lets him increase that output substantially. He has a large health pool that helps him live long enough to charge up and deploy said ability.

How to build a Skeleton King deck in Clash Royale

As a Champion, it’s obvious that the Skeleton King is a centerpiece that you can build a deck around. You want to look for ways to ensure your strategy stresses the enemy enough to use the Skeleton King as a surefire way to overwhelm them, and not get him sniped out from the field and back into your deck.

To do that, look for troops that can quickly make their way to their Towers and put pressure, forcing the opponent to use cards to deal with them. For example, cards like Baby Dragon, Bats, Miner, Goblin Giant, Wall Breakers, and other similar cards are good choices to ‘thin the herd’ before paying the 4 Elixir to summon the Skeleton King.

It’s a good idea to place him as far back as possible, to give him ample time to lumber forward while gathering souls from fallen friends and foes alike. The more souls he has, the bigger his Soul Summoning will be. Besides, he can’t be knocked back by anything except for the Log.

Another important consideration is which supporting spell cards you can put into your deck. This is important but quite simple. Use the staples like Fireball, Log, Barbarian Barrel, Goblin Barrel, and Tornado, to name a few. Consider putting two spells to help both protect and push your Skeleton King.

The most important combo to use with the Skeleton King is the Skeleton Army card. Try this: push your Skeleton King down a lane and collect souls. Pop his Soul Summoning and let it run its course. Your opponent might breathe a sigh of relief once he deals with all of that. Then play Skeleton Army and make him do that all over again — with your army even closer to his Towers.