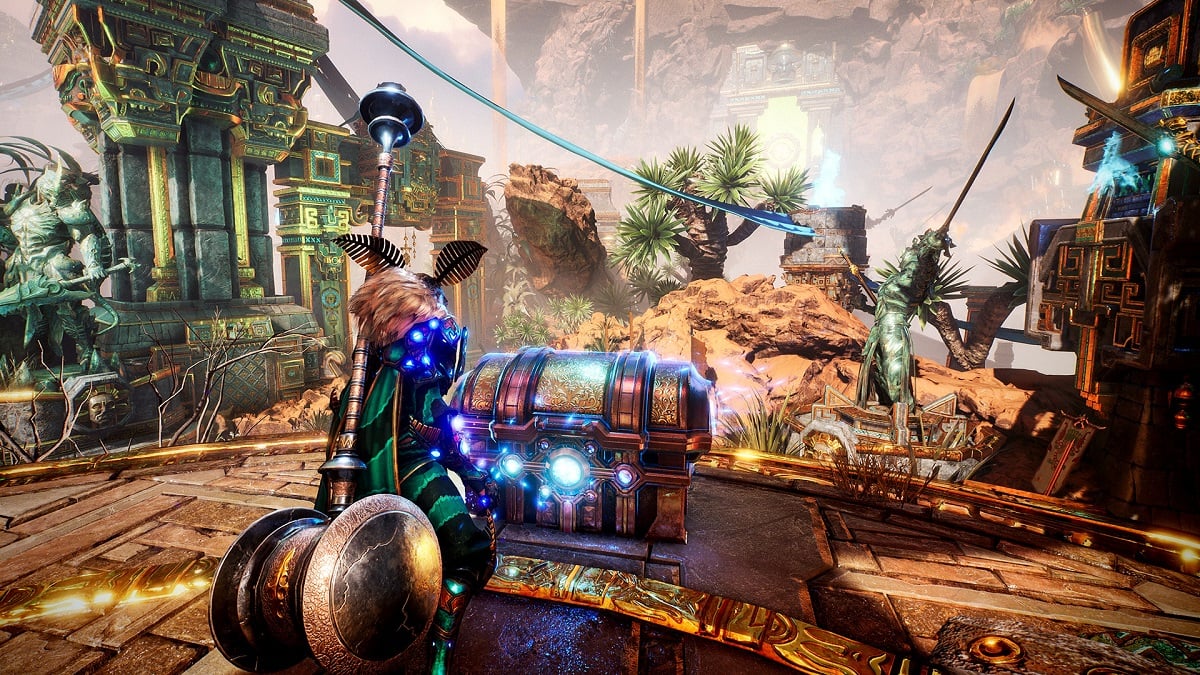 Your Archon ability in Godfall is one of the major mechanics when it comes to doing damage. Each Valorplate has its own ability, but they will also have traits in common. These include bonuses that they will give you while the ability is active.

First, let’s talk about how to charge up your Archon Ability. When you are fighting enemies, you will notice that they will drop golden orbs on death. Picking these up will charge your Archon Ability, and when the bar is full, you can activate it. You can find the Archon Fury bar located below the health bar in the bottom left of the screen. The orbs themselves are known as Aetherium.

You can also get Aetherium by opening chests in the game, and this can get you a huge amount, sometimes completely filling your Archon Fury bar.

Hitting the pressing down on both thumbsticks at the same time will activate your Valorplate’s Archon ability, and you will gain the following benefits for the duration:

The Archon Fury ability is what really sets each Valorplate apart, so be sure to read about it fully before making a Valorplate, and using it for the first time.