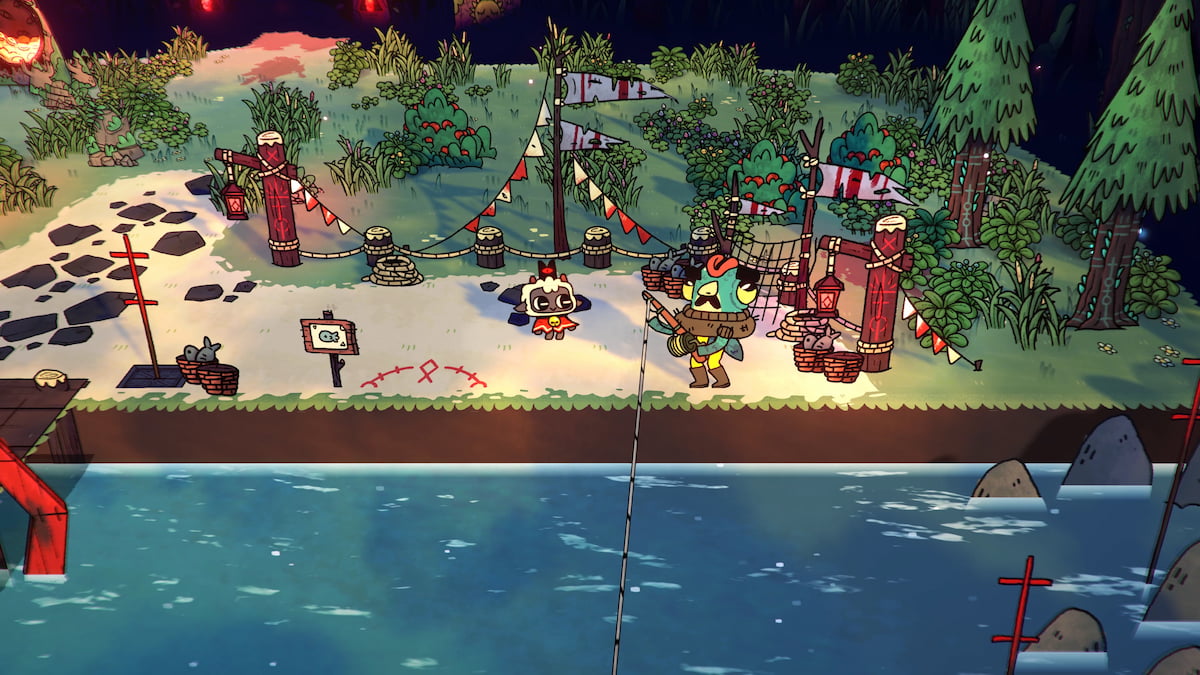 Beasts Below the Waves is one of the handful of quests you can complete in Cult of the Lamb. This quest requires you to go out of your way to visit The Fisherman and prove to him you’re capable of taking care of yourself and that your fishing skills are adequate. You’ll need to catch a handful of craft sea creatures to complete this quest. This guide covers how to complete Beasts Below the Waves in Cult of the Lamb.

Catch all fish in Beasts Below the Waves

You can obtain this quest from The Fisherman. You can find him at Pilgrim’s Passage after encountering him once while exploring and attempting to vanquish the Heretics. We were able to locate The Fisherman by visiting the Darkwood.

Related: How to level up Followers in Cult of the Lamb

There are four fish you need to find and catch to complete this quest. These are the four fish you’re going to try and hunt down.

All of these fish come from fishing at Pilgrim’s Passage. We were able to catch many of them by returning each day and collecting any of the fish swimming in the water. This process took several days to complete. The fish you catch seems to be mostly random, so it could take you longer or shorter depending on your luck.

The fish shadows return each day, so we recommend spending your morning grabbing as many as you can, doing your other activities throughout the day in Cult of the Lamb, and then returning here whenever it is convenient for you. The Octopus and Squid were the most difficult to catch. Some players have reported that the Octopus and Squid were available when you fished when it was nighttime.

Once you have all four fish, give them to The Fisherman, and you will have completed his quest.