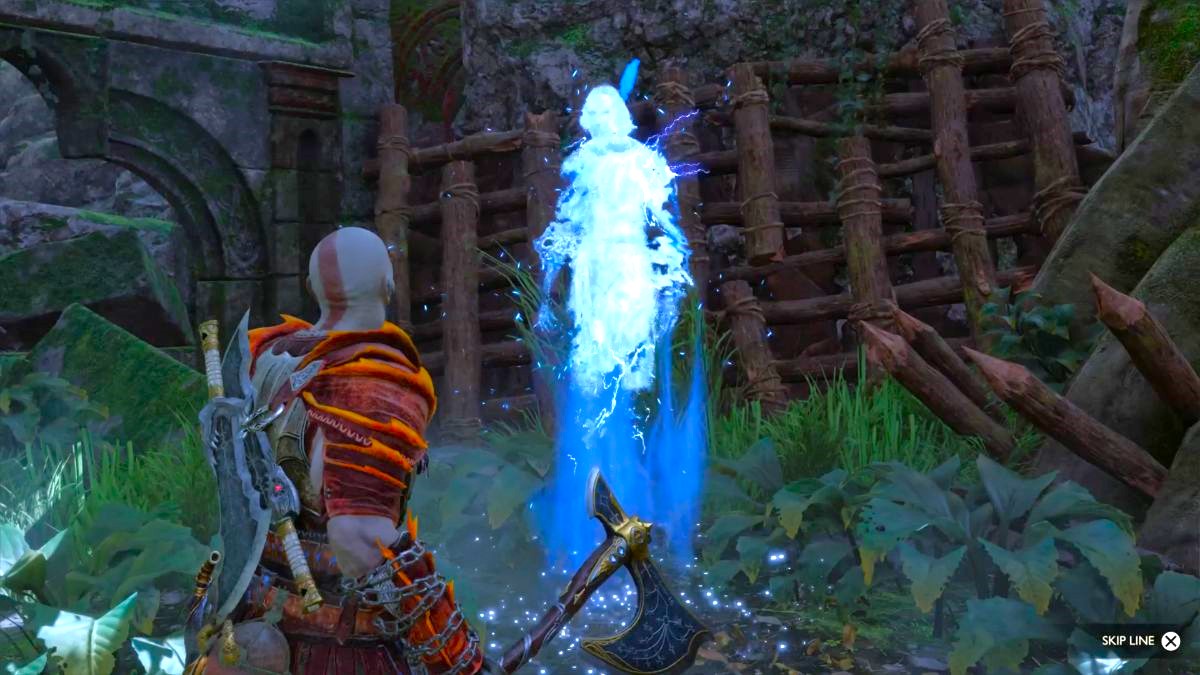 Casualties of War is a Favor side quest in God of War Ragnarok that takes place in The Jungle region of The Crater in Vanaheim. As with all of the Casualties of War quests, your task is to find the missing half of an item that has sentimental value to one of the ghosts haunting The Crater. In this case, the ghost is named Andor, and the missing item is a toy that he wanted to give to his son. He died before he got the chance to give it to him, and the two won’t be reunited in the afterlife until he gets it back.

Related: How to complete Casualty of War: The Scroll in God of War Ragnarok

How to start Casualties of War: The Toy in God of war Ragnarok

Before you can find Andor, you have to complete the Return of the River side quest Favor by opening the dam. After you’ve done that, you can climb back down off the dam and board a boat. Paddle east a short distance, then disembark on the first shore on the right. You’ll have to fight a couple of wulvers before you can explore this area in peace. They’re getting buffed by a nokken, so make sure you kill that first. Andor’s ghost is to the right of the Nornir Chest. Speak to him to start the Casualties of War: The Toy side quest Favor.

Where to find the toy in The Jungle

Get back in the boat and paddle all the way to the east end of the river. Turn left and paddle through the narrow tunnel. Disembark at the wooden dock, head up the slope, and go through the gap. Here you’ll have to defeat the two ogres that have been throwing boulders around the jungle. Once you’ve done that, you can find the toy on the west side of this area. Interact with it to complete the Casualties of War: The Toy side quest Favor.