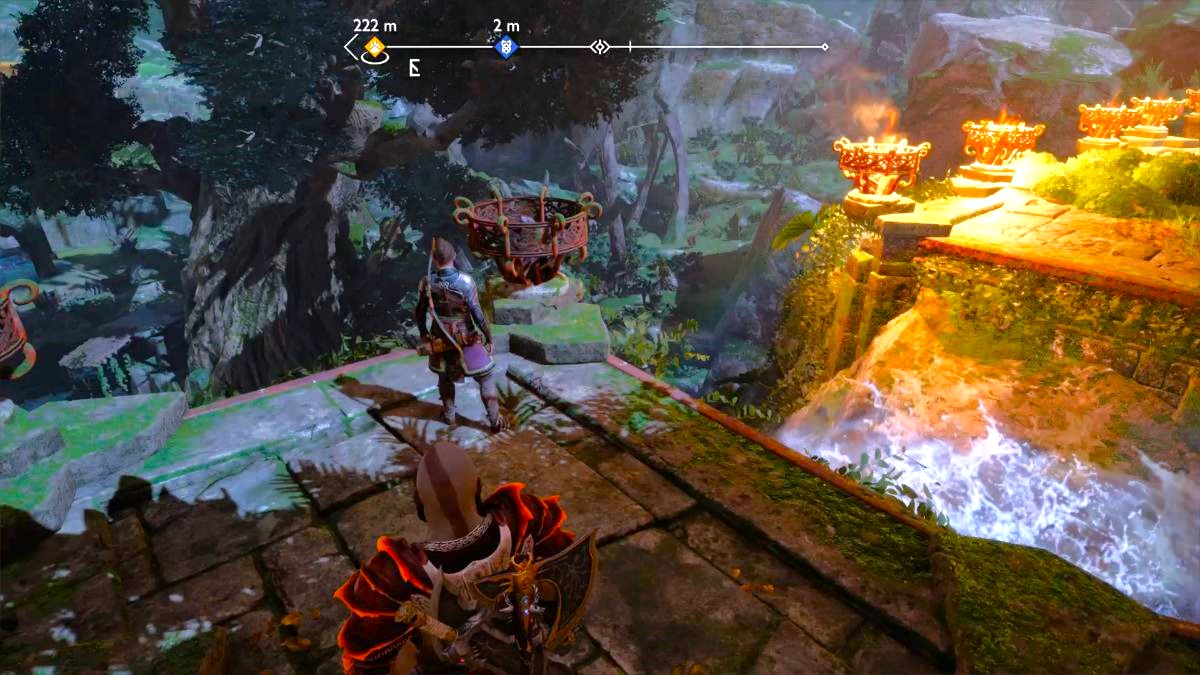 Related: What are the undiscovered collectibles in The Jungle in God of War Ragnarok?

How to start the Return of the River side quest Favor

When you first reach The Crater, you’ll be in The Plains region, but you’ll need to get to The Jungle in order to start Return of the River. When you reach The Jungle, follow the path ahead that curves around to the right. Dodge any boulders the ogres might be throwing at you, then drop off the ledge, and use your Leviathan Axe to freeze the poison plant to the left. Head south, retrieve your Leviathan Axe once you’re at a safe distance from the plant, then defeat the two wulvers. Climb the cliff at the end of the path, then head southwest to start the Return of the River side quest Favor.

How to ascend the dam

Follow the path, kill some more enemies at the foot of the dam, then continue southwest past the dam, and climb up the rocks. Turn to the right and use a Sigil Arrow and your Blades of Chaos to burn the brambles, then get on the lift and activate it.

How to open the dam

Defeat the enemies at the top of the dam, then use your Draupnir Spear to blow open a hole in the wall to the right. Squeeze through and defeat some more enemies. Now, before you can open the dam, you need to clear two clusters of brambles. You can actually clear both clusters using one chain of Sigils, placing them as shown in the screenshot above. Once the brambles are cleared, turn the wheel to open the dam, then squeeze back through to the other side to complete the Return of the River side quest Favor.