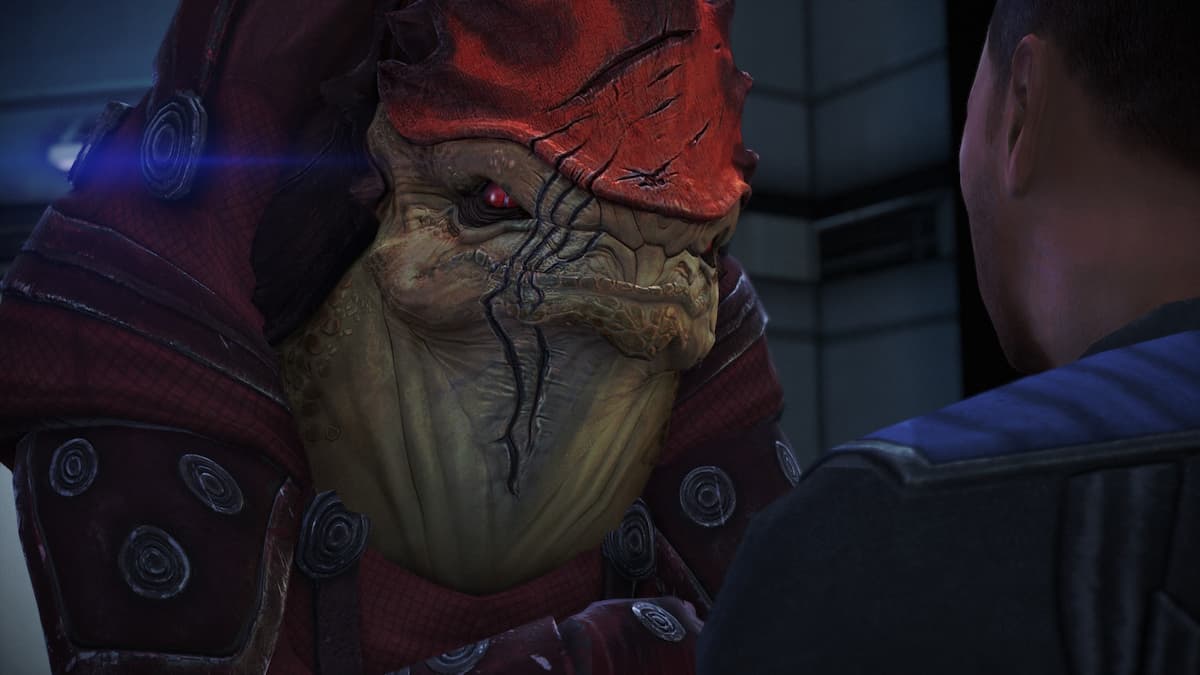 After you’ve chosen to recruit Garrus to your party while on the Citadel in Mass Effect Legendary Edition, he tells you a Krogan bounty hunter is hunting Fist. The station’s security force, C-Sec, has taken him into custody, and they’re questioning. If you head over to C-Sec, he might be able to help you figure out how to get to Fist so you can uncover the evidence against Saren.

Where to find Wrex

You’ll arrive at the location on the bottom elevator, and you can find Wrex on the left side, speaking with a handful of C-Sec officers. Wrex will walk over and approach you shortly after his conversation with the officers. He’ll exchange how the two of you are warriors, and you should be working together on this to bring down Fist.

Should you recruit Wrex?

If you do not go out of your way to find Wrex in C-Sec, you will not recruit him for your playthrough. You can instead choose to go directly after Fist and never grab Wrex. However, we do not recommend it. Wrex is a Krogan, a powerful species capable of regeneration, and comes with an impressive array of biotic abilities and weapon proficiencies. He’s a worthwhile combat asset, and he’s an important figure throughout the Mass Effect trilogy.