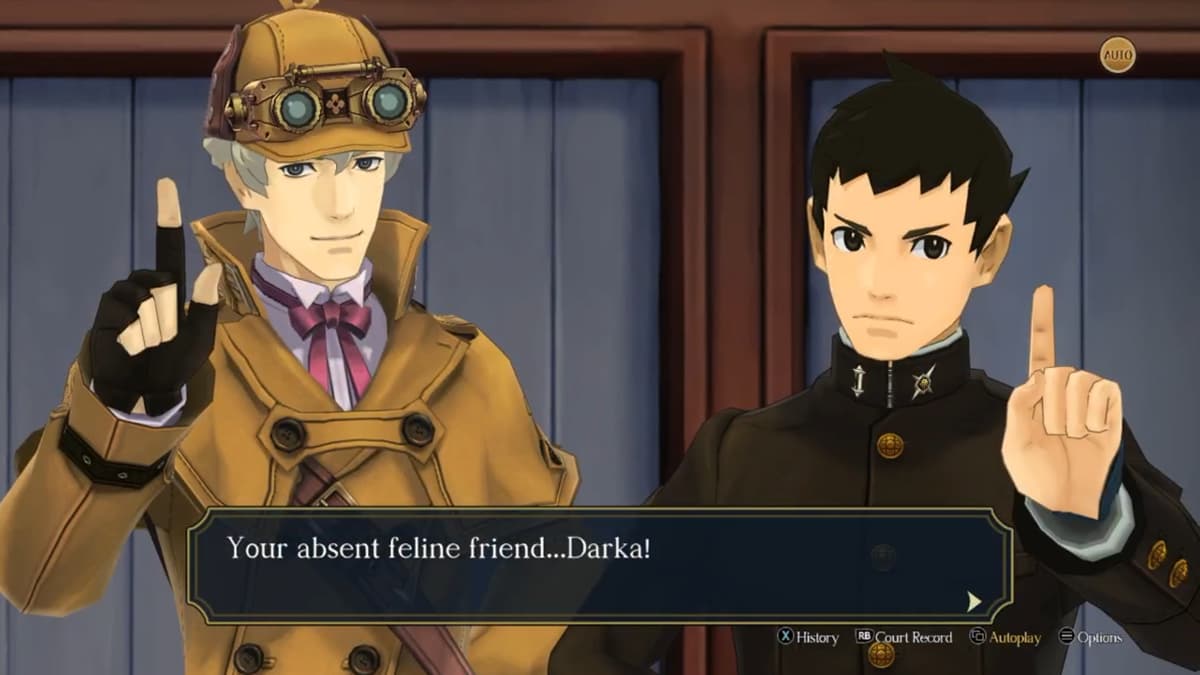 In the second episode of The Great Ace Attorney: Adventures in The Great Ace Attorney Chronicles, Ryunosuke must once again defend himself from allegations of murder, although this time, not in the courtroom. While on a ship traveling to Great Britain, he will investigate and find clues to solve the mystery of how his best friend Kazuma died.

During this process, you are introduced to the great detective, Herlock Sholmes, who has an odd way of coming to his deductions, which involves correcting specific keywords to find out what really happened. In this deduction, he has pointed to the ballerina Pavlova training a snake to enter Kazuma’s cabin and kill him. Here is how to complete the Course Correction in Episode 2, Investigation, Part 3 of The Adventure of the Unbreakable Speckled Band in The Great Ace Attorney Chronicles.

Your first replacement involves finding out what part of Pavlova hurts when she thinks about the death of Kazuma. Rotate the camera to the back of her hand and present the claw scratch. Odd that a snake would claw her, right?

Next, you need to point out who Pavlova’s “friend” really is. Sholmes believes it to be the snake in the room, but instead, Examine the photograph on the table. Be sure not to Present it, or you will lose a mark. When the picture comes up, you can Present the black kitten in the picture, who is the “friend” that Pavlova hid on the ship and scratched her.

Now Sholmes is accusing Pavlova of hiding the shedded spangled skin of the snake, but that is wrong since she instead has a cat. Examine the “skin” she is hiding behind her, and Susato will reveal that it is actually a cat toy. The name of the item will change, and you can now Present it.

At the beginning of the second topic, Sholmes is still running on the assumption that a snake killed Kazuma; however, he has not seen the Post-Mortem Report. Present the evidence to him that says that Kazuma died from a broken neck, not poison.

Kazuma likely broke his neck from a fall since no weapon has been found at the scene of the crime. When prompted to prove the cause of death, present the Mark on Floor, made from the shoe polish on Kazuma’s boots, accompanied by half of a bell. Presumably, he had tripped over Pavlova’s cat and died from the fall.

Now it is time to link Pavlova to the murder. While Sholmes believes she hid the evidence in her suitcase, move the camera to the right and Present the Wastepaper Basket. If you examine it, you will see the other half of the bell inside.

That will complete this Course Correction with the assumption that Pavlova’s cat Darka was the cause of Kazuma falling and breaking his neck. Is that really what happened, though?