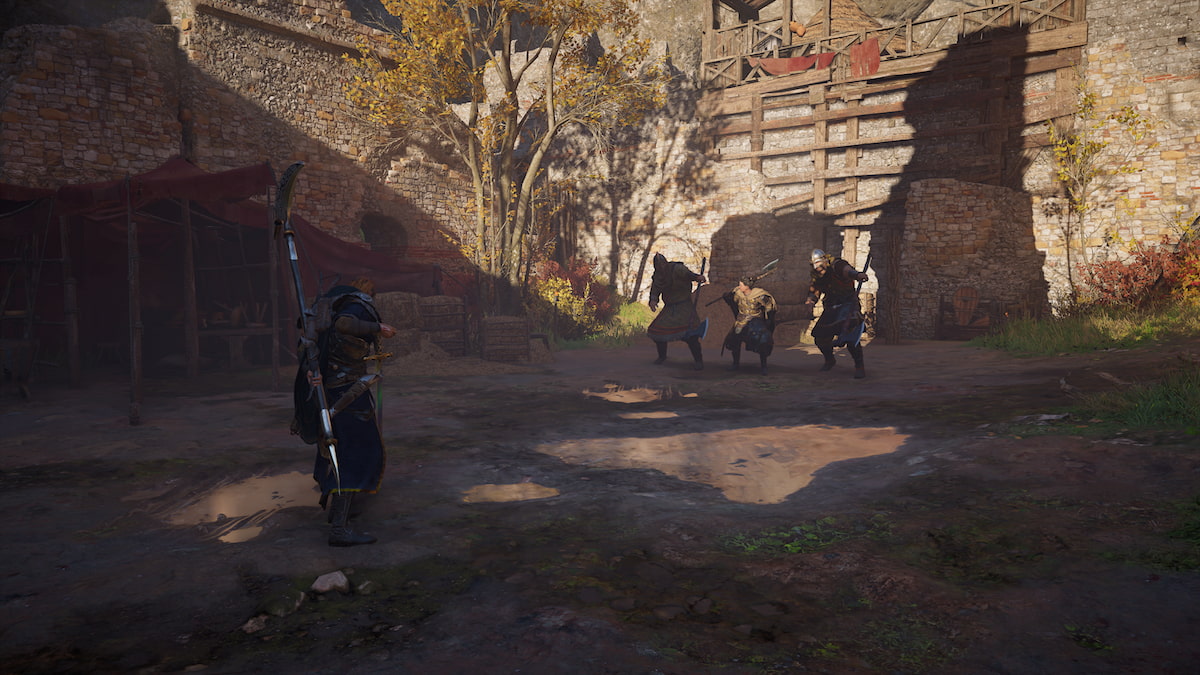 After completing Lugh’s Legend in Assassin’s Creed Valhalla, the many leaders of the various rivers in the River Raids have enlisted elite guards to protect specific settlements. These guards will be waiting for Eivor at specific river locations, and defeating them will yield worthwhile loot. This guide details how to complete England’s Protector and find them in Assassin’s Creed Valhalla.

For England’s Protector, you’re going to need to travel to the River Severn. It will be on high alert, so it will have the highest defenses possible, and until you clear the guard here, the defenses will remain high.

You won’t have to go far. A brief cutscene will play out as the Champion arrives at the battle, with a pair of bodyguards protecting her. The bodyguards will have massive axes, making them highly desirable targets. We recommend taking out the Champion before dealing with the more brutish bodyguards.

Once the bodyguards and Champion have fallen, you’ll have to approach the champion’s corpse and retrieve the weapon. You’ll receive a Superior Dane Axe called Rollo’s Lost Dane Axe. Its passive is that it increases your attack during a special attack.