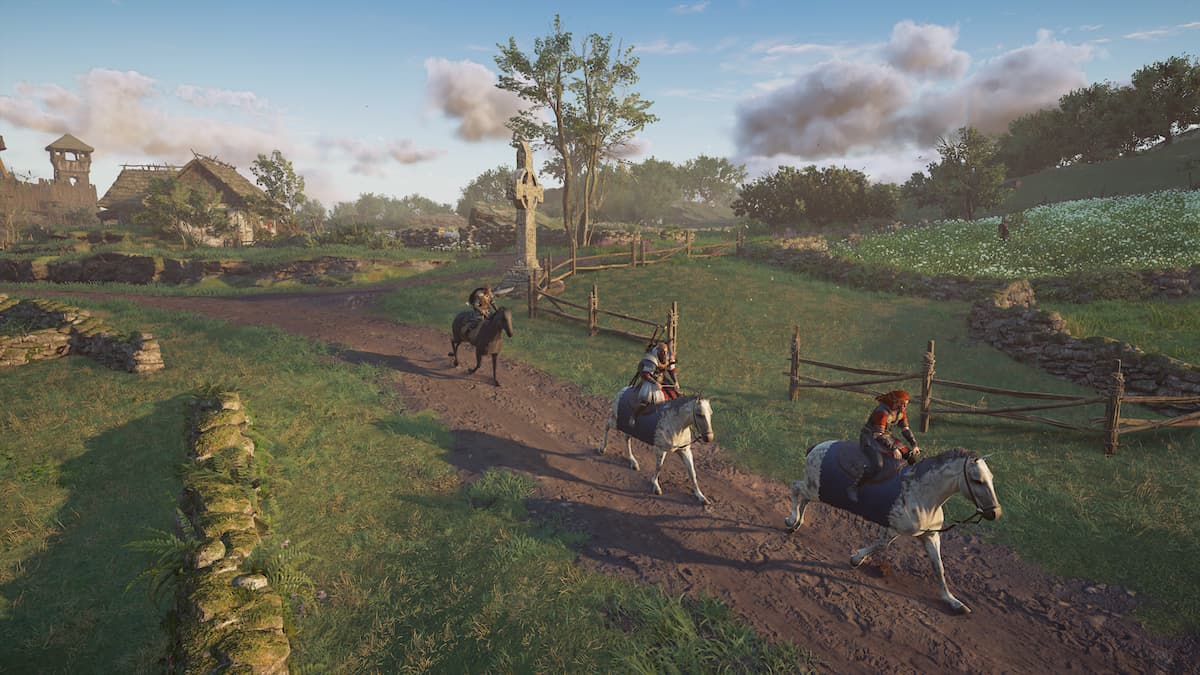 The next High King of Ireland is set to be crowned, and the first step you need to complete before you can start the ceremony is to find Flann’s poetess in Dublin. They typically frequently wander the city’s markets, and you’ll have to locate their position.

How to find Flann’s poetess

The Dublin markets are to the southwest of the city’s center, close to the stables. You can wander over to them or use your Raven to narrow down the exact position of where you need to go.

When you enter the area, the poetess, Ciara, will begin singing. You can follow her voice to help lead you through the markets to find her location. She’s over by the tavern, which you can find by looking at the building with several flags and with shields on the side of it.

After finding Ciara, a pair of Norse warriors will be causing trouble against her, and Eivor will be forced into hand-to-hand combat against them. They’re nothing special, and you should be able to take them out after a few hits. When they’re down, return to Ciara and pick her up. You need to sober her up, which you can do with a nearby pond.

With Ciara sober, you can lead her back to Bárid, where the three of you will ride your way through Ireland to Tara and attend the ceremony for the next High King of Ireland. But when you arrive, you learn a priest has gone missing, and there’s a disturbance at his tent.

How to investigate the priest’s disappearance

You’ll be given a location to the tent, and you can interact with a cup on the ground. You’ll then have to investigate the area and learn what happened to the priest. You can do this using Odin’s Vision to highlight several investigation points around the tent and throughout the ceremony.

You don’t want to focus on all of them. Instead, look for the dark stain outside the tent, and Eivor will deduce that its blood. You then need to follow the blood trail away from the ceremony to figure out what happened. The end of the trail should lead you to a cart track, and you’ll need to run down the hill to learn what happened. The path should leave you to the northwest, just outside of Annagh Doo.

By following the cart’s trail, you’ll learn that the priest has been killed, and a group of bandits have turned Annagh Doo into a small camp. You need to clear the area of all enemies to proceed forward. One bandit attempted to wear the priest’s clothing to disguise themselves and attempt to kill Flann. By eliminating them, you’ll be able to read a note on their body and learn that an unknown enemy is targeting Flann.

With that task finished, you’ll return to Tara and speak with Ciara. You can then attend Flann’s ceremony and plan to meet him in Durrow following the end of the cutscenes.