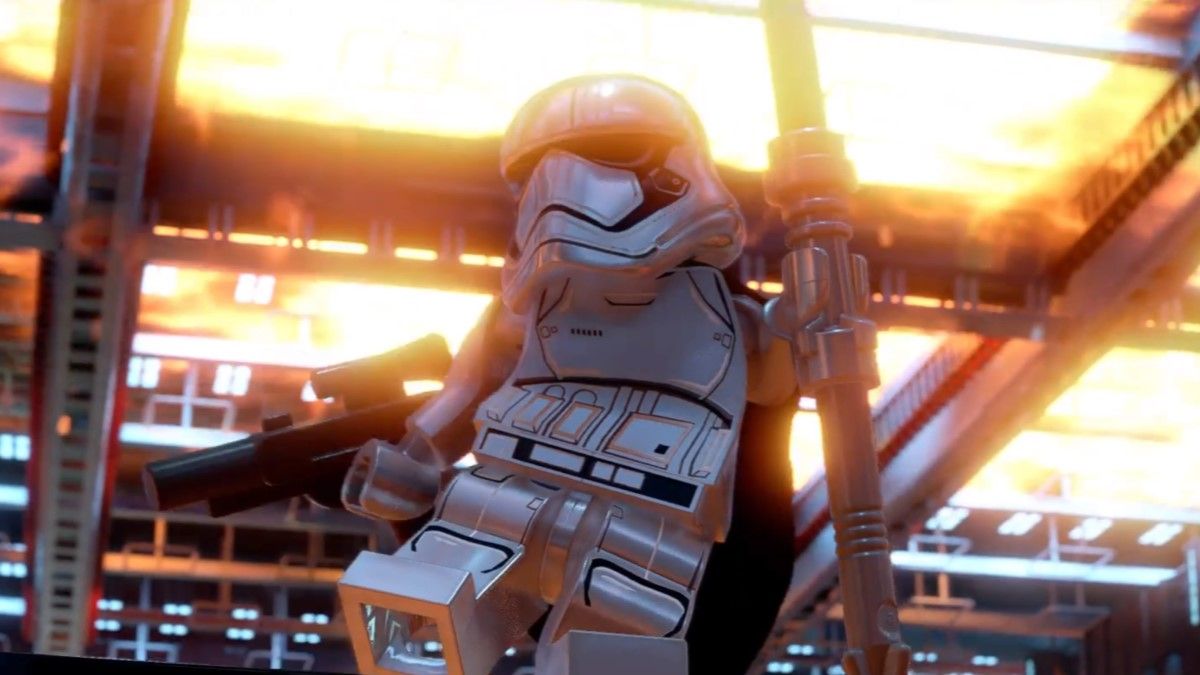 To complete the Heads Up, Chrome Dome! Challenge in Lego Star Wars: The Skywalker Saga, you need to find a way to drop a TIE Interceptor on top of Captain Phasma during the Chrome Dome Down level in Episode VIII – The Last Jedi. Not only do you have to find a way to do it, but of course, you actually have to do it. This level is mostly made up of a boss fight against Captain Phasma, or “Chrome Dome” as she is affectionately known to her enemies.

At the start of the level, Finn and Rose Tico are discovered aboard the Mega-class Star Dreadnought Supremacy (a.k.a. Snoke’s Boudoir) by First Order Stormtrooper officer Captain Phasma and are forced to fight her. But how? She’s out of reach on a high platform in the middle of one of the Supremacy’s huge flight decks. Well, there are various ways to attack Captain Phasma, one of which is to drop a TIE Interceptor on her head.

This isn’t the only time you’ll encounter Captain Phasma in Lego Star Wars: The Skywalker Saga. You also get the chance to capture her during the Starkiller Queen level.