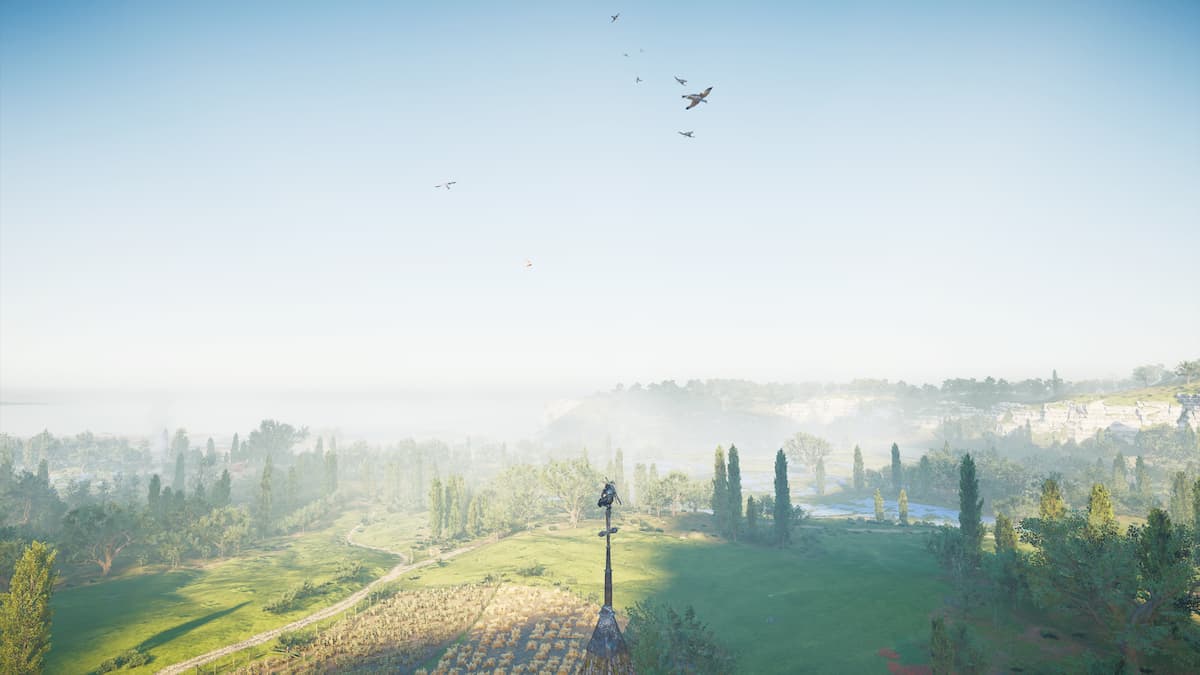 The Hidden Ones were worldwide, attempting to keep humanity’s best interests in mind and ensure they were not led astray. But their enemies were everywhere and drove them from their bases, including the Hidden Ones operating in Francia. In Assassin’s Creed Valhalla’s The Siege of Paris expansion, there are three Hidden Ones bases that you’re going to need to find to access their prized treasures. This guide details how to complete the quest Hidden and find all Hidden One key locations. You do need The Siege of Paris expansion to access this content.

There are three Hidden Ones key locations in Francia: Diodurum Ruins, Champlieu Ruins, and Gisacum Ruins.

There is a Hidden Ones’ key you can find underneath Dioduruin Ruins, which is also next to a book of knowledge.

To gain access to the key, you can jump off of the synchronization point at the top of the ruins into the water. Then, you should see an underground entrance that you can dive through to access the location.

Once inside, follow the path, and there is a blocked-off point with a gap below you that leads to the water. Go through the hole, and follow the pathway to the right side. It should take you to the other side of the blocked path. There will be an explosive jar you can grab and then throw at a breakable rock wall, giving you access to the Hidden Ones’ lair. The key will be on the table inside the hidden chamber.

The next Hidden Ones’ key can be found in Gisacum Ruins. This location is in Evresinm, to the north of St. Taurinus Tavern.

When you arrive at the location, a pair of French guards will be wandering around the area at the bottom of the ruin. You can deal with them however you like. However, once you’re finished with them, you want to look for a breakable wooden floor that will lead to the underground entrance of the Hidden One’s lair. The flimsy floor should be to the right of the stairs.

From here, the main problem you’re going to be dealing with will be the multiple rat swarms that have built up in these areas. All you have to do is swing your weapons around and lead them to the sewer grates on the floor. When they scatter into the grate, you should be free to move forward, but they will return after a bit of bit. The key will be in the back of the hidden lair, on the table. However, it’s in a location where there is no sewer grate. You’ll have to time your swings to push the rats away and then grab the key before the swarm can hit you. When you take damage, it stops the interaction, preventing you from holding the key.

The final ruins containing the Hidden Ones’ key is in Champlieu Ruins. You can find it to the east of Paris.

When you arrive, the place will be deserted. However, there will be a pair of dead guards right next to a fragile wooden floor that you can break, revealing a passage that you can jump into. This will be the entrance to the final Hidden Ones’ key.

When you reach the bottom, there will be a small gap you can slide through with a rat swarm on the other side. Use your weapon to push them into the sewer, and then grab the explosive jar on the other side of the room. Then, there will be another grate you can dive through and then return to the entrance. Finally, a breakable wall that you can destroy using the jar will be to your right, revealing the final key.

The Hidden quest will update, and the Hidden Ones’ bureau location will be in Paris.

Hidden Ones’ bureau in Paris

Unlike the other locations, the Hidden Ones’ bureau will not be on the map. Instead, you’ll have to find it somewhere in Paris.

The location you want to visit will be the southwest part of Paris, to the south of the Plague District of the city. There, you’ll find the Lutetia Bureau.

When you get near the location, you’ll be able to use your raven to find its exact position, which should be a large open hole that you can jump into. When you arrive at the bottom and follow the path, you’ll find a door where you have to use all three keys. You won’t be able to open these doors unless you have all of the Hidden Ones’ keys from the previous locations.

Once you’re inside the location, follow the pathway, and there will be a large, dark room full of swarms of rats. Your primary goal will be to reach the bottom, where there is a breakable rock door. The only way to open it is to use the explosive jars on the top right of the area. Before you can access the pots, you want to remove the rats from that location. You’ll have to jump on the outside of the room to make it to the bottom.

After you’ve pushed the rats back from where you found the explosive jar, place the pot on the wooden platform before jumping to the following location and pressing the rats into the sewers. You can’t take the explosive jar across until they’re away, or they will attack you, causing you to drop the pot. You can then move on the outside of the room to jump on a series of platforms to make your way to the bottom of the room. Again, make sure to stick to the right side of the room to avoid the rats on the bottom floor. You can then place the jar in front of the rock wall and destroy it, reaching the chest on the other side, surrounded by vipers.

To complete the quest, return to the entrance of the bureau, and you will find a letter revealing that not all of the Hidden Ones have left Francia. 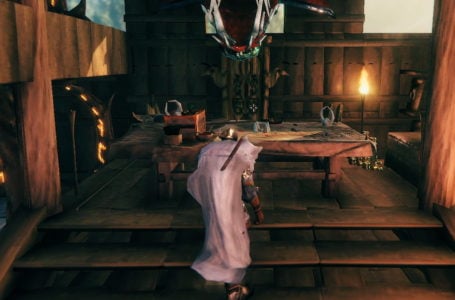