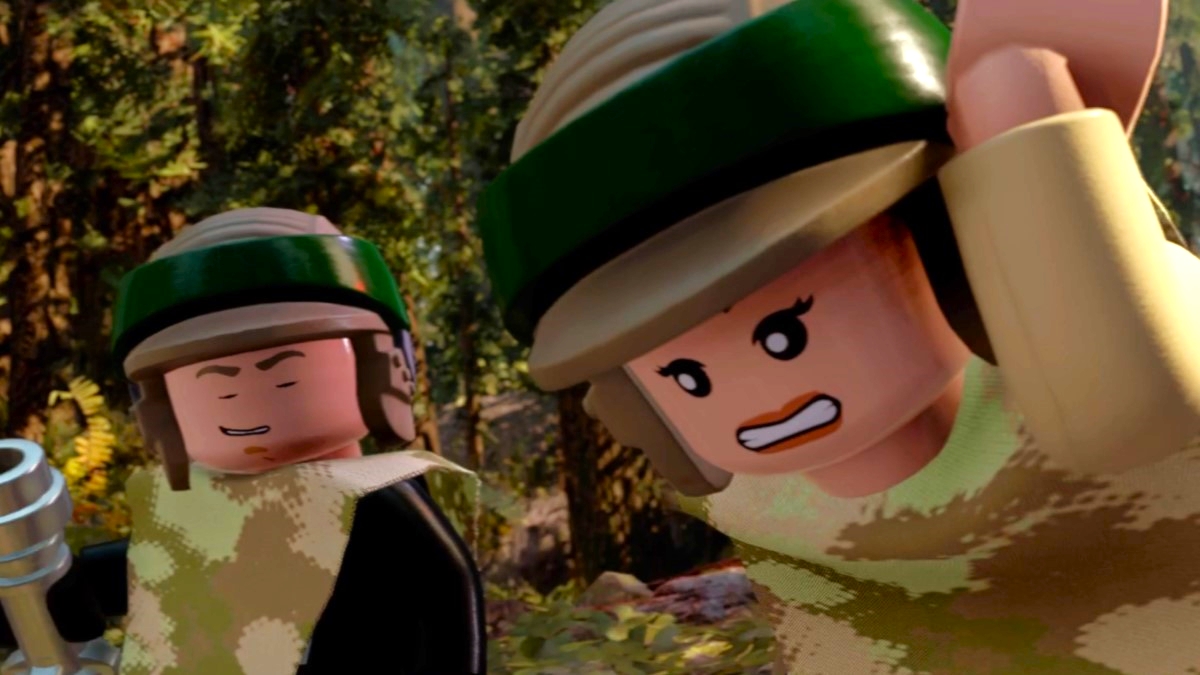 To complete the No Safe Space Challenge in Lego Star Wars: The Skywalker Saga, you need to damage the Scout troopers by overloading the generator during the Endor the Line level in Episode VI – Return of the Jedi. This Challenge is third on the list of three Challenges, but it’s actually the one you can complete first.

At the start of the level, Han Solo and Chewbacca fail to sneak up on an Imperial Scout trooper outpost on the forest moon of Endor (home of the cute, cuddly Ewoks, of course). So, when the playable part of the level begins, and you take control of Leia (Endor – Hat) and Luke Skywalker (Endor), a firefight is already underway. Fortunately, you can immediately gain an advantage in this firefight (and complete the No Safe Place Challenge), by shooting at the Scout troopers’ power generator.

Related: How to get the Datacard in the Ewok Village on Endor in Lego Star Wars: The Skywalker Saga

The generator is directly in front of you when the level begins. Just take a few steps forward and look down into the clearing. The generator is the white and grey box to the right of the yellow lamp. When you aim your blaster rifle, it’ll probably lock on to one of the Scout troopers, but don’t shoot them. Instead, aim at the light blue cell in the middle of the generator. Shoot it once and it’ll turn red, then after a few seconds it’ll explode. The explosion should damage any nearby Scout troopers, and the No Safe Place Challenge will complete.