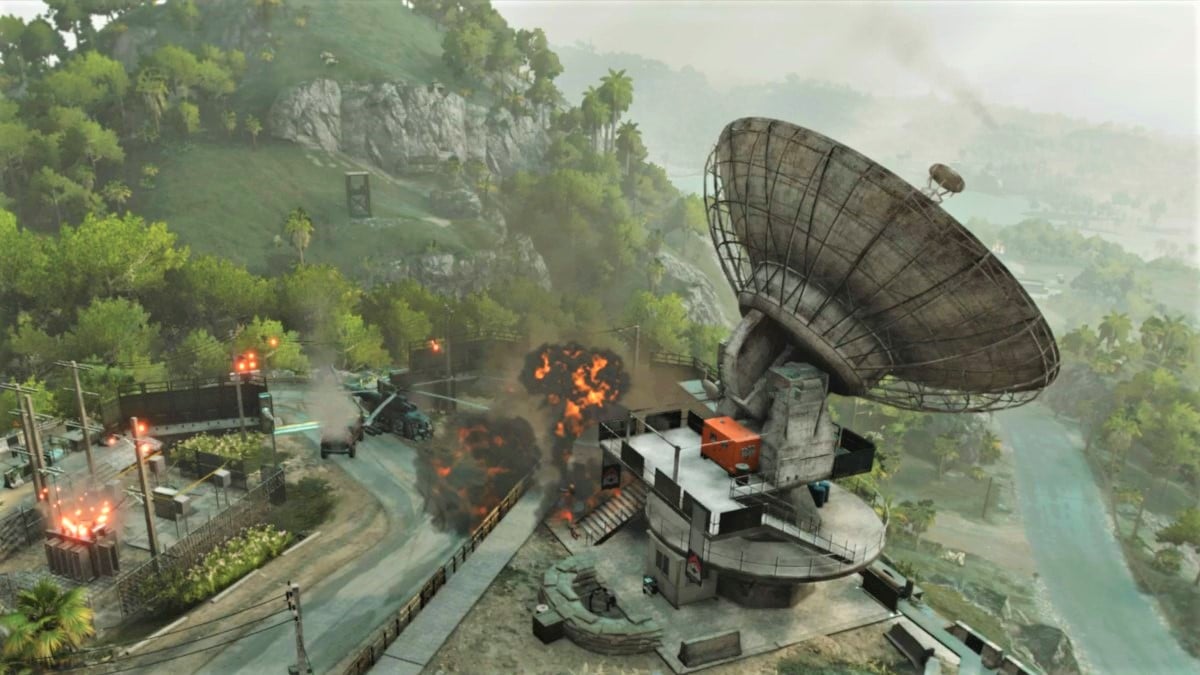 The Radio Libertad mission in Far Cry 6 is a Máximas Matanzas operation given to you by Bicho immediately after you complete his Hype Bomb mission. Your objective is to power up three radio towers so that Bicho’s rebel radio station can reach the whole of Yara.

Related: How to unlock the Hidden In Plain Sight achievement in Far Cry 6

From El Rancho Bicho, head south west and use the grapple point to get up the rock face. From the lookout post at the top, follow the blue Libertad trail south, using your grapple once more along the way. Exactly how you approach the tower is up to you, but we recommend at least trying to be stealthy. There’s an officer on the balcony of the building who is pretty easy to stealth kill. Or you could of course grapple straight to the top of the tower and do some sniping from up there. The switch you have to pull is inside the building. There’s also a note in here that’ll give you the location of an anti-aircraft site.

Now jump in a car and drive west to the next tower. There might be a guard or two, but this one isn’t about fighting your way in. Here you need to climb up to the top of the apartment block. Start by using the grapple near the south west corner of the building to swing onto the scaffold on the south west corner. Now follow the scaffolds north, then east. Climb the vine then head east and look through the locked blue door. Shoot the lock on the green door on the other side of the room (there is no key), then continue around the corner and climb up where you see a blue banner. Drop off this little roof on the west side, ignoring the power switch for now. Instead, enter the room through the green door and repair the wiring. Now you can use the switch to power up the tower.

Head south west to the final tower. This one is also unguarded, so this part of the mission is another test of your climbing skills. Follow the blue markers up the front of the tower, then use your grapple from the wooden plank sticking out at one side. At the top, a couple hawks will attack you. The best way to deal with these is to wait till they squawk, then shoot them with a shotgun as they swoop down at you. Climb onto the large crate, then up to the wooden platform marked by a blue banner. Now jump up again and climb a vine to the power switch at the very top.

Now you’ve got to head east to the Taíno Peak Relay Station. For maximum action-hero effect, leap from the tower, swoop down using your wingsuit and commandeer a vehicle or horse on the road. This tower is heavily guarded so, unless you’re really good at stealth, you’re in for an intense firefight here. The more stealth kills you can get, though, the easier it’ll be. Your Supremo will definitely come in handy here. The first power switch is on the south east side of the base of the radar dish, and the second is at the top of the tall tower. No grappling here – just use the ladder inside the tower.