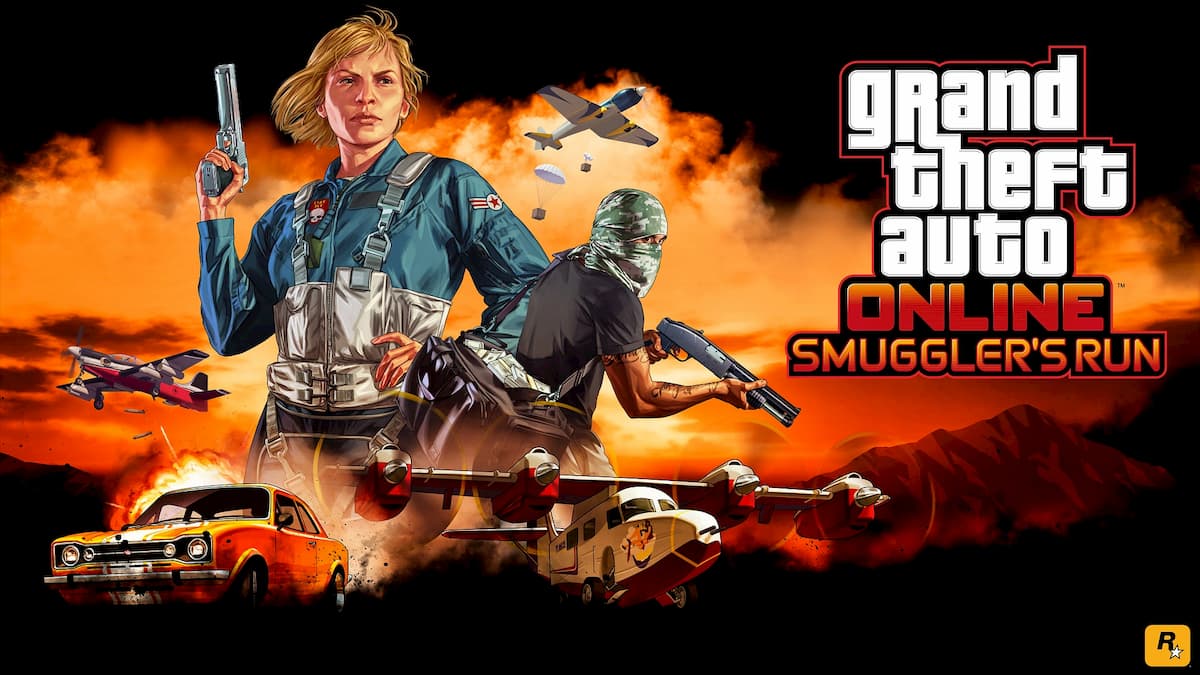 If you’ve had enough of the Cayo Perico heist in Grand Theft Auto Online, you might be looking to go back and revisit some of the added content from previous years. The smuggler sell missions are a perfect choice to keep you busy for a while.

The Seel Cargo missions, an update born from the Smuggler’s Run Update from 2017, ask you to haul some material through the air. The exact mission you receive will be random, and bonuses will change depending on the type of cargo you’re delivering. Check out the variations below to find out the best way to work through a smuggler sell mission.

You’ll need two players for this one: a pilot to drop the cargo over multiple drop locations, and a gunner to use three different turrets on the plane. The Bombushka is heavily armored and can withstand plenty of firepower, but you’ll have to keep an eye on the drop locations, which tend to be several miles apart from each other.

The Mogul requires two pilots: a gunner to hop on the turret, and a pilot to make five different drops of product. During this mission, you’ll get a call from Ron, who will tell you about cops coming after you in a bunch of helicopters. Make sure your gunner keeps them off your trail.

This missions divides the cargo load into several helicopters. One pilot needs to be in each helicopter, and due to their smaller size, you’ll need to direct them into tighter spots in construction zones and bridge underpasses. You can use two helicopters to carry a pair of packages, and make both deliveries in one trip.

The Skylift offers you a scenic route of Los Santos and Blaine County, as you’ll only get one drop site, but it could be as much as seven miles away. You’ll be transporting cargo to a ship or a bunch of floats pulled by a tugboat. The Skylift is slow enough that you might not be able to return it by the end of the mission.

If you enjoy crane/UFO catcher games, the Cargobob is right up your alley. You’ll need to use the hook to pick up and drop off cargo at several different locations. You’ll place the cargo in the flatbed of a truck, and when it successfully registers, you’ll see a cutscene. The Cargobob isn’t known for its speed, but thankfully the game understands this, and dropoff locations are close to each other.

Hunters have some of the most powerful artillery equipment of any helicopter in GTA Online, and you’ll get to use it when you clear out the area where you need to drop the product. You should get comfortable using the guns on the chopper, as you’ll need to defend the drop zone several times before this mission is complete.

Playing solo may trigger the appearance of the Seabreeze, which resembles the Mogul. You’ll need to pilot the Seabreeze to a few different drop sites and make your delivery on the ground or in the water with tugboats. Expect to find some Rogue fighter planes pursuing you, and sending you a generous supply of missiles to try destroying you.

The Alpha-Z1 mission contains the most stops you will likely make during a smuggle sell mission. As many as 20 drop-off sites will be marked for you and your crew, and you can share all of them, so when one person completes a drop, everybody gets credit for it. The Alpha-Z1 will automatically make the drop when you approach the site, so don’t worry about missing your shot.