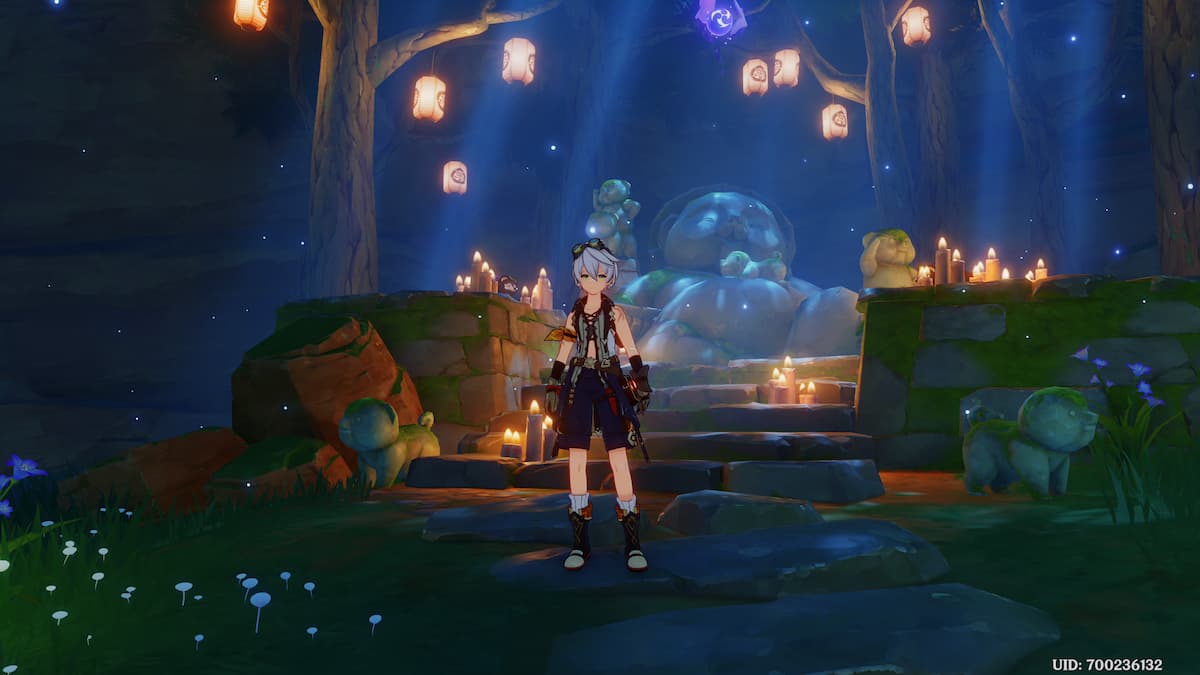 The first part of the Cleansing Defilement quest in Genshin Impact involves heading to the Chinju Forest. Here, you will need to figure out exactly what you need to do, as the game doesn’t give many hints. The good news is that we have already done it, and this guide will get you through each step.

First, make your way to Chinju Forest and activate the waypoint that can be found there. After that, climb the steps of the main path, killing any enemies you run into. You will come to a section where a smaller path cuts off to the left, between some tall rocks.

Once again clear out all enemies along this path and you will come to a statue of a large Tanuki called Ioroi. You will need to convince them to give you their comb, but they will only do it if you entertain their kids for a while. You can see Ioroi’s exact location marked below.

Head back down the path and you will find a small Tanuki. Walk up to him and he will do a little dance, then vanish, reappearing further down the path. He will do this a couple of times before turning into a torch that you can light with Pyro abilities.

From there, head to the center of the area with the tall stone. You will see some Hilichurls gathered here. Take them out, then climb the stone with the pot on it and investigate the area by hitting the prompted button.

Now, head to the point shown by the player indicator on the map above. This is where you will find the third and final Tanuki. He will do the same disappearing trick, so follow him for a while, then he will turn into some torches in the river. Light all three, then head back to Ioroi to get the comb.

After that, you need to find the puzzle itself, s you will need to drop off the cliff to the east and when you get to the beach, look for a Tanuki standing on a little statue. A cutscene will play, and a lump of the cliff will disappear.

Once again, a powerful enemy will appear that players will need to defeat, then they will get another long cutscene with the Kitsune lady.