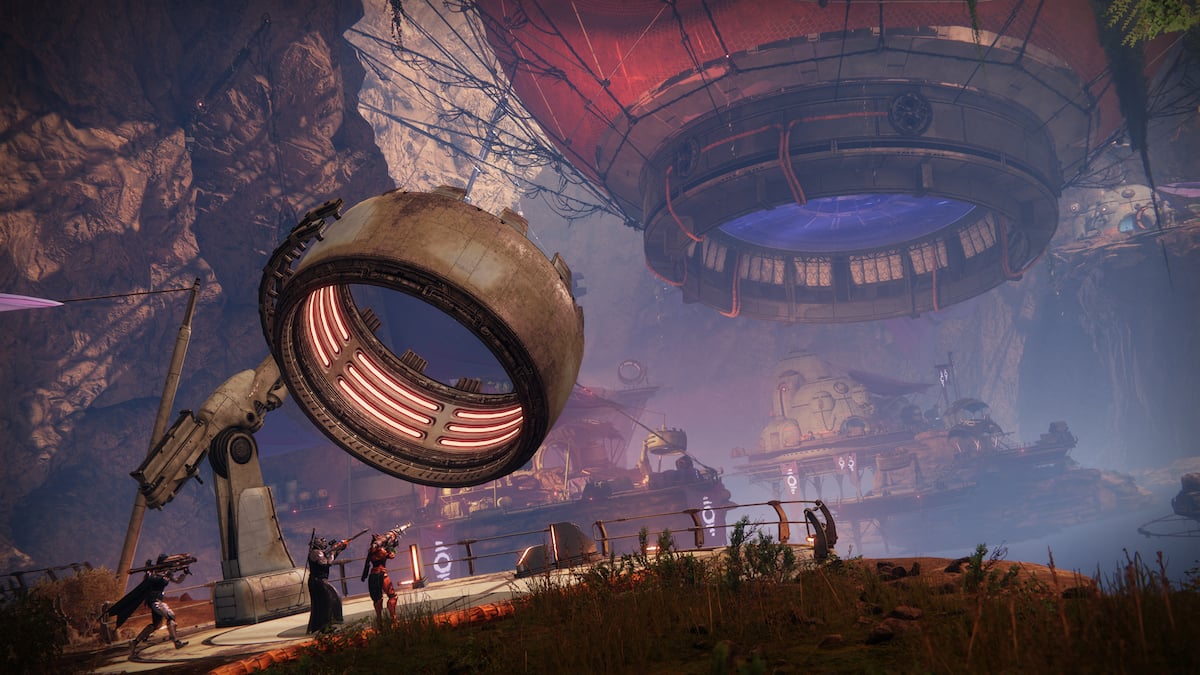 After racing against the clock to dismantle Fallen mines, you will find yourself venturing into the next arena, which just so happens to be one of the largest open areas in all of Destiny 2. This encounter is pretty fun and lighthearted, as is the general mood within the Grasp of Avarice dungeon. If you have been keeping track of previous encounter mechanics like the Burdened by Riches engrams, the Scorch cannon, and the Crystal, then you should get through this encounter in no time.

Navigate the arena and charge the crystals

You’ll immediately notice several different platforms located around the arena with “man-cannons” located on each platform. You’ll want to begin by finding a Fallen Vandal equipped with a Scorch cannon. Like other encounters, kill the Vandal and pick up the Scorch cannon. Shoot a charged Scorch cannon shot into the Fallen battery that connects to the man-cannon to launch yourself to the desired platform. The platforms can be rotated by simply standing next to them and pressing the prompted button.

You’ll want to be on the lookout for a shielded Servitor that will appear on one of the several platforms. Once you find it, navigate over to its platform. Once you reach its platform, you’ll notice lots of enemies spawning, kill them and collect the false engrams they drop to acquire charges of Burdened by Riches. Once you’ve collected 20 charges, head to the middle of the platform and deposit them into the crystal to bring down the Servitors shield.

Launch the Servitor and pop the shield

Once you kill the Servitor, you’ll notice part of its machinery will drop that can be pushed around. This may feel awkward at first, but it has similar mechanics to other pushable objects in Destiny 2. Push the “ball” over to the platform’s man-cannon pad.

Once in the small divet on the man-cannon pad, angle the man-cannon to launch at the glowing orange cells on the center construct. Once correctly aimed, shoot the Fallen battery connected to the man-cannon with a charged Scorch cannon shot to launch the ball and destroy a part of the Fallen shield. You will need to repeat this process a total of four times before the shield completely breaks. Once done, all man-cannons will angle towards the middle platform where your hard-earned loot will be waiting for you.