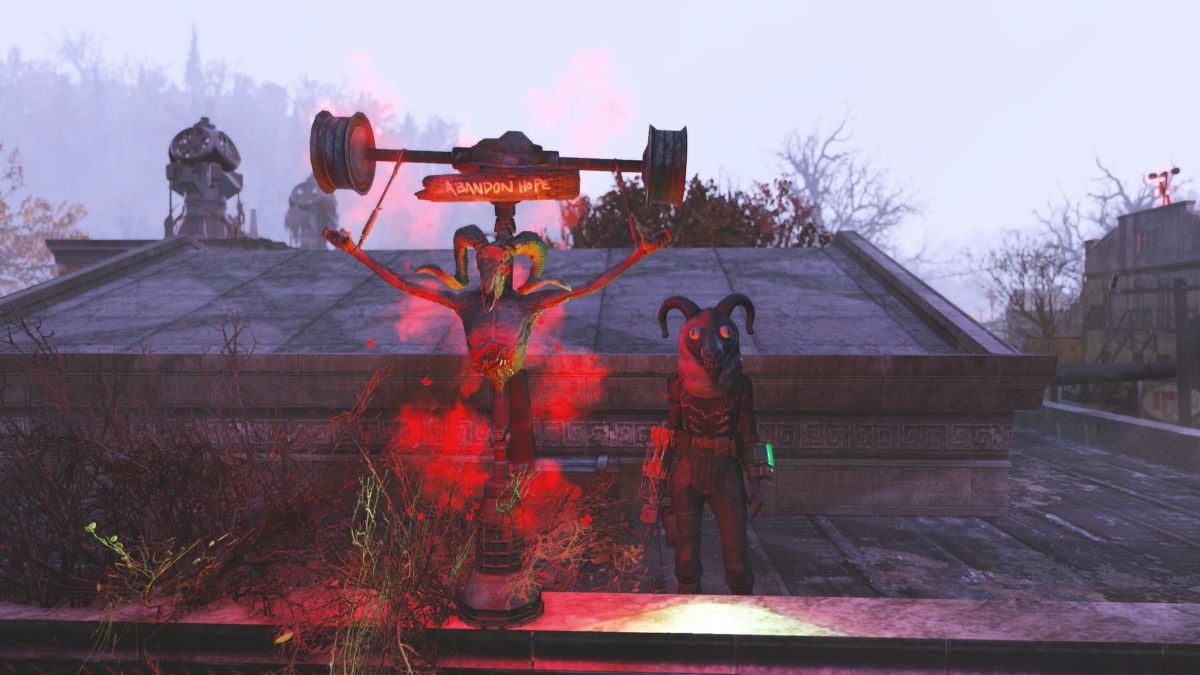 Once you speak to Interpreter Clarence, the event will begin. Clarence will give you instructions throughout the event that you must accomplish. Of course, the better you perform during the event, the higher tier rewards you will obtain. The first tasks you must complete are:

The Cultist Prophets can be found throughout the city. They roam around and you will most likely come across all of them while completing the other objectives. The Radstags are also scattered about throughout the city. You can find the blood troughs close to the pyres. The pyres are located near the bridge, at the church, and near the water on the west side of town. The totems are also scattered about. They are easy to spot since they give off a red glow. Make sure to check the rooftops.

The next stage of the event requires you to light the pyres. The three pyres are found under the bridge, in the church, and on the west side of town near the water. Walk up to the pyres and interact with them to light them. After that, the next stage will begin.

The final stage of the event requires you and your team to fan out and protect the pyres. The church pyre will be attacked first followed by the waterside pyre and last is the bridge pyre. You will have to defend the pyres against three waves of enemies. By the end, all the pyres will be attacked at the same time. Make sure to watch out for the Vengeful Mothman that spawns during this phase.