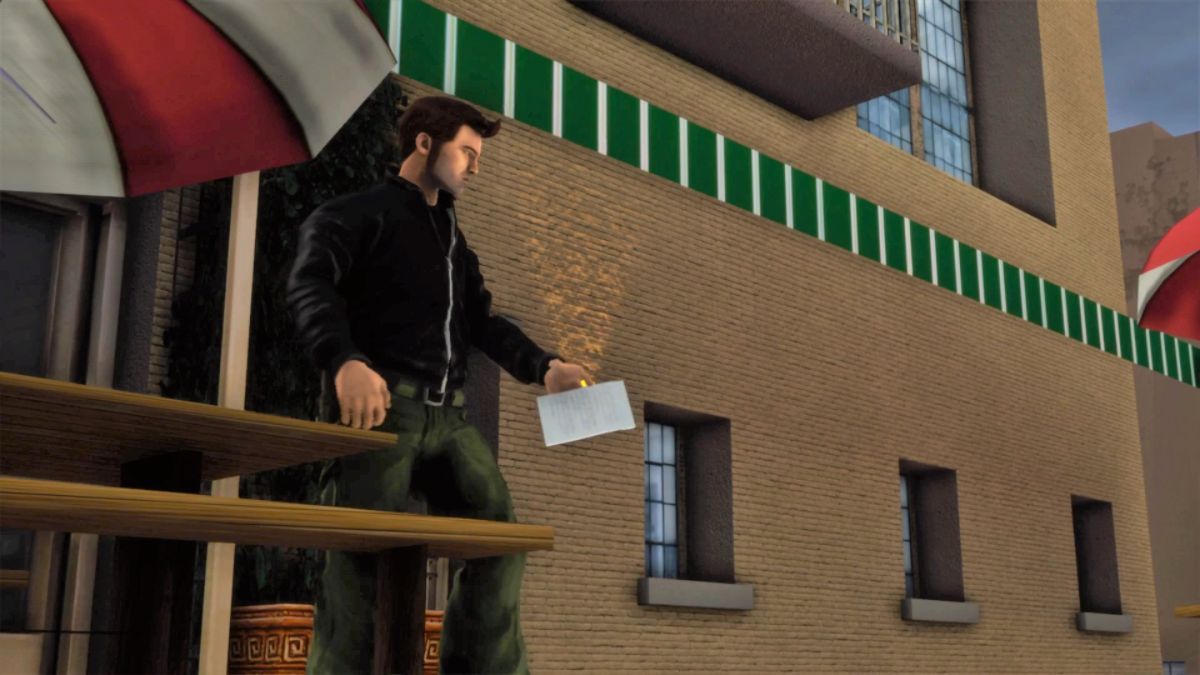 The Pick-Up is a difficult mission to beat, given that you get surrounded by Triads and there’s no cover to hide behind. To beat The Pick-Up in GTA 3: Definitive Edition, you have to prepare well, and move tactically when you get ambushed. Here’s a full walkthrough to The Pick-Up:

After you read Toni’s note, don’t head straight for the mission marker. Instead, drive a couple of blocks west to the local Ammu-Nation. Buy at least 200 bullets’ worth of Uzi and, if you’re not already at 100 health, stop off at the hospital too.

Once you’ve got enough ammo and health, head for the mission marker. When you collect the briefcase, hostile Triads will appear at the end of all three alleyways. Don’t stand and fight – they’ll overwhelm you. Instead, immediately run to the end of one of the alleyways, then turn around and open fire with your Uzi. This way, the Triads will be funneled into one alleyway, and they won’t surround you.

Related: Where to find a Mr. Whoopee in GTA 3 Definitive Edition

If any of the Triads get stuck behind corners, cautiously pick them off, then destroy the van blocking the east alleyway. If you have any grenades left over from Toni’s previous mission, Taking Out The Laundry, then they’ll come in useful here. Otherwise, you’ll have to shoot it and/or ram it. Now you just have to get back to Toni’s place in one piece and you’ve completed the mission.