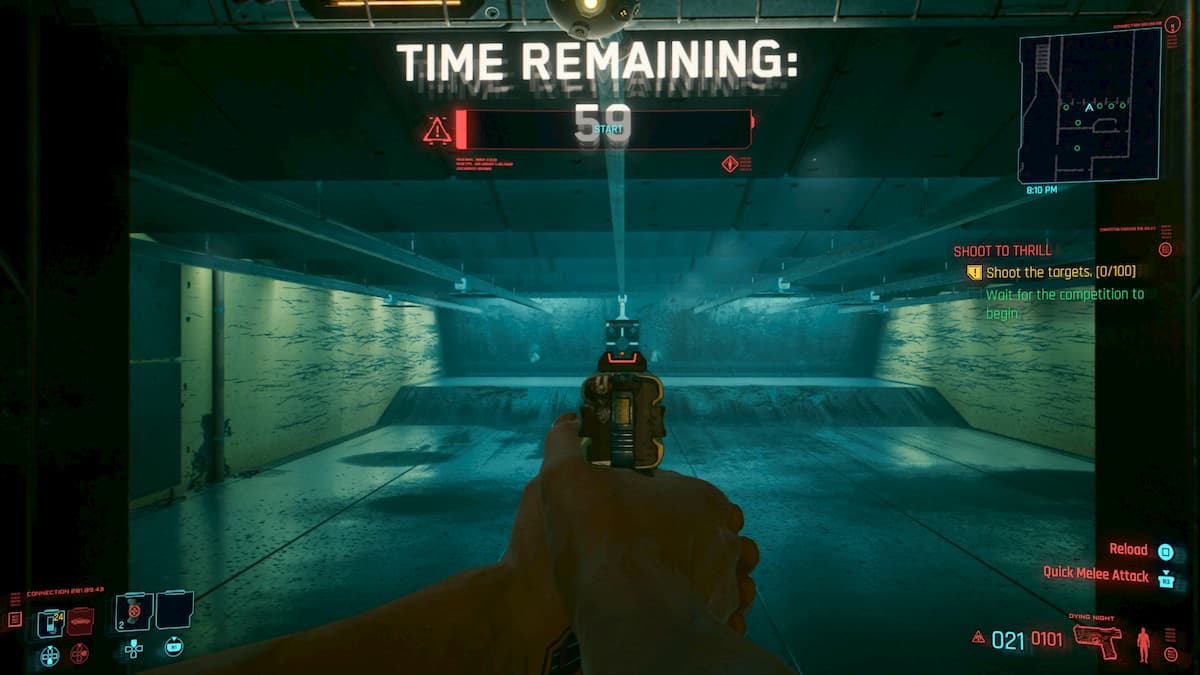 Cyberpunk 2077’s “Shoot to Thrill” side gig is a mission like no other in the game. In a nutshell, it is practically a mini-game that can only be played once per save. So, if you fail, you better have a manual or autosave file handy. However, this shouldn’t be a problem if you have one gun in particular.

Getting called by Wilson

The side gig can be received by simply playing through the campaign. After “The Space In Between” main job, Wilson should call you asking to partake in a shooting competition with five others. Before following the gig’s waypoint, the first thing you will need is a full supply of pistol ammo. If your stock is low, the closest weapon shop is to the north, in the center of Kabuki.

The mini-game pits you against four others in a the 2nd Amendment Gun Shop shooting range to see who can hit the most targets. Although, right before, Wilson will ask that everyone use a pistol. As you can earn points for hitting the same target twice, a Power Pistol with low recoil is highly recommended here – as it’s very difficult to win without one.

When you finally step into your shooting position, aim the pistol to begin the game. When it starts, be sure to hit not just the targets directly in front of you, but also those in your opponents’ aisles. To properly complete the mission and receive first place, hit at least 50 targets in the 60 second time span.

If you win, Wilson will reward you with the M-10AF Lexington Power Pistol. The weapon isn’t iconic but it is rare and does 61.7 DPS. To ensure you’ve done everything correctly, be sure to check your completed side gigs in the Journals tab.