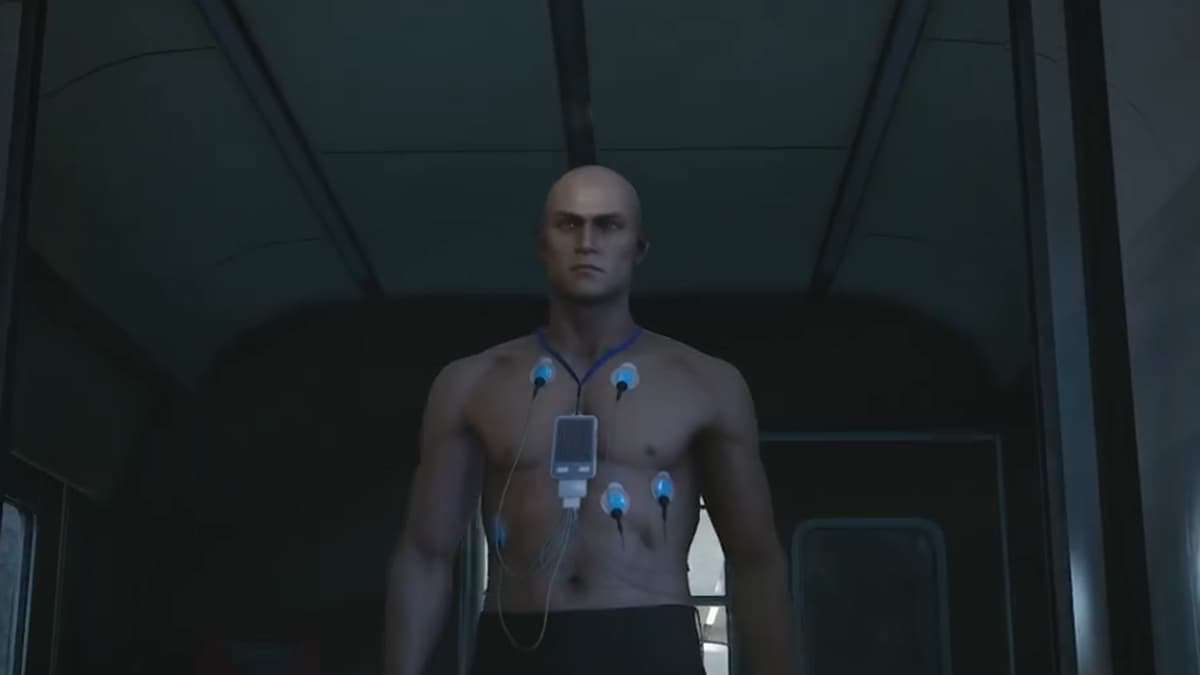 In Hitman 3, the Silent Assassin rating is the highest level rating you can achieve in a mission. If you have gotten this, it means you eliminated only the target(s), were never spotted by any enemies, deleted any surveillance footage of yourself if spotted by cameras, and no bodies were spotted by any NPCs. In the challenges, this is made even more challenging by adding in the Suit Only challenge, which requires you to complete the entire mission without switching out of the disguise you started the level with.

The game’s final mission in the Carpathian Mountains is a bit different from all the other traditional maps in the game. It is entirely linear, taking place on a moving train, giving you fewer areas to hide and sneak around enemies. If you are looking for the challenge, here is a walkthrough on how you can get the Silent Assassin, Suit Only challenge completed in the Carpathian Mountains on Hitman 3.

Before we begin, this challenge is not much different between the Professional and Master difficulties. The entire time you are in a hostile area, and without changing clothes, that never changes. The only difference is that on Master difficulty you are allowed one save slot. For those purposes, we will note when you should save the game only one time. If you are playing on Professional, feel free to save as often as you like if you are not comfortable with the steps ahead of you.

Start the game in the Laboratory and sneak up on the doctor and subdue him. Stash him in the nearby locker if you want the extra score, but it doesn’t matter. Take the Blue Laboratory Keycard and open the door in front of you.

Two people are talking in front of a whiteboard in the next room. Just crouch walk along the right side of the room while they are both looking away. In the next room, input the code 1979 into the keypad, grab the rusty crowbar and open the side door.

Now you need to walk outside of the train until you can’t continue because of ice. Look up and climb to the top of the train. Dropdown forward and subdue the lone Providence agent here. You can pick up weapons that agents drop in this run, but we will never use them, so you decide if it is essential or not to you.

Climb over the vehicle and go into the next cart. All of the enemies are in the next room, so don’t worry about being detected here. Run to the back of the room and grab the yellow valve. There is a slot to put it on to turn it and open the door to the roof. Climb up there to continue.

Climb up the next two ladders and run as far forward on the roof until you can’t go further. Drop down on the right side and enter the window. Sneak backward to find a rusty nail and a soda can you use later in the map. After grabbing the two items, go out the left window in front of the talking and sleeping agents. Move forward along the train until you can enter a window.

The next room will have a guard patrolling the hallway. Wait to go in until he has his back turned and enter the second room on the left and close the door. Wait for the guard to walk back and get behind him to subdue him. Turn around and subdue the other guard leaning against the wall. Run forward and jump over the logs to get to the room with the workbench where you can create a silencer for a pistol. Again, we are not using weapons, so this doesn’t matter to us.

On top of the train again, move forward as far as possible and drop down the right side, not the left. Enter the window, vault the bar, and crouch walk by the agents talking here. Go out the window to the right and enter the very next window to reach a safe area.

Enter the next room and exit through the window on the immediate right. Advance along the train and enter the room with the sleeping agent. There is another rusty nail here you will want to pick up. Across the hallway is a window you need to jump through. Crouch walk quickly to here, and the agents upfront should not see you.

Go forward and climb the train to then drop down again in front of the armory cart. Climb the ladder to the left, walk on and drop down to the left side of the cart. Continue forward, climb again, and drop in front of the second shortcut in the level, the container. Either walk through or climb over the shortcut and grab the fuse cell on the ground. Do NOT put it in the box here. You will need it in a little bit. Subdue the agent here and climb the ladder ahead on the left.

Ahead are a bunch of agents. Wait for the one on the right to walk away and insert the fuse cell to overload the lights blinding everyone in this section. Run forward and subdue the last guard on this platform. If he is close to the green container, dump him in here. If he isn’t, drag him into the next room and stash him in the crate near the two guards at the table. The other guards you ran past will begin searching, but don’t worry this doesn’t affect your rating.

Wait for the agent on the left to salute and walk out of the car, then subdue the one left behind and stash him in the crate. Just ahead in this room is a box on the right you can open with a rusty nail or the rusty crowbar in here for a fuse cell you need in the next area. On the opposite side is a toolbox. It is VERY important that you grab the claw hammer in there. The screwdriver will help too, but the hammer is essential for completing this challenge.

Before you go out the next door, make sure the two agents on the right that move back and forth are not looking at you. One will be patrolling up and down the cart, and the other you need to wait to crouch down and work on something on the edge of the train. Run forward and insert the fuse into the box to blind everyone here again. Run ahead, climb over the tank, and into the next room.

This spot right in front of the office disguise is where you want to save if you are playing on Master difficulty, as well as any of the others. One reason is that we are close to the end, another being that the two times we ran through this level on Silent Assassin, the first office worker’s detection is very finicky.

Sometimes he walks through the wall and sees you run by, and others, he sees you when it appears he is looking away. You can distract him to come to you and subdue him when the guard is turned away, which is the action we recommend going with, but there is a chance to run past him and subdue the guard and hide him in one of the rooms. Remember, if you are crouched against the wall, you can subdue him from your cover without him detecting you, even if he is looking in your direction.

After taking care of the guard, move into the next room. Position yourself on the left side of the door ahead, open it, and throw an item in the opposite corner to distract the woman at the desk. Subdue her and take her to the bathroom locker in the previous area.

Now there are two ways to get past the next two people. First is the safer route, but you had to grab the screwdriver from earlier. Stab the water cooler on the right to make the office worker check out the leak, and when he is close enough, do the same thing you did to the woman by luring her into the smaller room. You can then distract the guard with items and take him out as well.

For the riskier way without the screwdriver, crouch and move slowly forward until the guard begins to spot you. When his detection gets close to compromising you, crouch run back to the small room. He will check out the area, giving you a chance to knock him out and sneak past the office worker. Timing is everything here. Move too fast, and he will not investigate, but move too slow, and your silent assassin rating will be gone.

Now there is only one obstacle left before we get to Edwards. Using your claw hammer, knock out the first woman you see in the next room. For whatever reason, you cannot choke her out like 47 normally can to people in chairs.

Pick up your hammer and take cover along the first desk ahead. Throw your hammer to lure the male worker over, sneak around and subdue him. Drag him near the first worker you knocked out so the last woman doesn’t accidentally see him.

Pick up your hammer again, throw it behind the female worker and run up and subdue her to take out your last threat.

Now all there is left to do is pull the lever outside of the door to release the train carts behind you, walk into the office, and kill Edwards. Finish the level and at the summary page you will have earned five stars and the silent assassin rating.