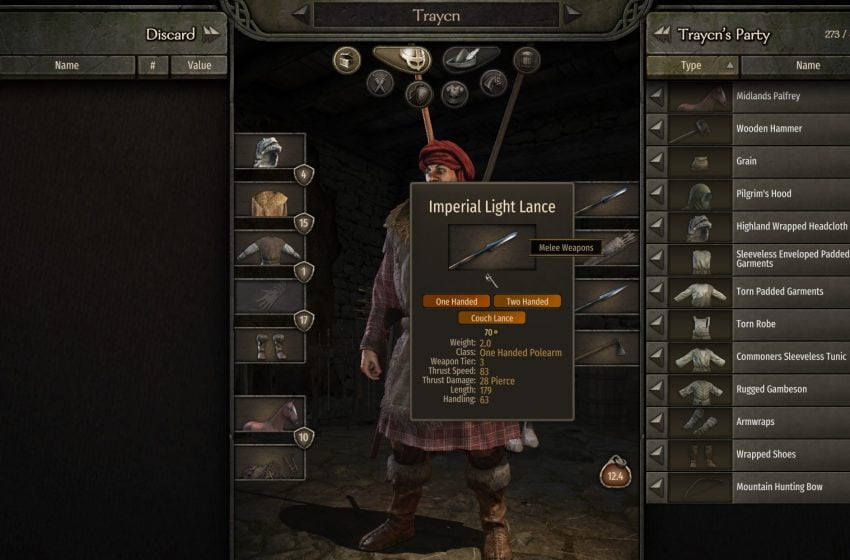 Doing a couch lance is a Mount and Blade technique that continues in Bannerlord, which is when a player with a spear on top of a horse unleashes a powerful attack against an opponent. It takes a bit of practice to perform it, though. When you land it correctly, you can do some severe damage against an opponent. You want to learn how to perfect to help your troops win a battle early.

You first need to find a spear that has the “couch lance” ability. You can see if it has it by hovering over the weapon and seeing if you have the highlighted ability. It should show up right in the small tab window that pops up detailing the weapon’s weight, damage, weapon tier, and additional information. If your spear does not have the couch lance ability, you will not be able to perform it while on a horse. If you do see it, you should be good to go.

When you have your spear in hand with the ability to couch lance, to land it, you need to reach a reasonable speed with your horse. This varies on the creature you’re riding. When you reach enough speed, press the attack button, and your character will pull the spear back. Once you release the attack, the spear jets out in front of you and your horse, stabbing whatever enemy you’re running towards. Above your health and your horse’s health icon, you should see a spear going up and down, indicating you’re performing the couch lance attack. If you land it properly, you should deal of great deal damage, potentially killing foes in one shot.

The technique relies on speed and timing, so try to take your time mastering it. The couch lance attack is fearsome, so use it to rout foes before your allies receive too much damage.