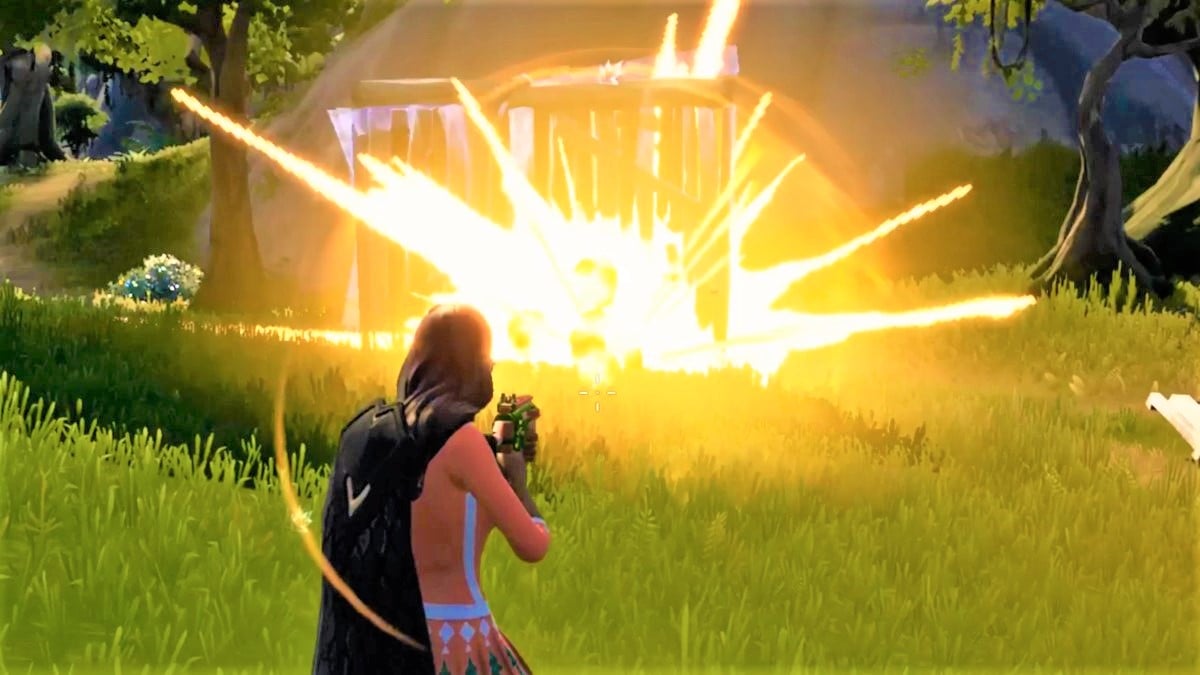 The best place to find a Gas Can in Fortnite Chapter 3 Season 1 is at a gas station. There are usually a couple of them in the maintenance shed along with tires and tools, and sometimes an upgrade bench and/or vehicle. To be clear, you’re looking for the small, red refueling cans that you can pick up and add to your inventory. The large blue drums sometimes found in the backyards of gas stations are not Gas Cans. Neither are the Gas Pumps.

Related: How to use a Shield Keg in Fortnite Chapter 3 Season 1

Fortunately, most players build quite a lot of structures in Fortnite, so finding one during the course of a match isn’t usually difficult. If you’re feeling bold you could damage a freshly built structure that still has an opponent standing in, on, or behind it, but again, it’s easier to just find a long-abandoned structure and complete this quest without the impending threat of elimination. To damage the structure, simply use the fire button to throw the Gas Can at it (don’t worry, the impact won’t make it explode), then retreat to a safe distance and fire rounds into the can until you see flames. In a second or two it’ll explode, and 25,000 XP will be yours.